To read Menachem Kaiser‘s new memoir, “Plunder: A Memoir of Family Property and Nazi Treasure” is to go down a rabbit hole with him.

It is to take a six-year-long “wild goose chase” through the Polish legal system as Kaiser attempts to reclaim ownership of the apartment building in Sosnowiec, Poland, that belonged to his great-grandparents before they were murdered in the Holocaust.

It is also to literally go deep underground with Kaiser as he falls in with a group of Nazi treasure hunters and explores a series of mysterious World War II-era tunnels hewn into the mountains of Lower Silesia in southwestern Poland.

Finally, it is to be taken through the twists and turns of the author’s mind as he tries to make meaning of all the discoveries, experiences and interactions along the way.

By the end of the book, which was published on March 16, Kaiser is far from having all the answers. He still doesn’t know how his grandfather (whom he never knew) survived the Holocaust. He also doesn’t have a satisfactory explanation for why his family was not in touch after the war with a survivor relative whose amazing story Kaiser improbably learns from Nazi treasure hunters.

Kaiser, 35, is also unsure when exactly his restitution claim will be settled, but it seems as though it may be soon.

“We’re waiting for word that should come any day about when the final legal proceeding will be scheduled. That step will supposedly be just a formality,” Kaiser told The Times of Israel in a recent interview from his home in Brooklyn, New York.

Kaiser, who grew up in an Orthodox family in Toronto, is deliberating whether to go to Poland for the final proceeding. He wants to be there for the sense of closure, but is wary of  getting on a trans-Atlantic flight during the Covid pandemic.

Kaiser uses levity to keep his growing frustration at bay. In “Plunder,” he dubs his elderly Polish attorney as “The Killer,” and writes about her pink velour tracksuits under her legal robes. She is thus attired as she must absurdly prove to the court that Kaiser’s great-grandparents are actually dead, despite the fact that no one has seen them in eight decades and that by today they would be 130 or 140 years old. 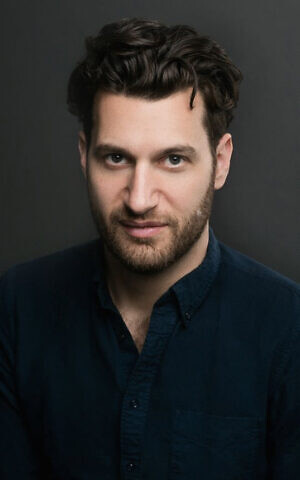 Indeed, there is nothing amusing about how difficult it is for Jews to gain restitution (either to regain ownership or to be compensated) for property stolen during WWII and later transferred to the Communist regime.

According to Michael Bazyler, a law professor at Chapman University and an expert on the Holocaust and restitution following genocide and other mass atrocities, there was popular and government support for the return of confiscated property after the fall of Communism in 1989. However, efforts were unsuccessful.

“Poland has changed, so we are at the point now where we are stuck. The assertion that you can go through the highly formalistic Polish litigation system and get your property back is an illusion. The process is impossible. Things take years,” Bazyler said in a phone interview from Los Angeles.

Bazyler’s assertion is supported by a report mandated by the Justice for Uncompensated Survivors Today Act, or JUST Act, passed by the United States Congress in 2017, stating that the current  process of restitution of Jewish property in Poland is “lengthy, cumbersome, costly, and largely ineffective.”

In an article Bazyler co-wrote for the Loyola Law School International and Comparative Law Review, he noted that there is no alternative of filing a lawsuit in the US, because precedents failed on jurisdictional grounds.

“Other European countries have passed comprehensive restitution laws, which allow for a lower standard for burden of proof. Having a claims resolution process outside the usual Polish courts would be the only way to untangle the Gordian knot,” Bazyler said. 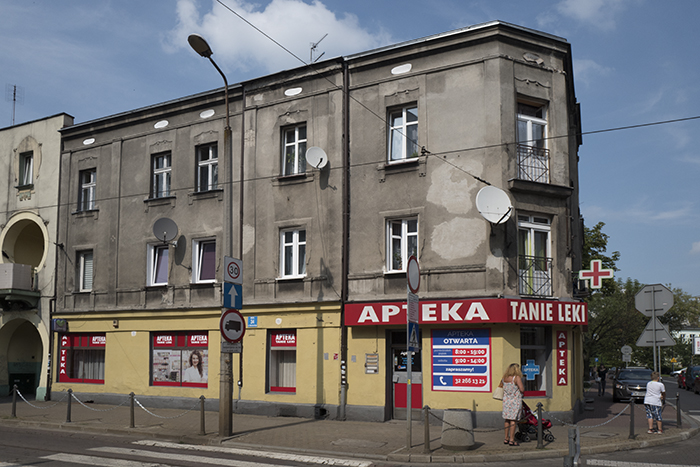 Building at Małachowskiego no. 34 (formerly no. 12) in Sosnowiec, Poland, which Kaiser’s great-grandparents owned and that he is trying to regain ownership of. (Menachem Kaiser)

The victory of the right-wing nationalist Law and Justice Party in the 2015 Polish parliamentary elections proved bad timing for Kaiser’s restitution claim, which he filed that year.

“I was a Jew coming back for his family property — this is a veritable trope in Poland,” he wrote in his memoir.

However, the stakes quickly became clear to Kaiser, as the new coalition pushed historical revisionism and used Jewish restitution claims as a political scare tactic.

Kaiser’s case also coincided with an unsubtle attack on the independent judiciary. “I couldn’t believe that it became a trust issue. I had to question the judge’s allegiance,” Kaiser said. 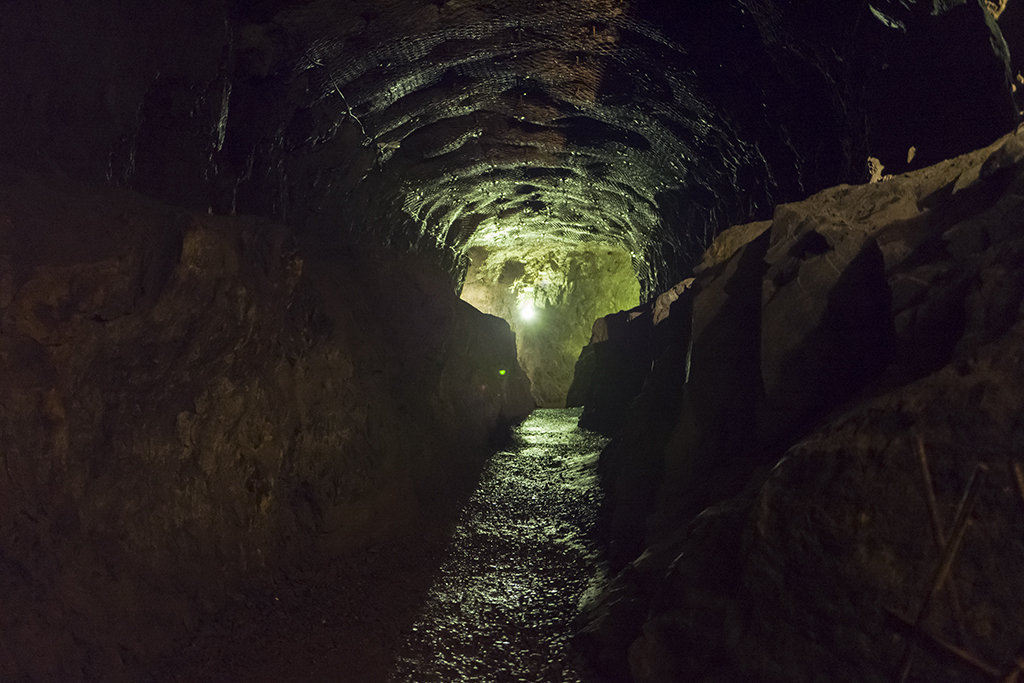 With his claim stuck in litigation hell, Kaiser oddly found himself in 2016 drinking around campfires with treasure hunters, and adventurously venturing with them into caves and tunnels in a region that remained part of the Third Reich during the war.

Fascinated by news of the possible discovery outside the town of Walbrzych of the apocryphal Nazi Gold Train (not to be confused with the Hungarian Gold Train), Kaiser got in touch with Polish writer, explorer and forensic archeologist Joanna Lamparska. She in turn introduced him to the treasure hunting community.

Lamparska told The Times of Israel that there are estimated 100,000-plus explorers in Poland. Lower Silesia is a focal point because it is believed to have been a prime region for the Nazis to have secured documents, archives, and stolen museum collections and pieces of art. In addition, as the Red Army advanced, German citizens left behind hidden valuables as they fled westward. 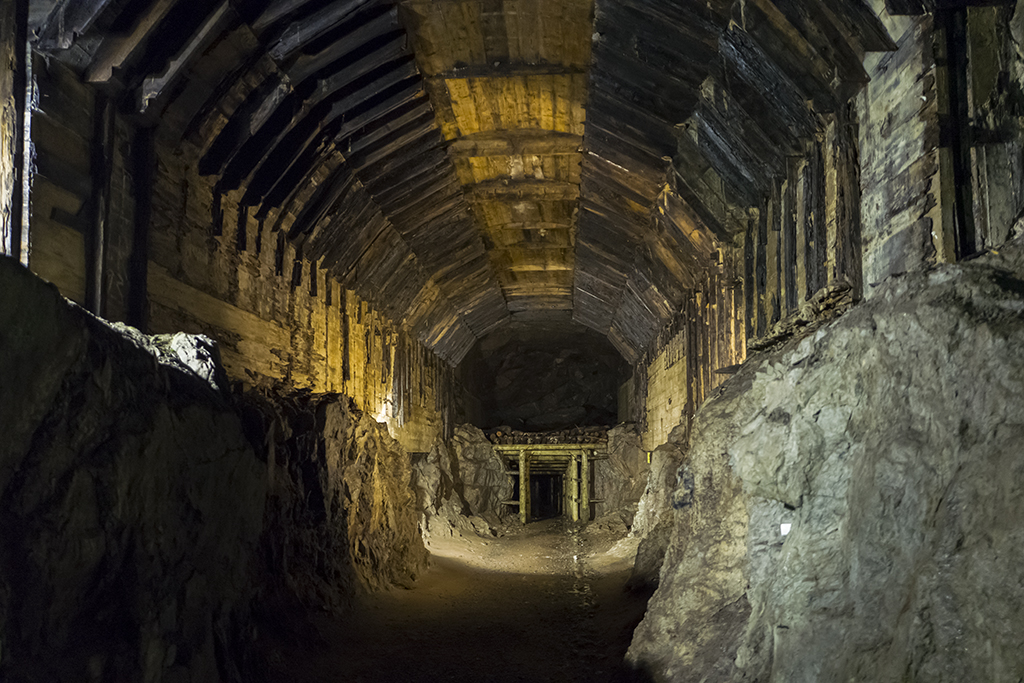 “I am a very busy person, but my intuition told me that I could make an exception for Menachem and show him the world of Polish explorers,” Lamparska said.

“We did not know then that Menachem was a relative of Abraham Kajzer. But it was like touching history, feeling its breath [once we knew],” she said.

Who was Abraham Kajzer?

Abraham Kajzer is revered by the Nazi treasure hunters of Lower Silesia, his Holocaust memoir “Za drutami śmierci“ (Behind the Wires of Death) serving as “a kind of bible” for them, according to Lamparska.

Kaiser was initially unaware the he was related to Kajzer, who was his great-grandfather’s first cousin. Kajzer survived the war and immigrated to Israel, but for unknown reasons, Kaiser’s grandfather was not in contact with him and did not mention him to his family. 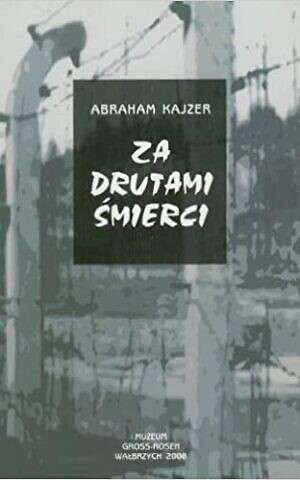 Abraham Kajzer’s Polish-language Holocaust memoir. It’s title translated as ‘Behind the Wires of Death.’ A Hebrew version of the book, ‘Bein Hameitzarim,’ was also published. (Museum of Gross-Rosen)

A survivor of the brutal Gross-Rosen slave labor sub-camps, Kajzer kept a detailed diary of his internment in eight of them after being transferred from Auschwitz. Kajzer wrote in Yiddish on scraps of cement bag paper, which he hid in camp latrines. After the war he went back and collected the scraps, and brought them to Adam Ostoja, who translated them and published the memoir in Polish. (A Hebrew edition was published in Israel with the title, “Bein Hameitzarim.”)

The camps in which Kajzer was interned were among the 12 (of a total of approximately 100) Gross-Rosen sub-camps specifically dedicated to the construction of the Riese — giant in German — Project inside the Owl Mountains.

Construction on the project, a complex of tunnels and chambers covering almost 200,000 square meters, began in 1943, and was later blown up or sealed off, and abandoned by the Nazis as they faced defeat. Today, some parts of the complex are organized tourist attractions.

According to Bella Gutterman, former director of the International Institute for Holocaust Research at Yad Vashem in Jerusalem, treasure hunters are mistaken in thinking they will find valuables there.

Gutterman is the author of “A Narrow Bridge to Life,” a study of Jewish forced labor at Gross-Rosen. She and other historians believe that Riese was meant for military purposes. It was to be a secure underground bunker for the manufacture and storage of aircraft and rockets. It is also thought to have been built as a fortified headquarters for Hitler and the Nazi leadership. 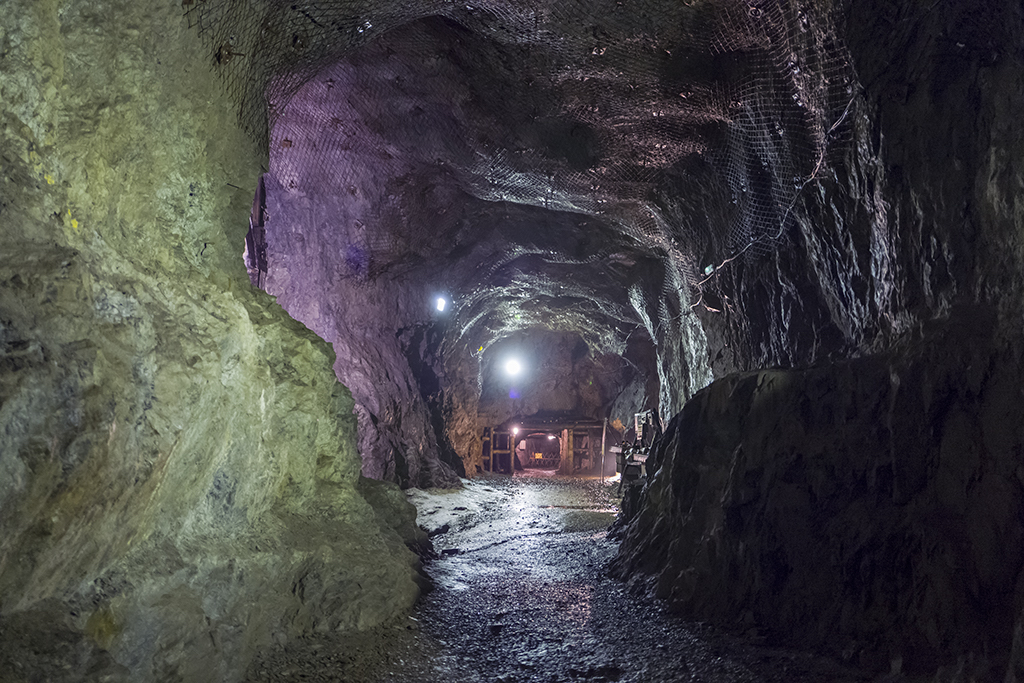 Kaiser learned that some conspiracy theorists contend that Riese was for hiding Nazi time machines and flying saucers.

With concern for the suffering and dying of the slave laborers, Kaiser isn’t generous with such outlandish contentions. “Personally I am comfortable pathologizing beliefs in Nazi time machines,” he writes.

Lamparska asserted that the explorers and treasure hunters she knows who deal with Riese are motivated by legitimate history and are “well aware of the drama of the people who used to work here.” She said it was thanks to several treasure hunting groups that traces of sub-camps were discovered, documented and memorialized.

“This is off-the-map Holocaust research and site maintenance. These people are preserving sites that others wouldn’t care about, so I don’t condemn them for what they are doing,” Kaiser said.

And if it weren’t for this community, Kaiser would never have learned about Abraham Kajzer, and then gone on to unearth the full account of how Kajzer survived the final weeks of the war after escaping the labor camps.

It turned out to be a love story, and the part of Kaiser’s Polish quest he found most heartening. It’s a tale of great humanity, and one that questions widely held assumptions.