Israel’s cabinet on Sunday approved the appointment of 36 ambassadors and consuls general whose postings had been held up by former prime minister Benjamin Netanyahu for over half a year.

Ambassadors were also approved to be sent to key European allies, including Poland, the Czech Republic and Cyprus.

Rafi Shotz, who made news in 2010 when he received antisemitic postcards from schoolchildren as Israel’s ambassador to Spain, will represent Israel in the Vatican.

Foreign Minister Yair Lapid said in a statement that “the appointments approved today have waited for too long.”

Foreign Minister Yair Lapid arrives at the president’s residence in Jerusalem for a group photo of the new government, June 14, 2021. (Yonatan Sindel/FLASH90)

“Israel needs the best people in order to fight for its good name in the world. These are among the best professionals in Israel, who represent a central and critical part of protecting Israel’s diplomatic and security position in the world.”

The envoys on the list had been approved by the Foreign Ministry between August and December 2020, but have since been waiting for cabinet approval.

Earlier this month, a petition was filed to the High Court of Justice urging it to force the then-prime minister to explain why he had not approved the appointments, which had left one-third of Israel’s diplomatic missions short-staffed.

Over the past six months, Foreign Ministry employees had reached out several times to Netanyahu, Defense Minister Benny Gantz and then-foreign minister Gabi Ashkenazi, urging them to bring the appointments before the cabinet for approval, the petition said.

While Gantz had supported moving forward with the approval, under the previous coalition agreements between himself and Netanyahu both of them were required to approve such diplomatic appointments. The terms of the agreement remained in place even after their coalition fell apart last year, and were only invalidated when a new government was sworn in last week. 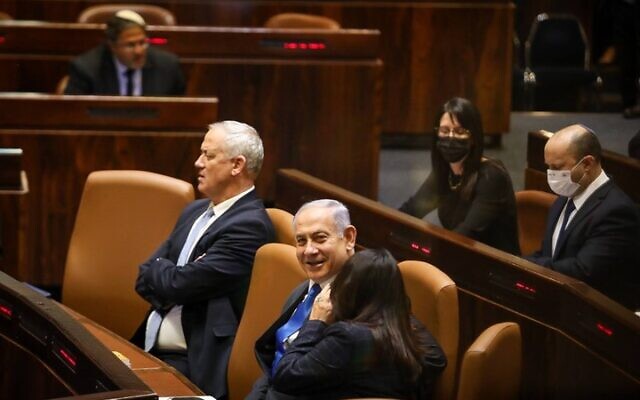 As he took his post last Monday, Lapid accused Netanyahu of leaving the diplomatic corps in shambles.

Also Sunday, ministers voted to extend Lt. Gen. Aviv Kohavi’s tenure as head of the Israel Defense Forces for an additional year, and approved a proposal to establish a state commission of inquiry into the Mount Meron fatal crush.