The Health Ministry on Tuesday presented ministers with a plan to gradually reopen the economy after the nationwide lockdown, as businesses threatened to revolt and open this week in defiance of the government.

The plan, which lays out targets and sets conditions for moving from one stage to the other, was floated as the number of daily virus cases remained above 7,000, despite a weeks-long lockdown that shut down most commercial activity and closed schools.

According to the draft presented to ministers by the Health Ministry, the economic restart will be split into three stages. The proposal, reported by Hebrew media, envisions reopening gyms, malls, hotels and other sites in two weeks’ time to the vaccinated and to Israelis with a negative coronavirus test — and coffee shops and restaurants to the general public by early March.

The coronavirus cabinet on Tuesday evening approved the education section of the reopening stages. The ministers debated the rest of the Health Ministry framework, but did not vote on the proposal.

Effectively, the first stage began when Israel eased the lockdown Sunday, canceling the restrictions on being more than 1,000 meters from home, and allowed the opening of nature reserves and restaurants to serve in-person takeout (as opposed to delivery-only).

This stage allows the reopening of kindergartens and grades 1-4 in cities designated as “green” and “yellow” in the government’s color-coding system for morbidity rates, as well as in “orange” cities — provided 70% of the city’s 50+ population is inoculated. That part of the plan was approved by ministers on Tuesday and will go into effect on Thursday.

The requirements for the first stage were: Two million people vaccinated with a second dose, 80 percent of those over 50 inoculated, under 1,100 serious COVID-19 cases in the country, and an R-value, the reproduction number of the virus that measures transmission, of less than 1. 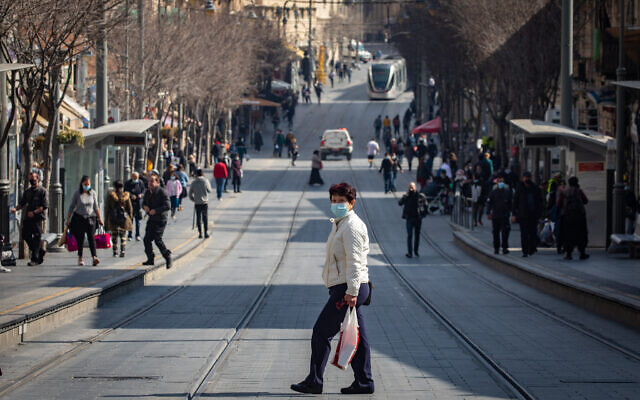 The second stage of reopening is estimated to begin February 23, provided three million people are inoculated with a second COVID-19 vaccine dose, 90% of Israelis over 50 are inoculated, there are under 900 serious COVID-19 cases, and the R-value stands at less than 1.

This stage will permit the opening of grades 5-6 and 11-12 in low-infection cities designated as “green” and “yellow,” with moderately infected “orange” cities as well — provided 70% of the city’s population is inoculated.

According to the draft, the second stage will enable the opening of non-essential street stores — for all citizens. Malls, gyms, hotels (rooms only), museums, and more will reopen for carriers of a “green pass” — a permit for those inoculated, recovered, or those who have a negative coronavirus test result from within the last 72 hours. 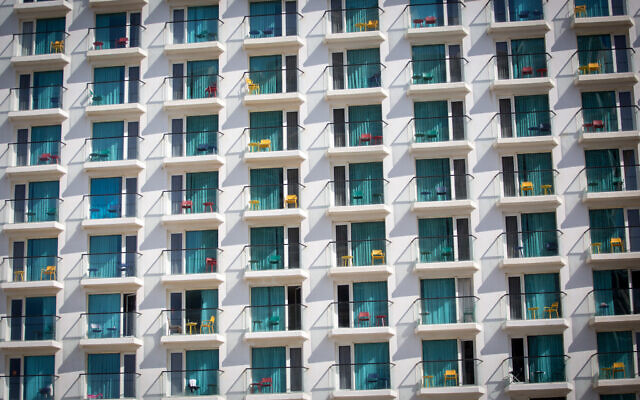 The third stage of reopening is estimated to begin March 3, provided four million are fully inoculated, 95% of those over 50 are inoculated, and serious COVID-19 cases and the R-value remain stable with no incline.

The third stage enables grades 7-12 to reopen in cities designated as “green” and “yellow,” and in “orange” cities if 70% of the population is inoculated.

The draft presented to ministers states that at this stage, coffee shops and small restaurants will be permitted to reopen to all citizens, with larger events and hotels open to those carrying a “green passport.”

At all stages, educational activities will be permitted in “red” cities for up to 10 people, outdoors. At the same time, cities designated as borderline “orange,” will receive priority COVID-19 testing for students.

Hotels, malls, restaurants threaten to open ahead of time

Despite the government framework, some hotels are planning to reopen Thursday.

“If there is no official government decision, we will make a decision ourselves, and we will prove that it is possible,” a hotel chain source told Channel 12 news.

Isrotel CEO Lior Raviv told Channel 12 that “the worst situation for our industry is uncertainty, and in a situation of uncertainty, people take their fate into their own hands, because there is no choice.” 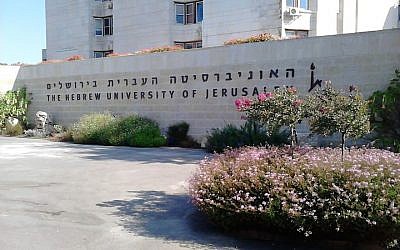 Illustrative photo of the entrance to the Hebrew University of Jerusalem. (Wikimedia Commons via JTA)

Some 5,200 employees of Isrotel have been on unpaid leave for almost a year, Raviv said.

A group representing malls and restaurants has also warned they’ll reopen on Thursday to the vaccinated, recovered, or those who received a negative test within 72 hours, as well as children under 16.

In addition, the Hebrew University of Jerusalem is formulating its own plan to reopen next semester for those fully vaccinated or recovered from the virus, according to a report by the Haaretz daily. The head of the university said that almost all staff and faculty members have been vaccinated, calling upon students to do the same. 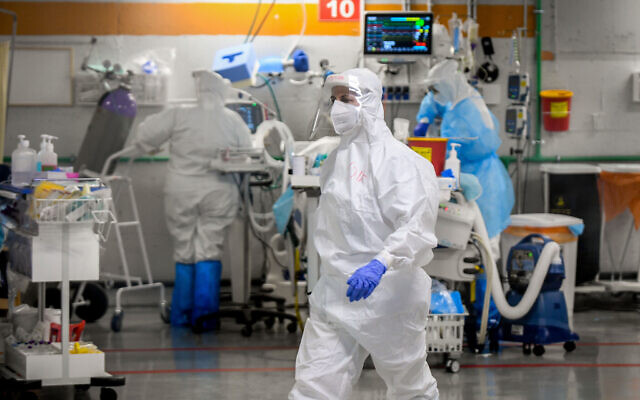 The fast-spreading British variant of the coronavirus has been blamed for the failure to rein in the spread.

Also Tuesday, Sheba Medical Center at Tel Hashomer stated “the new [COVID-19] mutations cause much more serious illness and affect younger people,” adding that most of those connected to extracorporeal membrane oxygenation (ECMO) machines, are in their forties and fifties, compared to the previous waves when most were in their sixties.

Israel’s successful vaccination program with the Pfizer/BioNtech shot is also ongoing, with 3,575,259 receiving the first dose. Of them, 2,200,359 had also received the second dose as of Tuesday evening, though the drive has slowed over the past week.