The CEO of the Hadassah Medical Organization, Prof. Zeev Rotstein, has been summoned for a hearing ahead of his potential firing, Hebrew media reported Monday, after five tumultuous years in which he repeatedly sparred with numerous officials in the hospitals under his management.

Rotstein became Hadassah CEO in January 2016, after managing Sheba Medical Center for over a decade.

During his tenure, he became embroiled in conflicts with the medical organization’s owners and board of directors, Finance Ministry officials, senior doctors and hospital employees. In one case, all the doctors in the pediatric hematology and oncology department quit over a dispute with Rotstein.

Rotstein’s conduct drew criticism, including over his alleged facilitation of VIP treatment for various officials, including top Hasidic figures when the ultra-Orthodox Yaakov Litzman was health minister.

Hadassah Medical Center consists of several care and teaching centers across Jerusalem, including two large hospital complexes — one in Ein Kerem, at the southwest end of the city, and the other on Mount Scopus, at the northeast point. Hadassah has over 1,000 hospital beds, several operating rooms and intensive care units, and at the Ein Kerem campus it runs the busiest emergency room in and around Jerusalem.

Hadassah Medical Organization, a public benefit company, owns and operates Hadassah Medical Center, with all its hospitals and services. Hadassah, the Women’s Zionist Organization of America, is the primary patron of the company, holding a third of the seats on Hadassah’s board of directors and contributing regularly to its budget via donations and fundraising.

Following years of financial mismanagement, Hadassah had accumulated a deficit of close to NIS 1 billion ($281 million) by 2014. Unable to pay salaries and with debts accumulating, the hospital was close to ceasing operations.

In 2014, Hadassah Women reached a bailout agreement that would provide the hospital with a total of NIS 3.3 billion ($930 million) over seven years to enable it to become financially independent and sustainable.

As part of the agreement, Israel had agreed to invest a total of nearly NIS 1.5 billion ($422 million) during that period. Most of the bailout would come through direct payments to the hospital, and some through grants and the freezing of existing debts to government-owned suppliers.

Hadassah Women, for its part, committed to investing nearly NIS 700 million ($197 million) over the same period, through one-time grants as well as annual support.

But in 2019, it turned out that Hadassah’s financial situation was even worse than the earlier prediction, and the Finance Ministry at the time summoned Rotstein for questioning as part of an investigation on the matter, including on whether he had inflated doctors’ salaries. 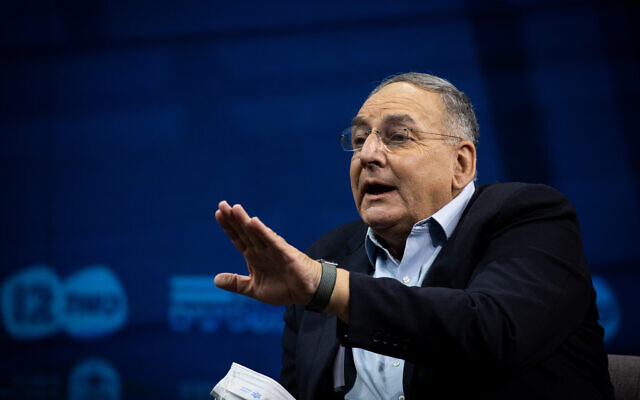 “It’s no big secret that for a long time there has been tension between the board of directors, Hadassah Women and Prof. Rotstein due to his conduct,” Hadassah sources were quoted as saying Monday by Hebrew media. “Beyond his unusual personality and the disputes he created with Finance Ministry officials, there’s a problem here because we are responsible for the health of about a million people.

“We gave him multiple chances,” the sources added. “He condescends, he thinks he’s above everyone else and he does whatever he wants, and his conduct is bad for the hospital’s functioning.

“There were initiatives the board of directors learned about via the press. With Rotstein there were all sorts of ideas that would have been great for a private investor, but not at the expense of Hadassah’s public funds, which are supposed to go toward service for sick people in Jerusalem.

“Against this backdrop and many personal problems — like his lack of ability to work with people in the system and outside it, we reached this situation, and today a letter was sent to him ahead of his termination.”

The board of directors officially refused to go into detail about the reasons, but confirmed it had unanimously decided to summon Rotstein to a hearing “to weigh the termination of his employment at Hadassah.”