The UN official recently arrived in the Gaza Strip in an attempt to stabilize the fragile ceasefire between Israel and Gaza-based Palestinian terror groups.

Both sides have violated the truce in recent days: Palestinians have launched incendiary balloons into Israeli territory, torching swaths of open land, and Israel has responded with airstrikes against Hamas targets.

“It was a bad meeting. It was not positive at all, and we clarified to the [United Nations] delegation that we would hold a meeting of Islamic and national factions in Gaza to decide our next steps,” Sinwar told reporters following the meeting.

“It seems that the occupation did not get our people’s message,” added Sinwar, referring to Israel.

Wennesland’s office did not immediately respond to a request for comment.

Hamas has demanded that Israel lift tightened restrictions on the Gaza Strip in exchange for continued calm, as well as permit Gaza to rebuild after the 11-day battle between Israel and the terror group.

Israel has maintained tighter than usual restrictions on the coastal enclave since the end of the operation. Defense Minister Benny Gantz has said a full lifting of restrictions will not take place until two Israeli civilians that Hamas is holding, along with the bodies of two Israeli soldiers, are returned to Israel.

During the recent round of fighting between Israel and Hamas in May, Israel shut down all the crossings with the Gaza Strip. Only a few exceptions were made for specific aid convoys to enter the coastal enclave during the fighting. Gaza-based terror groups bombarded some of the convoys, wounding one Israeli soldier, the Israeli military said.

Israel has eased a few of the restrictions since the 11 days of fighting. Gazans seeking medical care were allowed to leave the enclave for treatment in hospitals in Israel and in the West Bank. 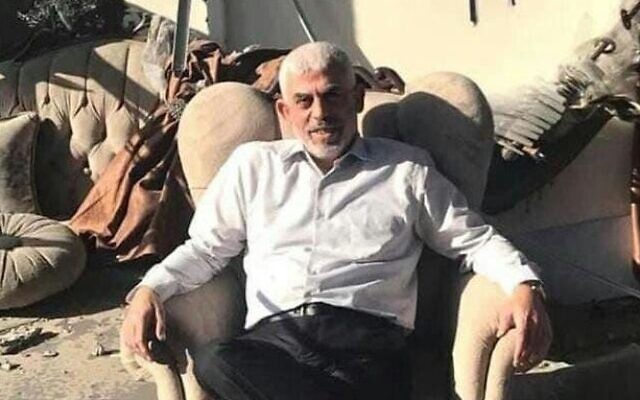 But Israel still maintains tight control over goods that enter and leave the Strip. Defense Minister Benny Gantz has said that Israel will not permit a full reconstruction of Gaza — with the resulting influx of materials — without the return of two Israeli civilian captives and the bodies of two Israeli soldiers currently held by Hamas.

Hamas, for its part, has rejected any connection between the reconstruction of Gaza and a potential prisoner exchange with Israel.

On Monday morning, the Israeli government relaxed some of the restrictions, allowing the export of textiles and agricultural produce from the Gaza Strip to Israel and the West Bank.

But an official in the Hamas-run Gaza Crossings Authority stressed that the situation had yet to return to the pre-war status quo.

“The opening [of the crossing] is only partial,” Crossings Authority Director-General Rami Abu Rish said in a statement.