Health Minister Yuli Edelstein said on Sunday that with virus infection numbers still rising despite a partial lockdown begun last week, he will now push for a total closure of the country.

During a visit to a vaccination center in the northern city of Nazareth, Edelstein warned that since current infection numbers are skyrocketing, “there is no avoiding a full-blown lockdown, including closing schools.”

Last week Israel began its third national lockdown since the start of the virus outbreak, but the closure has been slammed as ineffective and full of holes, including schools and workplaces remaining largely open and a lack of enforcement.

“We’re going through a very severe outbreak and are probably in a more dire situation than we were in at the beginning of September,” Edelstein said, referring to the period before Israel began its second lockdown.

“We will demand a full-blown lockdown for two weeks,” he said. “We need to deal one strong blow to morbidity rates and embark on a new path together.”

On Sunday morning the Health Ministry said there were 50,299 active cases in the country, with 3,977 new coronavirus cases confirmed the previous day; case numbers tend to see a drop over the weekend when testing rates are lower. The death toll stood at 3,392. Last week daily cases broke through the 6,000 mark.

Nonetheless, Edelstein expressed optimism about the country’s mass vaccination campaign, which has so far given the first of a two-shot inoculation to over one million of Israel’s nine million citizens.

“It is hard to believe, but we are ten percent of all those who have been inoculated in the world,” he said, estimating that “by the end of March, the beginning of April, most people who want to get vaccinated will be able to get vaccinated and then we will be able have a broad opening of the economy and culture.”

He also rejected the idea of delaying giving the second round of injections to those who have had the first in order to use dwindling supplies to enable more people to get the first shot, a policy under consideration in Britain. The first shot of the Pfizer vaccine being used offers about 50 percent protection against the virus, while the second boost defenses to over 90%.

“We won’t do a partial job,” he said and noted that so far the vaccinations have focused on those most at risk, namely medical workers, those over 60, and those with compromised health.

“The unequivocal position of the health care system is two shots,” he said. “Anyone who got an appointment for the second shot will go and get it.”

Earlier, Health Ministry director-general Chezy Levy told the Ynet news site that the virus was “running amok” and that a tight and well-enforced lockdown was needed.

“The congestion in the hospitals has doubled. Morbidity is not limited to certain localities or sectors — there is an increase throughout the country,” Levy said.

A military task force forming policy to deal with the virus outbreak also urged a full lockdown due to the recent spread of a new, more contagious strain of the coronavirus.

Chezy Levy, the director-general of the Health Ministry, at a COVID-19 vaccination center in Herzliya on December 20, 2020. (Flash90)

Calls for a full lockdown also came from a newly formed broad representation of the country’s commercial sector, which issued a deadline to the government that unless it applies the measure within 24 hours to significantly bring down coronavirus infection numbers, businesses will ignore current closure orders and open en masse at the beginning of next week.

The Israel Commerce Forum was established to unite national commerce, shopping mall, markets, and restaurant organizations in confronting government policy during the lockdown. At a Tel Aviv press conference, leading figures from its member organizations said they were prepared to back a full lockdown to replace the ongoing porous closure for the sake of driving down numbers to enable opening commerce in the near future.

Retail stores, malls, street-level stores, and restaurants have been among those placed under the strictest and most prolonged restrictions during the virus outbreak, forcing many out of business.

The forum demanded a ten-day hermetic lockdown in which only grocery stores, pharmacies and other essential retailers would be permitted to stay open, but only till 7 p.m. The entire education system should be shut down, they said. 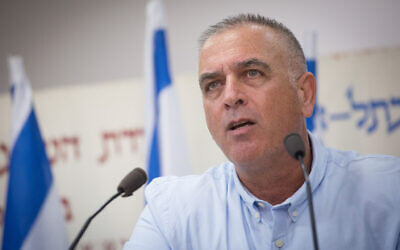 Shahar Turgeman, chair of the Association of Fashion and Catering Retail Chains in Israel, at a press conference in Tel Aviv, January 3, 2021. (Miriam Alster/Flash90)

If the government fails to comply, the forum said, its member organizations will instruct stores to open doors to the public on January 10.

Stores that violate the lockdown could face hefty fines.

The chair of the Association of Fashion and Catering Retail chains in Israel, Shahar Turgeman, said that 90,000 businesses have been forced to close due to coronavirus restrictions since the pandemic started and half a million workers are “yo-yoing in and out of unpaid leave, zombies walking among us in despair.”

He called on the government to implement an effective closure in place of what he called the ongoing “fake lockdown.”

Forum members complained about inconsistencies in the current lockdown rules, among them regulations that have enabled houses of worship to continue operating — though with a limited number of congregants — but have not permitted shops to stay open. 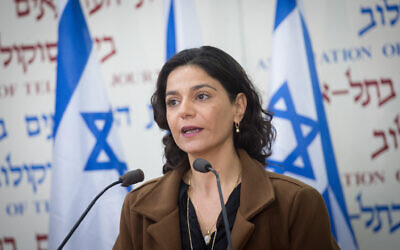 Tali Friedman, chair of Jerusalem’s Mahane Yehuda Market and of the Market Association, said the forum was aiming to help the government “take full responsibility” and “close the economy.’”

If the government doesn’t apply a lockdown “then that shows you are laughing at us, and laughing at the small traders. And that we will no longer allow,” she said. “On January 10, everyone will open together.”

Figures from the national employment agency released Sunday showed that since last Thursday 7,266 new jobseekers were added to the agency’s records. Since the start of the current lockdown there were 42,635 new jobseekers, the agency said. Of those, 32.5% were salespeople, and another 11% were from the beauty, treatment, spa, and fashion industries.

According to the Central Bureau of Statistics released at the end of December, there were over 619,000 unemployed people in Israel at the end of November, a rate of about 14.3 percent. 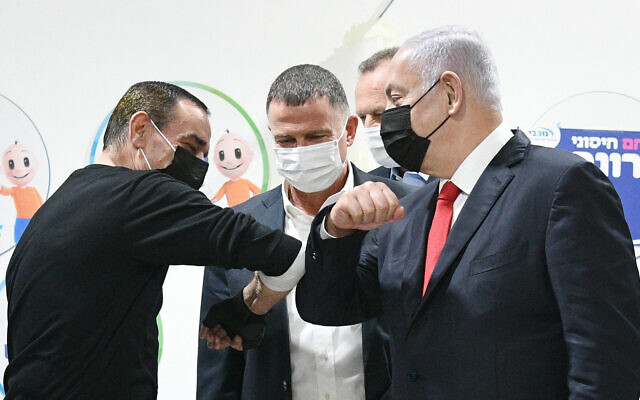 Prime Minister Benjamin Netanyahu was set to hold consultations this week on tightening the national lockdown, his office said Saturday. The talks will focus on imposing a “tight and short lockdown that will allow a quick reopening of the economy,” according to the statement from the Prime Minister’s Office.

Last Wednesday Netanyahu held a videoconference with commerce representatives during which traders demanded a full lockdown for ten days. Netanyahu told them that he also supports the idea and that if there were a majority backing for the measures in the cabinet and the Knesset it could be advanced, Channel 13 news reported. Book of the Dead texts unearthed in ancient Egypt necropolis Why Jews should wave the Black Lives Matter banner