Health Minister Yuli Edelstein said Tuesday that his ministry will push for restrictions over the coming Purim festival to clamp down on revelry and prevent violations of limits on public gatherings that could cause a rise in coronavirus infections.

“Today the government will make a final decision. We are receiving reports of party invitations and an increase in the sale of liquor,” Edelstein told Kan News. “I think unfortunately there will be no escape from restrictions — the direction [we take] may be a nighttime lockdown.”

The sentiment was echoed by Deputy Health Minister Yoav Kisch, who told the Ynet news site that a nighttime curfew over the festival was necessary so that the downward trend in infection rates is not reversed.

“We are in a critical week after leaving the lockdown and if we just let everything go, I have no doubt that morbidity will rise,” Kisch said. “We must continue to maintain the downward trend, and if everyone gathers together and fails to wear masks as if the [pandemic] is over, that trend will change.”

Since the start of the outbreak in the country last year, the government has occasionally ordered curfews, specifically during major holidays, in an effort to prevent gatherings and an inevitable spread of the virus.

On Sunday, coronavirus czar Nachman Ash said at a briefing that officials are concerned violations could push infection rates up, forcing the country back into a larger lockdown once more.

Purim this year starts on Thursday night and lasts through Sunday. The festival is usually marked with costume parties as well as large communal meals and drinking, in events bringing together family and friends. 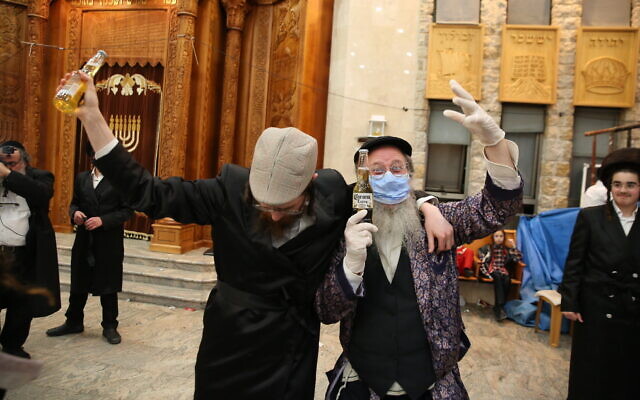 Last year, at the start of the pandemic, there was a jump in virus infections after many ignored rules against holding large events.

Synagogues and other houses of worship were permitted to reopen on Friday morning, with attendance limited to 10 people indoors and 20 outside, ahead of Purim. 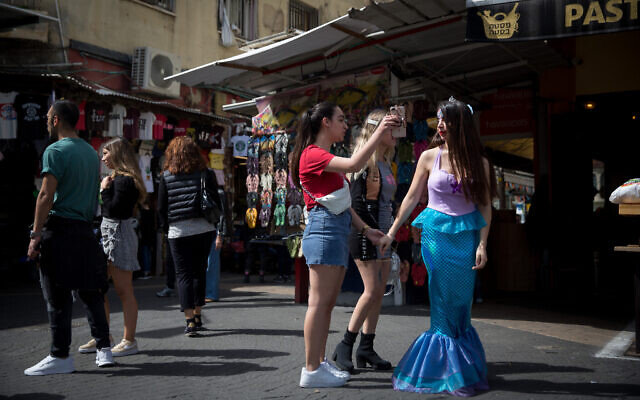 Israelis dressed up in costumes, as is customary during the Jewish holiday of Purim, seen in Tel Aviv, on March 10, 2020. (Miriam Alster/Flash90)

Some Purim event organizers were said to be sharing invitations and details about parties on social media, while disguising the gatherings as other activities related to the festival. Others were planning on revealing the locations of parties only on the day itself, Channel 12 news reported.

Edelstein also addressed the announcement by 17 local authorities — including Tel Aviv and Haifa — that they will resume in-person classes later this week for grades 7-10, in defiance of government orders.

“In my opinion, education is the most important thing, but in the end it was decided to open a bit of everything out of an understanding of everyone’s needs,” Edelstein said. “I can understand those who want everything open, but we are not there yet in terms of morbidity and the number of people vaccinated.”

The minister took a firmer line in an interview with Army Radio, saying that “whoever wants to maintain public health must adhere to the guidelines, which are written in blood.” 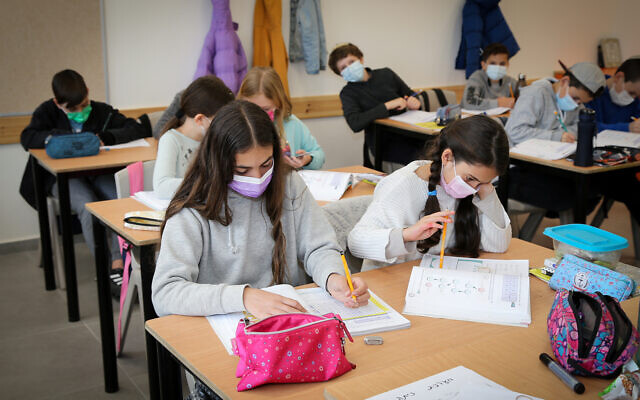 However, middle schoolers and high school freshmen and sophomores are the last age group to remain at home, studying remotely, as part of the pandemic rules. Under 16s are currently not eligible for vaccination.

The decision to keep grades 7-10 shut was criticized by many, as streetfront shops, malls, markets, museums, libraries, gyms and culture venues were opened on Sunday while the students remained home.

The rebelling local authorities said in a statement they had decided to open “in light of the ongoing absence of these students from schools, and the severe educational, social and psychological impact” this has had.

The cities that intend to flout the order and resume classes on Wednesday include Ashdod, Beersheba, Givatayim, Herzliya, Hadera, Holon, Haifa, Kfar Saba, Netanya, Petah Tikva, Rishon Lezion, Rehovot, Ramat Gan, Ra’anana, and Tel Aviv-Jaffa. They are home to about half the population of the country. The need for the golden calf