The director-general of the Health Ministry said on Thursday that former prime minister Benjamin Netanyahu’s help was not required after the opposition leader spoke with the heads of Pfizer and Moderna about booster shots of the vaccine, reportedly behind the back of his successor, Naftali Bennett.

“We do not need this assistance,” Nachman Ash told the Kan public broadcaster. “I respect [Netanyahu’s] opinion, but the decision is up to the professionals. We have a direct relationship with Pfizer and Moderna.”

Netanyahu’s Likud party leaked on Wednesday that he had spoken several times in recent days with Pfizer CEO Albert Bourla and Moderna CEO Stéphane Bancel as part of his push to have a third coronavirus vaccine dose administered to Israelis.

For weeks, Netanyahu has insisted that third doses are necessary immediately, but some analysts have questioned whether his position is more rooted in a desire to differentiate himself from the new government’s policies on the pandemic.

Pfizer has been seeking FDA authorization for a third shot, though the US regulator and Israeli health officials have said there is no evidence boosters are needed at this time. Israel is currently offering a third dose only to the immunocompromised.

Israel’s successful vaccination campaign was rolled out during Netanyahu’s tenure, after he secured agreements that made Israel a trailblazer on COVID immunizations. The longtime premier was replaced last month.

On Monday, Channel 13 reported that Israel had reached a secret agreement with Pfizer-BioNTech under which the pharmaceutical company will immediately provide shipments of immunizations if Israel declares that it is administering booster COVID-19 shots.

Israel’s current stockpile of Pfizer vaccines expires at the end of July, but Bennett announced earlier this month that he’d brokered a new deal with Pfizer to bring forward a projected delivery to August 1. That deal was intended to enable the continuation of a campaign aimed at vaccinating youths aged 12-15.

The Delta variant of the coronavirus is believed to be more successful in bypassing the vaccines than previous strains of the virus. Health Ministry figures released in early July indicated that the Pfizer COVID-19 vaccine is only 64 percent effective in preventing infection, but remains 93% effective in preventing hospitalization and serious symptoms.

Some health officials have cast doubt on these figures, noting that they were gathered only over a period of a month, and maintaining that the Pfizer vaccine is actually more effective against the Delta variant than claimed. 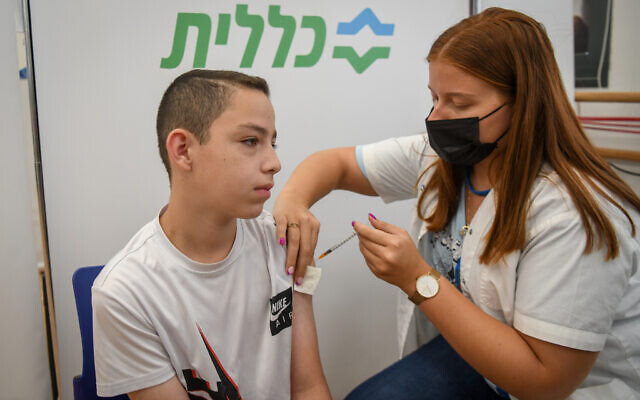 Still, the number of Israelis with the coronavirus has surged over the past month as the ultra-contagious Delta variant has taken hold in the country.

Health Ministry morbidity figures published Thursday showed there were 1,336 new cases of COVID-19 diagnosed the day before, compared to a daily caseload of just a few dozen a month ago.

The number of patients in serious condition continued to rise, reaching 72. The death toll remained steady at 6,455.

Over 77,000 tests were performed Wednesday, the highest number since early March, with over 1.7% of them showing a positive result. 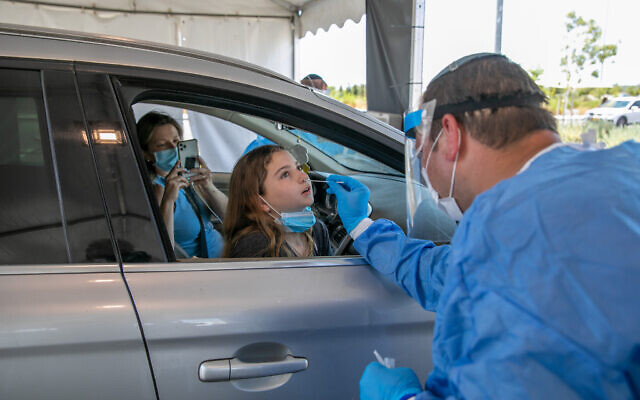 Health care worker takes a test sample in a drive through complex in Modi’in, on July 21, 2021 (Yossi Aloni/Flash90)

The high-level coronavirus cabinet was set to convene Thursday afternoon to discuss additional measures to stem the continued rise in coronavirus cases.

Ministers are to discuss a plan “that will provide a response to the outbreak of the Delta variant in Israel, including a proposed Green Pass and a proposal for the issue of entering and exiting the country,” a statement from the Prime Minister’s Office said Wednesday, referring to the system that allows entry to certain events and venues only for the vaccinated or recovered.

The Health Ministry is also expected to recommend significantly increasing the number of countries to and from which Israelis are barred from traveling.