The Health Ministry is considering issuing permits for the first tourists to enter Israel in over a year, a senior health official said Friday.

The unnamed official told the Kan public broadcaster that the initial stage of the plan would probably allow organized tour groups, such as Birthright, to enter the country.

Health officials thought that it would be easier to monitor for any possible outbreaks if the travelers were in official, authorized groups, the report said.

The senior official also told the network that ahead of any possible change in policy over tourism, it would be necessary to formulate guidelines on the recognition of vaccinations performed in other countries.

The official added that the matter was further complicated by political sensitives surrounding countries deploying vaccines that Israel has not authorized.

The report gave the United Arab Emirates, where a Chinese vaccine is used, and nations using Russia’s Sputnik V vaccine as examples.

Currently Israel does not formally recognize vaccination paperwork from other nations, but those who arrive in the country fully inoculated abroad may undergo serological testing to prove that they do not need to enter quarantine. 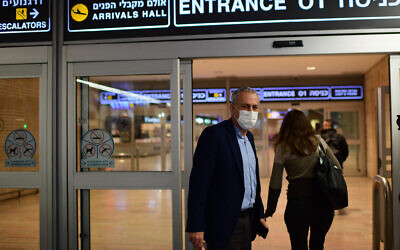 Coronavirus czar Nachman Ash confirmed the report in broad terms, saying the reopening would need to be done carefully.

“Because there is different morbidity in the rest of the world and the fear of mutations, this step should be taken carefully and responsibly,” he told Kan. “If people are in groups, we can control where they go and how they are run. We will discuss this with the Tourism Ministry next week and determine when it will happen — I presume it will take a few weeks.”

Last March, as the pandemic ramped up in Israel and around the world, Jerusalem banned nearly all foreigners from entering the country — a step at the time considered extreme but later also taken by many other countries as the virus raged across the globe.

Israel registered a drop of some 81 percent in tourism in 2020 compared to the previous year amid the coronavirus pandemic, the Tourism Ministry said in January.

Now hopes of a resurgent tourism industry have been raised by Israel’s world-beating vaccination campaign, which many believe will make the country an attractive destination for tourists. 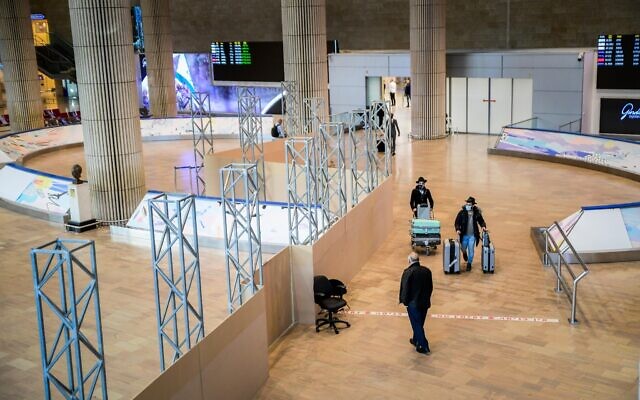 Passengers walk in the arrivals hall at the Ben Gurion International Airport on March 8, 2021 (Avshalom Sassoni/Flash90)

On Tuesday, the Population and Immigration Authority announced that foreigners who are vaccinated or recovered COVID-19 patients and who have first-degree relatives in Israel will be able to enter the country to visit them. Visitors are permitted to enter with their partners and children. Israeli citizens or permanent residents and their families whose “center of life” is abroad may also come to Israel to visit first-degree relatives.

Before this change, foreigners were only permitted to travel into Israel under rare extenuating circumstances, such as to receive essential medical treatment, to attend a funeral of a first-degree relative, or for humanitarian reasons, among others.

According to the latest Health Ministry data, 209 new cases were recorded Thursday and another 101 since midnight across Israel, raising the number of infections since the pandemic began to 835,641. 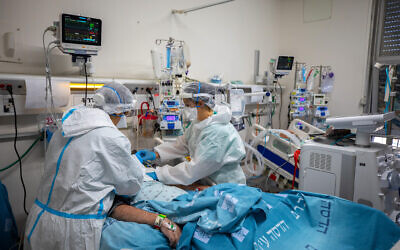 The death toll stood at 6,280, with one fatality reported overnight.

The number of active cases further fell to 4,414. There were 276 serious cases, including 154 people on ventilators.

The positive test rate on Thursday was 0.5%. An identical rate was recorded for the previous two days, the lowest since last May, when Israel was emerging from the initial wave of the pandemic, though significantly more tests are now performed each day.

The ministry said more than 5.3 million Israelis have gotten at least one vaccine shot and over 4.9 million have received both doses.