Health Ministry officials believe virus morbidity in the third wave sweeping the country has peaked and is set to decline, and are weighing loosening the current lockdown restrictions, according to a television report Wednesday.

Thursday will mark one week since Israel entered a tightened lockdown that is scheduled to last until January 21, although officials have repeatedly said the rules will likely extend beyond that date.

Prime Minister Benjamin Netanyahu will meet with Health Ministry officials on Thursday to discuss whether to extend the restrictions. Some health officials support loosening the rules if there is a decline in the number of serious cases, Channel 12 News reported.

Netanyahu’s discussions on Thursday will also include talks on so-called “green passports” that will grant some benefits to Israelis who have received their second vaccine doses.

Channel 13 News reported on Wednesday Health Ministry guidelines for easing the lockdown: In the first stage, kindergartens and grades 1-4 and 11-12 will partially reopen, as will street-front stores, the report said. In the second stage, grades 5-10 will resume studies and “green passport” holders will be given certain freedoms, such as permission to attend cultural events. In the third stage, restaurants and cafes will reopen.

Israel’s morbidity remains high, with a record 9,665 new infections on Monday, and 9,226 cases on Tuesday. Another 4,795 virus cases were diagnosed on Wednesday by the afternoon, bringing the number of active infections to 77,650, the Health Ministry said.

According to the ministry, 9,226 cases were diagnosed on Tuesday and 7.3% of tests returned positive.

Just 100,000 people received the first vaccine dose this week, according to Channel 13. Health Ministry officials had vowed to maintain a daily vaccination rate of over 200,000. Health providers said the ministry was not giving them enough vaccines and cite logistical problems in administering the shots, Channel 13 said.

Israel has seen a shortage of vaccines in recent days, but Pfizer has stepped up deliveries once again and is expected to send the country hundreds of thousands of doses a week. Another half a million vaccines are expected to arrive in Israel early next week.

The Health Ministry said Wednesday afternoon that 24,421 Israelis had been vaccinated since midnight, bringing the total to over 1.9 million. Over 85,000 Israelis have received their second dose of the vaccine. 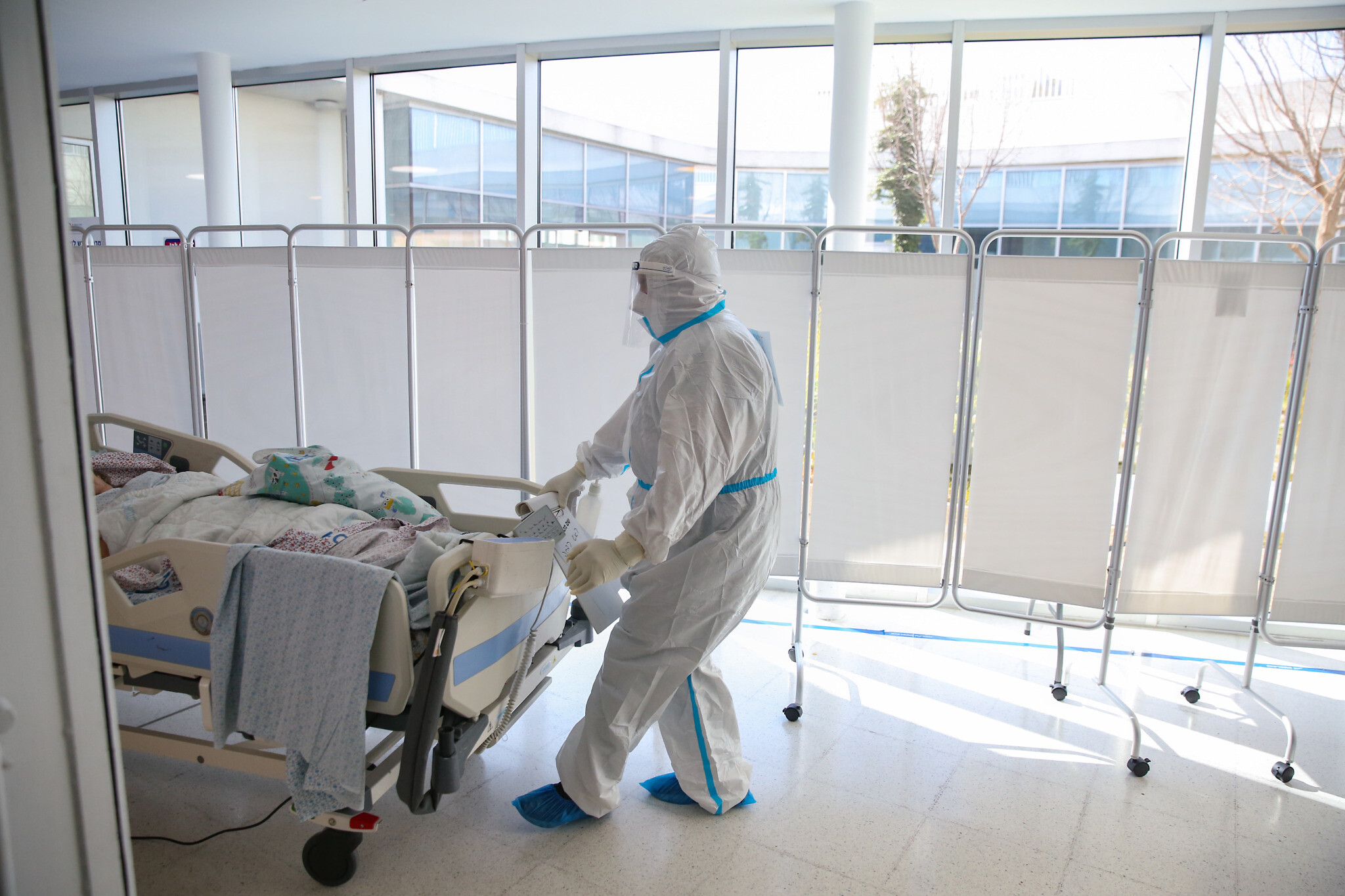 Hospital staff transport a new patient to the coronavirus ward of the Ziv medical center in the northern Israeli city of Tzfat, January 7, 2020. (David Cohen/Flash90)

Heightening the urgency of the vaccination campaign is the emergence of new strains of the virus.

The Health Ministry confirmed Wednesday that four more cases of the South African coronavirus variant have been found in Israel, bringing the total number of cases to eight. One of the cases was a 9-year-old girl, raising fears the variant could have circulated in her school before the lockdown took effect.

The strain is believed to be more infectious, though not more lethal. Some doubts have been raised on the vaccine’s effectiveness to protect recipients from this variant.

The UK variant of the virus, also thought to be more contagious, has been found in Israel and officials have assessed it is widespread in the population.

Health Ministry officials are also concerned about a new virus variant from Brazil and are considering forcing arrivals from Brazil to quarantine in designated hotels. All international arrivals are required to quarantine, but most isolate at home. The Brazilian variant has been found in travelers to Japan.

The Israel Defense Forces recorded 1,506 active virus cases in the military on Wednesday, the highest figure since the start of the pandemic.

All of the infected troops are displaying mild symptoms. Another 12,339 are in quarantine, the military said.