Fifteen years after his conviction, the High Court of Justice on Thursday ruled in favor of the planned release to house arrest of Roman Zadorov, currently awaiting a retrial in the murder of a 13-year-old schoolgirl.

Rejecting an appeal against the move from the state prosecution, justices upheld a lower court’s release order, allowing Zadorov to be sent home by the end of the day. He will be monitored with an electronic bracelet.

Zadorov is set to be tried again on the basis of new evidence, after more than a decade behind bars for the 2006 murder of Tair Rada, which he maintains he did not commit.

The Nazareth District Court had last week okayed Zadorov’s release to house arrest with electronic monitoring, but prosecutors had appealed the move, saying that he was a flight risk as well as a danger to the public, and should therefore remain behind bars until the end of proceedings against him.

“A lack of violence by [Zadorov] during his many years in prison and his proper conduct as a worker in the prison welding workshop also carry weight,” he said.

Last month, the State Prosecutor’s Office announced a retrial for Zadorov, who was sentenced to life in prison for the murder of Rada, despite his repeated assertions that he had been wrongly convicted.

Rada was found dead in a bathroom stall in her school, in Katzrin in the Golan Heights, in 2006, with slashes to her neck, stab wounds across her body and severe blows to her head.

Rada’s murder case has long gripped the country, both due to the brutal way in which she was killed and the continuing claims by some that it was not Zadorov who committed the murder.

Shortly after the murder, Zadorov, who was employed at the school at the time as a maintenance worker, was arrested and charged with the killing.

Two weeks after his arrest, police announced that Zadorov had confessed to Rada’s murder and reenacted the attack for investigators. But a day later, Zadorov’s defense attorney announced that his client had recanted, claiming his confession and reenactment were coerced and included incorrect information.

In 2010, nearly four years after he was arrested, the Nazareth District Court sentenced him to life in prison. 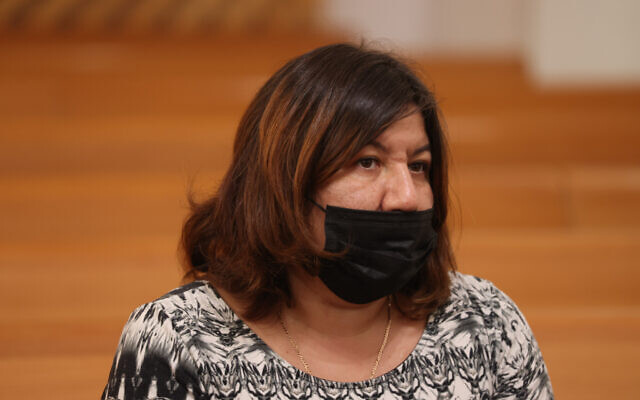 His lawyers, along with thousands of vocal members of the public, insist that Zadorov was framed for an act he didn’t commit and that the real murderer was Olga Kravchenko, whose identity was initially gagged by a court order and was referred to as “O.K.”

Following a DNA analysis by investigators, the Abu Kabir Forensic Institute announced in 2018 that a hair found on Rada’s body did not belong to Zadorov but instead matched that of a former boyfriend of Kravchenko, reigniting speculation over the killing.

In 2019, Zadorov’s attorney Yoram Halevi filed a request for a trial with the Supreme Court, claiming the existence of “a lot of new evidence that proves unequivocally that Roman did not murder the deceased and could not have murdered the deceased.”

The Supreme Court previously rejected the former boyfriend’s testimony about Kravchenko, while police concluded that his version was unreliable and an attempt to frame his former lover, the Ynet news site reported in 2018.