The High Court of Justice on Monday rejected petitions against a Basic Law passed last year to establish the position of alternate prime minister, which has been maintained by the current government as well, to anchor a rotation agreement in law.

The nine-judge panel ruled that the 2020 law “does not amount to the denial of the basic democratic characteristics of the State of Israel” and therefore does not warrant judicial intervention.

The legislation had been crafted as part of the unity coalition agreement between Likud leader Benjamin Netanyahu and Blue and White’s Benny Gantz. The law created the Alternate Prime Minister’s Office, which was supposed to have been held by Gantz for 18 months and then be transferred to Netanyahu as part of a power-sharing deal that would allow the latter to keep the prime ministerial title, even after vacating the post.

The petitioners included the Movement for Quality Government in Israel as well as the Meretz party, which is now a member of the new government that has made use of the law as well.

They had argued that the basic law had in effect created two separate governments led by two separate prime ministers, thus paralyzing the government’s activities and harming Israel’s parliamentary democracy.

During the High Court’s debate over the matter last year, the Likud party had warned that any ruling canceling the alternate prime minister’s office would unravel the entire coalition deal and drag Israel to additional national elections, the fourth since April 2019. The party said the High Court “doesn’t have the authority to intervene in Basic Laws approved in the Knesset.”

Two parts of the petition were thrown out, as they were only relevant for the 23rd Knesset, which has since been replaced. A third issue, relating to a clause that bars both the prime minister and alternate prime minister from heading a replacement government formed as a result of a no-confidence vote, was found to be an insufficient limit on legislative freedom to justify judicial intervention. 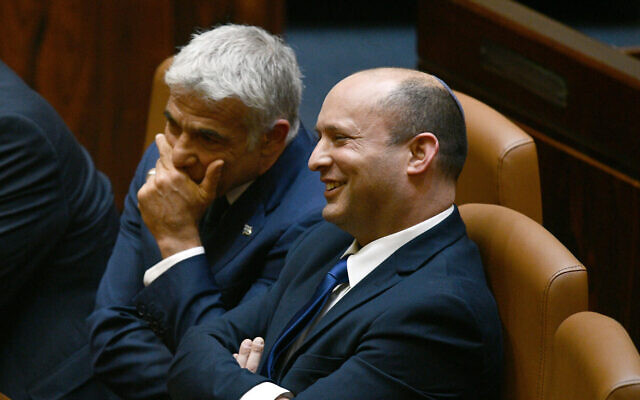 Representing the minority opinion, Justice Hanan Melcer argued that a provision of the law stating that it should go into place immediately with the 23rd Knesset should be repealed. He argued that amending a Basic Law to affect those passing the amendment amounted to “changing the rules of the game while it is still being played.”

Melcer warned that it would lead to public distrust in the government-forming system as a result.

In a statement responding to the ruling, the Movement for Quality Government said, “although the petition was rejected, it is enough to read what the judges write to understand the magnitude of the regime crisis that the previous government had caused with their irresponsible amendments to the Basic Law.”

“The new coalition, which boasts the title of ‘change government’ continues in the bad ways of the previous government,” the group lamented.