NEW YORK — With her overcoat cinched around her waist and gloved hands holding an open umbrella, the woman leaps over a puddle with the grace of a prima ballerina and the get-up-and-go of Mary Poppins.

Published in the September 1957 issue of Harper’s Bazaar, Richard Avedon’s iconic photograph “Carmen (Homage to Munkasci)” is one of more than 150 works featured in The Jewish Museum’s new exhibit, “Modern Look: Photography and the American Magazine.”

The exhibit shows how exiled and émigré artists, photographers, and designers who arrived in the United States between 1930 and 1950 imported a unique forward-looking aesthetic that married photography, graphic design, and modernist principles. In doing so, these creators changed the look of American magazines such as Vogue, Harper’s Bazaar and Vanity Fair.

“I wanted to show how things were changing in the ‘40s and ‘50s,” said Mason Klein, the museum’s senior curator. “We are looking at a time when creativity unfolded like a tsunami. They were leaving behind the stodgy vestiges of the Victorian era.”

The exhibition is organized into five sections: “Art as Design, Design as Art,” “Fashion as Desire,” “The Contested Page,” “Reimagining Industry,” and “Graphic Effect.” Each section highlights the groundbreaking artists as much as it does the photographs and ephemera they produced. Among the standouts are Jewish émigrés Alexey Brodovitch and Alexander Liberman, both of whom were photographers and art directors.

Born in Russia, Brodovitch painted backdrops for the Ballets Russes in Paris before settling in the United States where he became art director for Bazaar from 1934-1958. His love of motion comes through in photos like his 1930 photograph “Choreartium (Three Men Jumping)” and his 1945 “Seventh Symphony (Men Leaping with Architectural Feature).”

As the founder of the Design Lab in Philadelphia, Brodovitch pushed a generation of photographers and graphic designers. During these weekly gatherings, he’d challenge his students to “Astonish me!” And they fulfilled his command — whether it was leaving behind studios with painted backdrops or showing women as athletic rather than staid.

“As a teacher for more than two decades, Brodovitch forced his students to confront every rule in the game and break every rule,” Klein said. 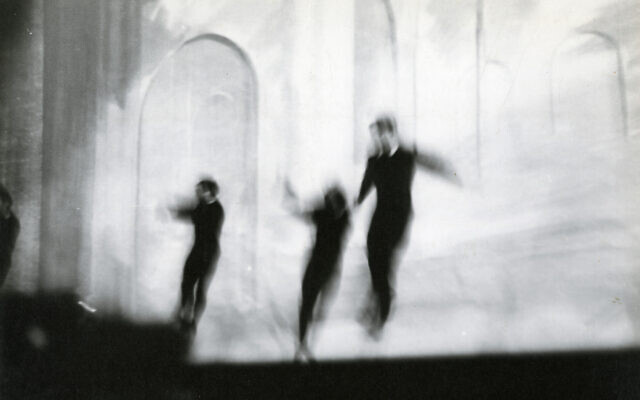 This comes through in the section “Fashion as Desire,” which both spotlights the marriage of 1940s art and fashion and shows how Brodovitch influenced Jewish photographers such as the aforementioned Avedon as well as Irving Penn and Edward Steichen.

Steichen believed commercialism and fine art were not mutually exclusive, and the Luxembourg-born photographer and artist became renowned for his celebrity portraits. His 1928 photo of Gloria Swanson for Vanity Fair shows why Frank Crowninshield, the magazine’s editor, called him “the greatest of living portrait photographers,” Klein said.

Liberman, born in Ukraine, came to New York City in 1941. He was editorial director of Condé Nast from 1962 to 1994. During his time at Vogue, a Condé Nast publication, he built a reputation for featuring superb photography and perfectly designed pages. 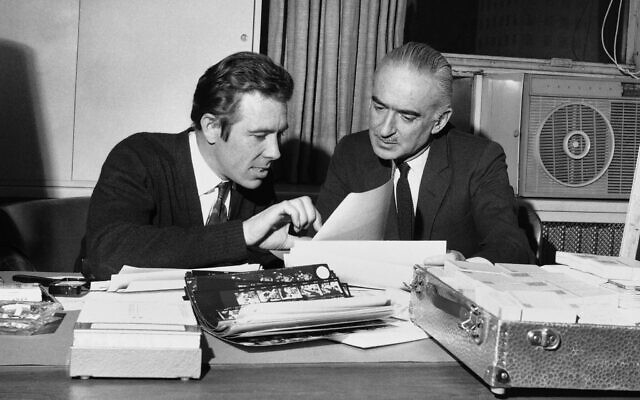 “It’s very easy to underestimate the influence graphic art had on photography and Liberman’s covers were a brilliant example of his training in graphic design,” Klein said.

On display are several of his covers including the January 1950 issue. Cherry red lips, an ebony beauty mark, light green eyeshadow on an eyelid, and carefully sculpted brow suggest a woman’s face rather than reveal it in full. 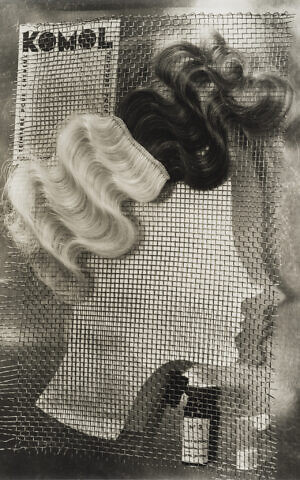 “It was a triumph for women to get beyond editorial duties. Very few actually were able to practice photography, but those who did tried to push an agenda in some way to show the juncture in postwar America where women were determining for themselves what they wanted to do,” Klein said.

As an example there is McLaughlin-Gill’s “Nan Martin, Street Scene, First Avenue, 1949.” It depicts a woman, her back to the camera, reading a newspaper. She’s wearing a houndstooth jacket which contrasts with the vertical lines of the United Nations building.

The last section in the exhibit, “The Contested Page” shows how as the standard of photojournalism rose, so too did the power of the photograph. Perhaps no one embodies this section better than Gordon Parks, Klein said. The first Black hire at Vogue, he had a long love affair with the railroad heiress Gloria Vanderbilt. 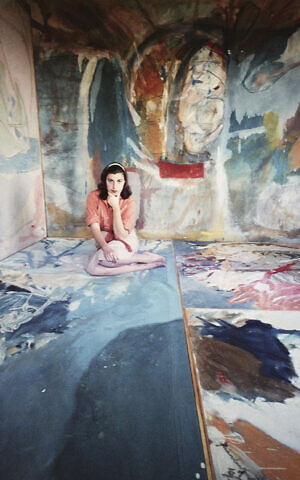 Calling his camera his “weapon of choice,” Parks went beyond fashion and expanded both the political and aesthetic boundaries of photography in works like his 1956 “Department Store Mobile” and 1941 “Charles White.”

“He was a Renaissance man, he was subtle. He was the first to show Black lives in a positive, familial way, to not just show the despair and angst of the Jim Crow era,” Klein said.

Klein said he hopes visitors to the exhibit, which runs through July 11, will walk away with a newfound admiration for the talent and innovation these photographers, editors and art directors possessed.

“In an Instagram age, when everyone is a photographer and is snapping away, I hope people will appreciate a time when images were just starting to gain in potency, a time when people were practically waiting for the next issue of Life or Look to appear on their doorstep,” Klein said.