When Emanuel ‘Manu’ Rosen was a teenager in the 1960s, he told his mother Mirjam the following joke:

“You know that falling from a tall building won’t kill you? It’s the contact with the sidewalk that does the trick.”

Mirjam did not laugh. In fact, she had a pained look on her face.  It was only decades later that Rosen understood why his usually receptive mother found absolutely no humor in what he considered a witty quip.

Unbeknownst to Rosen at the time, Mirjam was enmeshed in a protracted legal battle with Germany to compensate the family for her father Hugo Mendel’s suicide in Tel Aviv in 1957. Mirjam was forced to prove that her father’s death by suicide in Israel more than 20 years after emigrating from Germany was directly caused by persecution by the Nazis — specifically the stripping of his successful legal career and ensuing consequences.

In British Mandate Palestine, and later Israel, Mendel was incapable of culturally adapting, learning Hebrew, or continuing to work in the law. His attempts at business failed and he sank into a state of deep anxiety and depression, until he finally jumped from a high staircase at a building on Tel Aviv’s Allenby Street.

Mendel’s death and the subsequent lawsuit are at the heart of Rosen’s new family memoir, “If Anyone Calls, Tell Them I Died.”

Lucie and Hugo Mendel with their daughter Mirjam in Germany before their immigration to pre-state Israel in 1933. (Courtesy of Emanuel Rosen)

The book takes its title from what Rosen’s mother would regularly tell her children before taking her daily afternoon nap. It was a bit of black humor from a young woman who lost her military officer husband to a sudden heart attack, and then her father to suicide — all within the span of a few years.

Without a father or grandfather from a young age, Rosen and his older sister Eva were raised by Mirjam with much help from her mother Lucie.

Hugo’s cause of death was never mentioned, and as a teenager, Rosen was so typically wrapped up in his own life that he paid no attention to his mother’s steadfast efforts to win the claim against Germany. He heard and saw her typing at home on the typewriter she used for work supplementing her income from her legal secretary job, but dismissed it as “my mom’s work in German.” 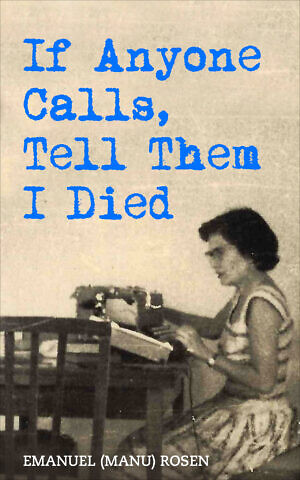 ‘If Anyone Calls, Tell Them I Died’ by Emanuel ‘Manu’ Rosen (Amsterdam Publishers)

“When she won the case, she simply told me Oma (Grandma) got some money for the health damage they caused Opa (Grandpa). I remember she was so proud,” Rosen said.

In an interview from his home in Menlo Park, California, Rosen recounted how surprised he was to learn many years later that his grandfather had died from suicide.

“When my mom visited us when we lived in Berkeley in the late 1980s, she casually mentioned his suicide, as though I already knew about it,” Rosen said.

“Maybe she thought she had told us, but my sister was also surprised by  this,” he said.

Rosen’s mother offered to give him the folder containing all the documents related to her legal case against Germany, but Rosen — busy as an entrepreneur and writer, and raising his family — wasn’t interested in it at the time. When he found it after his mother’s death in 1992, he saw that she had noted on it that it should be given to Mechtild Brand, a German woman who had written a book about the Jews of Hamm, the city where  the Mendels had lived. 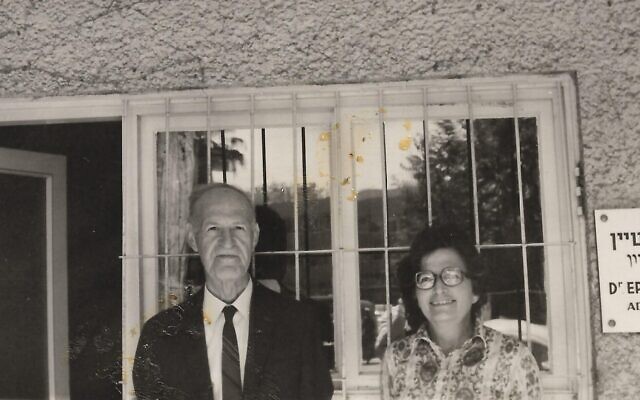 Using documents and artifacts contained in a box he inherited from his mother, as well as the legal folder (translated by Brand), Rosen pieced together the puzzle of his grandfather’s suicide.

Rosen, 68, had been unaware of how hard his mother had fought for nearly a decade, beginning after the Adolf Eichmann trial in 1961, to prove that the Nazis had killed her father, “as if they had killed him in the camps.” 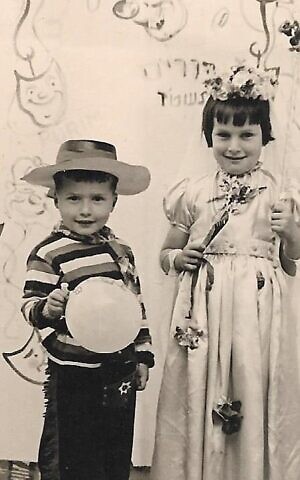 Emanuel Rosen with his older sister Eva pose for their annual Purim portrait in Tel Aviv, 1957. (Courtesy of Emanuel Rosen)

Initially, a German court accepted psychiatrist Friedrich Panse’s opinion that there was no causal relationship between the events of 1933 (Mendel’s expulsion from his profession by the Nazis and subsequent departure for Palestine) and his death. (Panse sent mentally ill individuals to their deaths during the Nazi period, and after the war continued to teach and review cases of people affected by Nazi crimes.)

Mirjam appealed. In her favor was a case decided in Germany’s highest court in 1965 that provided a precedent. It dealt with a German Jewish pharmacist named Wolfgang Freund who escaped to Shanghai, China, and later immigrated to Australia. He died by suicide in 1954, and his family demanded restitution from Germany. The court sided with the family, stating that “the persecution [suffered under the Nazi regime] lowered Freund’s psychological resilience.”

In addition, from December 1967, Mirjam had Dr. Walter Ritter von Baeyer on her side. A psychiatrist and professor at Heidelberg University, he was appointed by the court to provide his expert opinion. 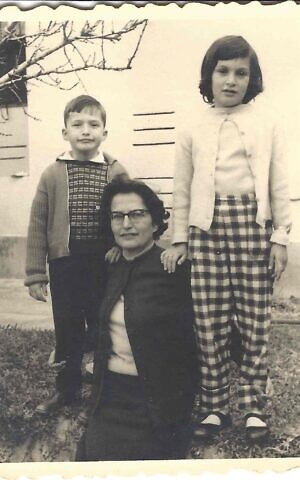 Mirjam Mendel Rosen with her children Eva and Emanuel in the late 1950s. (Courtesy of Emanuel Rosen)

“Von Baeyer specialized in the psychology of persecution, and therefore, he could point out a case of depression that resulted from uprooting when he saw one,” Rosen wrote.

The court took into consideration the precedent and the new expert opinion, together with other evidence and testimony, and in November 1969 finally — after seven years and five months — determined that Germany was responsible and liable for Hugo Mendel’s death.

(An inquiry by The Times of Israel with the Conference on Jewish Material Claims Against Germany as to whether there were other claims similar to the Mendel and Freund ones went unanswered.)

Despite Rosen’s better understanding of his mother’s legal fight, there is one part of the story that remains a mystery. In 1956, Hugo and Lucie Mendel made a long visit to Germany. It was their first time back since their forced departure in 1933.

The trip only reinforced for Rosen’s grandfather that “you can’t go home again,” as the title of the 1940 Thomas Wolfe novel tells us. Already in his mid-60s, it became clear to Mendel that any dream of returning to Germany and working as a lawyer again was dead.

“I don’t know for sure why they went back,” said Rosen, who, in 2003, traced his grandparents steps from their return visit to Germany in an effort to better understand their motivations. 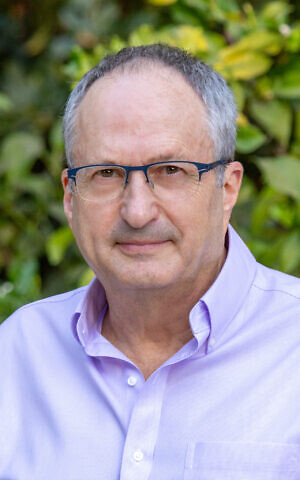 “Maybe my grandfather was planning his suicide and just wanted to see Germany one last time. Or maybe it was just for a vacation and to see people they knew and who managed to rebuild their careers there. Whatever it was, my grandfather’s seeing the alternate scenario of what his life could have been seems to have been too much for him,” Rosen said.

The trip only amplified Mendel’s feelings of belonging neither to his birthplace nor to his adopted homeland. A few months later, he killed himself.

“What killed my grandfather was his belonging neither here nor there. He didn’t belong anywhere,” Rosen said.