VIENNA, Austria — The head of the United Nations’ nuclear watchdog hailed an agreement struck with Iran on Sunday over access to surveillance equipment at Iranian nuclear facilities, saying it allowed space for diplomatic talks.

“This has always been seen, for me at least, as a stopgap, as a measure to allow time for diplomacy,” International Atomic Energy Agency (IAEA) Director-General Rafael Grossi told reporters at the Vienna airport, after returning from talks in Iran.

Iran and the IAEA had announced previously that they had agreed to allow inspectors to service the agency’s surveillance equipment, as Tehran has restricted access since earlier this year.

Grossi traveled to Iran on Saturday for talks, days after the IAEA had criticized Tehran in a report for a lack of cooperation.

He said the agreement on servicing the agency’s equipment would be put into practice “within a few days, very soon.”

Grossi added that, thanks to the agreement, the agency would “be able to keep the information needed to maintain continuity of knowledge” of Iran’s program.

However, access to the information recorded by the equipment will have to wait for agreement at talks on reviving the 2015 nuclear deal, also known as the JCPOA.

“The reconstruction, the coming together of the jigsaw puzzle will come when there is an agreement at the JCPOA level,” Grossi said.

Talks between Iran and world powers, over limiting Iran’s nuclear program in exchange for sanctions relief, have been idle since June. Raisi took office in August.

Earlier this month, the IAEA said in a report that Iran had quadrupled its stockpile of 60-percent enriched uranium since May. It also said that verification and monitoring activities have been “seriously undermined” since February, after Iran refused to let inspectors access IAEA monitoring equipment.

Major powers are losing patience, more than two months after the suspension of negotiations that had begun in April in Vienna, under the aegis of the European Union, to try to resurrect the international agreement of 2015. 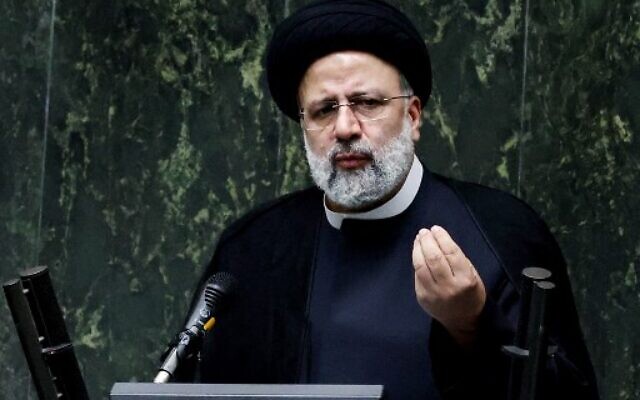 The US is close to abandoning its efforts, US Secretary of State Antony Blinken warned on Wednesday.

The Islamic Republic has been gradually freeing itself from its nuclear obligations since 2019, in response to Donald Trump’s reinstatement of US sanctions.

Israel has repeatedly warned that Iran is seeking nuclear weapons. Former prime minister Benjamin Netanyahu openly opposed the 2015 deal, which it said would pave the way to an Iranian nuclear arsenal, and publicly urged US President Joe Biden to steer clear of attempts to reenter the deal.

Meeting with Biden at the White House last month, current Prime Minister Naftali Bennett warned of the “nightmare” of a radical Islamic regime attaining nuclear weapons, and Biden publicly vowed that the US would “never” allow Iran to attain the bomb.