The chief of the UN’s nuclear watchdog was in Iran Sunday for talks on the nuclear dispute, days after the IAEA criticized Tehran for a lack of cooperation.

Grossi’s visit comes as talks remain locked in Vienna on saving Tehran’s 2015 deal with major powers that promised it sanctions relief in return for curbs on its nuclear program.

In 2018, former US president Donald Trump’s administration unilaterally withdrew the United States from the landmark deal and imposed a punishing sanctions regime.

Iran has since stepped away from many of its commitments, but the administration of US President Joe Biden has advocated a return to diplomacy to save the agreement.

A point of contention this year has been limits Iran has imposed on the IAEA’s ability to monitor various of its nuclear facilities.

It has refused to provide real-time footage from cameras and other surveillance tools that the UN agency has installed in these locations.

Under a compromise deal, the monitoring equipment remains in the agency’s custody but the data is in Iran’s possession, and must not be erased as long as the arrangement remains in force.

Initially agreed for three months, the compromise was extended by another month and then expired on June 24.

The IAEA has since been urging Tehran to inform it of its intentions. In its statement last Tuesday, the IAEA said its “verification and monitoring activities have been seriously undermined” by Tehran’s actions.

It also said that Iran had boosted its stocks of uranium enriched above the levels allowed in the 2015 deal, formally known as the Joint Comprehensive Plan of Action (JCPOA). 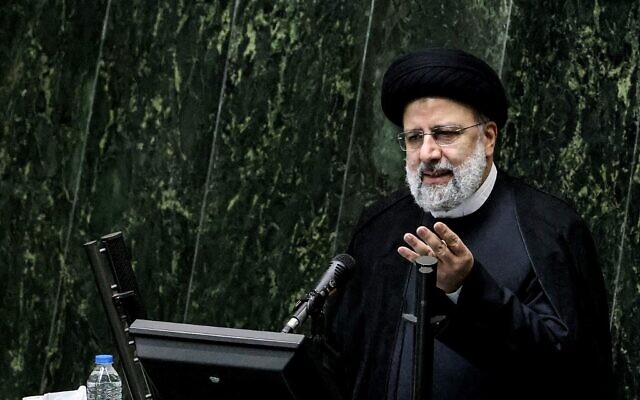 The state-run Iran newspaper said the two sides would discuss Sunday “the temporary arrangement… on the supervision of IAEA inspectors and the contents of IAEA surveillance cameras installed in Iranian nuclear centers.”

However, Israel has repeatedly warned that Iran is seeking nuclear weapons, with Defense Minister Benny Gantz on Sunday calling for immediate “snapback” sanctions on Iran in the wake of the IAEA report last week, which found that Tehran has quadrupled its stock of 60 percent enriched uranium since May.

“Iran does not respect the agreements it has signed, and there’s no reason to believe it will respect any agreements it will sign in the future. The time has come for action,” he said, referring to the 2015 nuclear deal, which barred Tehran from enriching uranium beyond 3.5%. 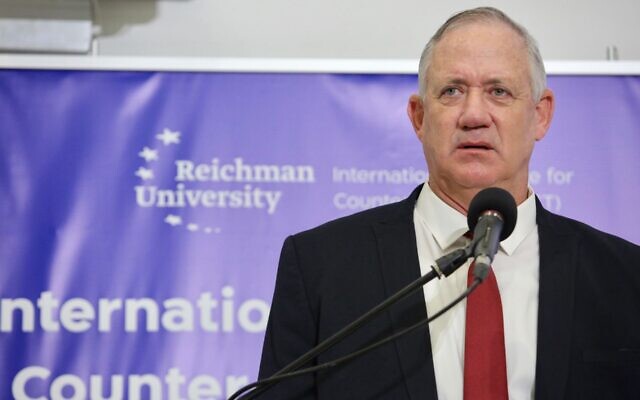 Prime Minister Naftali Bennett on Friday called on the international community to act immediately against Iran.

“Israel views with utmost gravity the picture of the situation reflected in the [International Atomic Energy Agency] report, which proves that Iran is continuing to lie to the world and advance a program to develop nuclear weapons while denying its international commitments,” Bennett said in a statement.

“I call for an appropriate and rapid international reaction to the severe actions of Iran. The IAEA report warns that the time to act is now,” he continued.