The International Criminal Court confirmed on Thursday it has sent formal notices to Israel and the Palestinian Authority about its impending investigation into possible war crimes, giving them a month to seek deferral by proving they are carrying out their own investigations.

Earlier this month, the ICC announced it would investigate possible war crimes committed by Israel and Palestinians following a request by the Palestinians, who joined the court in 2015 after being granted nonmember observer status in the UN General Assembly.

Israel has fiercely condemned the investigation, accusing the ICC of bias and saying it has no jurisdiction since the Palestinians do not have a state. Israel is not a member of the ICC, but its citizens could be subject to arrest abroad if warrants are issued.

The ICC prosecutor’s office confirmed in a written statement to The Associated Press that on March 9 the letters were sent to all of the court’s member states and those states that would normally exercise jurisdiction, including Israel and the Palestinian Authority.

Channel 13 reported Wednesday that Israel received the letter from the ICC formally detailing the scope of its war crimes investigation against Israel and Palestinian terror groups. According to the report, the National Security Council has met to begin formulating Israel’s response.

The report said the one-and-a-half page letter briefly laid out the three main areas the probe intends to cover: the 2014 war between Israel and Hamas; Israeli settlement policy; and the 2018 Great March of Return protests, a series of violent demonstrations along Gaza’s border with Israel that left dozens of Palestinians dead.

The probe will also look at terrorist rocket fire from Gaza onto civilian areas in Israel.

Israel could respond to the letter by detailing its own efforts to investigate potential crimes and hold its citizens accountable. If the court is satisfied with the process, it could allow it to unfold under periodic ICC supervision, postponing or even cancelling its own investigation.

Israel could potentially avail itself of that option for the allegations regarding Gaza violence, as it says it routinely investigates and punishes wrongdoing by its own troops.

But the construction of settlements in the West Bank, which Israel captured in the 1967 Six Day War that the Palestinians want for their future state, is an official state policy going back decades and is viewed as illegal by much of the international community.

The Palestinians have expressed outrage at the idea the ICC would investigate terrorist rocket fire or the use of civilians as human shields by Hamas, which rules Gaza, and other terror groups. They view such actions as self-defense and are extremely unlikely to seek a deferral by launching their own investigation.

The Channel 13 report said Jerusalem is leaning toward responding to the letter after having largely refused to cooperate with The Hague-based international court until now.

Israeli officials hope the argument over jurisdiction will succeed in delaying the case until outgoing ICC chief prosecutor Fatou Bensouda is replaced in June by British lawmaker Karim Khan, who Jerusalem hopes may be less hostile or may even cancel the probe. 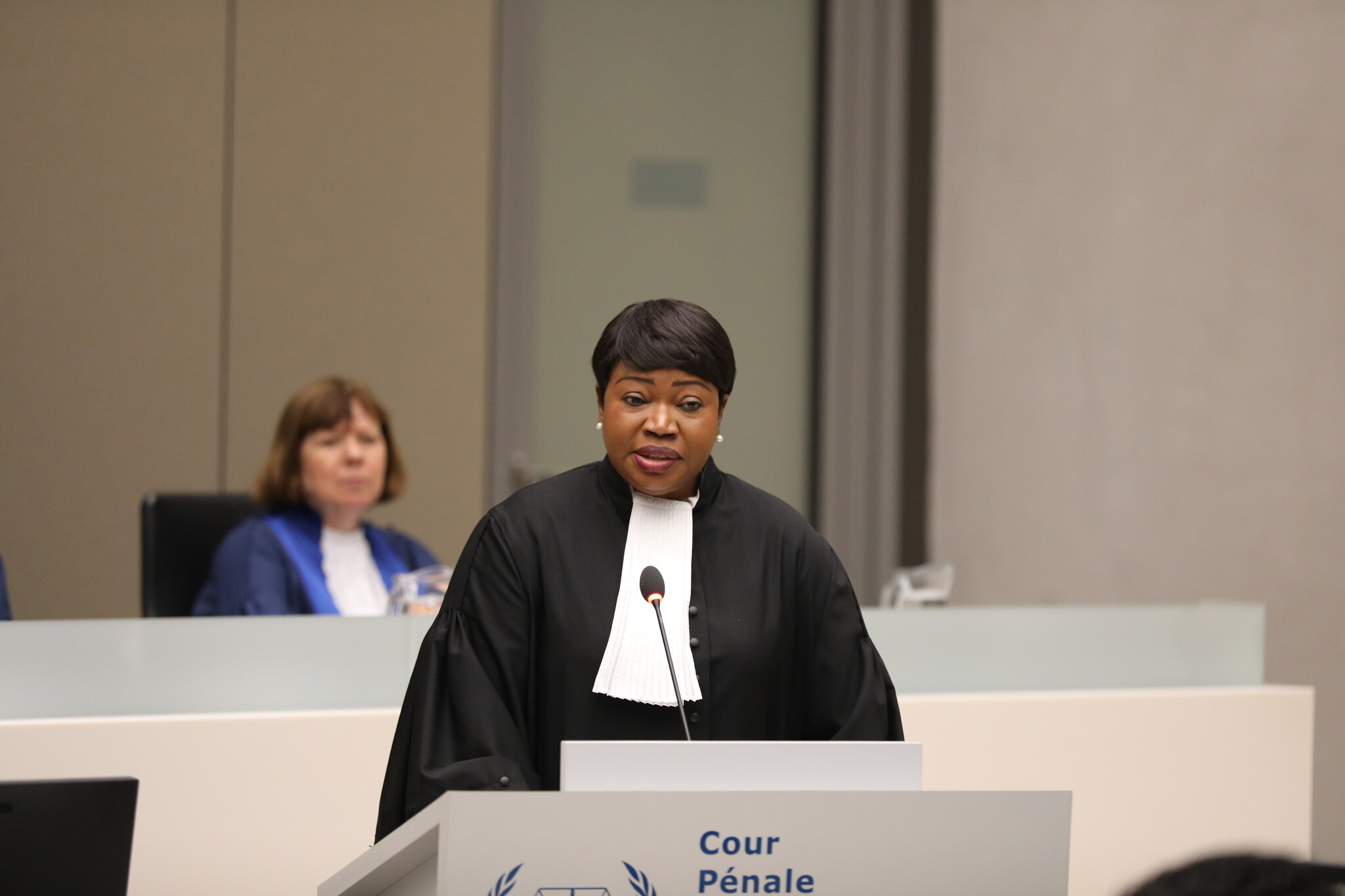 Chief prosecutor of the International Criminal Court Fatou Bensouda at the opening of the court’s judicial year with a Special Session at the seat of the court in The Hague, January 23, 2020. (courtesy ICC)

Earlier this month, a number of officials told Channel 13 that they’re concerned the ICC may already start issuing arrest warrants against former IDF officers in the coming months.

Bensouda announced on March 3 that she was opening an investigation into actions committed by Israel and the Palestinians in the West Bank, Gaza, and East Jerusalem since 2014. The announcement of the investigation came less than a month after the court ruled it had the jurisdiction to open a probe. A preliminary investigation to settle the justiciability question took more than five years.

President Reuven Rivlin and IDF chief Aviv Kohavi have meanwhile been rallying opposition to the ICC during a European tour this week that has taken them to Germany, Austria and France.

“Every attempt to twist Israel’s hands through international bodies by cynical or political exploitation of international law is doomed to failure,” Rivlin said in Paris on Thursday.

Ramallah has been gearing up for the investigation for years, preparing documents and submitting files to the ICC on what it deems to be Israeli war crimes.

Israeli observers noted the significance of the timing of the investigation’s span: On June 12, 2014, Hamas terrorists kidnapped and murdered three Israeli teenagers in the Gush Etzion area of the West Bank. Bensouda’s investigation — based on the request submitted by the so-called State of Palestine — is set to begin from the following day.

The brutal terror attack, which horrified Israelis and drew international condemnation, was a pivotal moment in the lead-up to the fighting in Gaza later that summer. With the investigation set to consider events beginning on June 13, 2014, the crime could be excluded from the court’s investigation.