The State Department will prioritize pushing Israel to end its controversial policy of demolishing the homes of terrorists, a spokesperson said Thursday, with the US’s top diplomat already bringing the issue up with senior officials in Israel.

The comments from State Department spokesman Ned Price came hours after the administration of US President Joe Biden leveled rare criticism at Israel over the razing of the home of a Palestinian-American suspected in a deadly West Bank shooting attack, marking a likely point of friction amid efforts between Washington and Jerusalem to rehabilitate ties.

“We attach a good deal of priority to this, knowing that the home of an entire family shouldn’t be demolished for the action of one individual,” Price said when asked about the matter at a daily press briefing, adding that the US would continue to raise its concerns “as long as this practice continues.”

Price’s comment appeared to reflect a shift from previous administrations, which had not made as large an issue out of Israeli home demolitions.

“There is a critical need to lower the temperature in the West Bank. Punitive demolitions exacerbate tensions at a time when everyone should be focused on principally ensuring calm,” Price said.

Price said US Secretary of State Antony Blinken and other senior State Department officials had raised the issue with their Israeli counterparts ahead of the Thursday morning demolition of the West Bank family home of Muntasir Shalabi, who allegedly carried out a shooting attack that killed an Israeli teen in May.

However, a Hebrew-language report Thursday indicated that Foreign Minister Yair Lapid had not been aware of the looming demolition.

Channel 13 reported that Prime Minister Naftali Bennett did not update Lapid before it moved forward, after days of delay attributed to US objections over the matter.

Muntasir Shalabi, suspect in a May 2, 2021, West Bank drive-by shooting, in an undated photo (Courtesy)

Lapid’s office reached out to Bennett’s shortly after the demolition and asked why it hadn’t been updated, saying the Foreign Ministry could have prepared and attempted to soften criticism from the US, according to the network

Sources in the Prime Minister’s Office responded that it is not the job of the premier’s aides or the National Security Council to provide updates on such matters.

Asked to comment on the report, a statement on Lapid’s behalf sought to downplay the rift between him and Bennett. “Years of government neglect caused the communication and coordination system between the Foreign Ministry, Defense Ministry and Prime Minister’s Office to not function properly. We are now fixing and arranging everything.”

“It will take a little longer but thanks to the good relations between Prime Minister Bennett and Ministers Lapid and Gantz, the reporting and coordination mechanisms are improving every day,” the statement added.

The razing of Muntasir Shalabi’s house drew a rare condemnation from the US Embassy in Israel, with a spokesperson using the same rhetoric employed by Price — “the home of an entire family should not be demolished for the actions of one individual.” 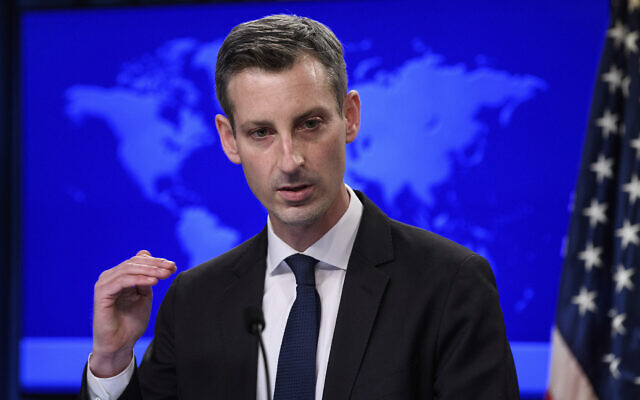 A High Court of Justice petition had been filed against the demolition, but it was thrown out by the top legal body last week. The US, which opposes punitive home demolitions, sent representatives from its embassy to the High Court hearings on the matter, and passed along their concerns to the Israeli government.

In response to the US condemnation, the Prime Minister’s Office said that while Bennett “respects” the United States, Israel must act in the interest of its citizens.

Home demolitions are a controversial measure that the Israeli security establishment maintains can deter future terror attacks. Critics note that the tool is a war crime and form of collective punishment. 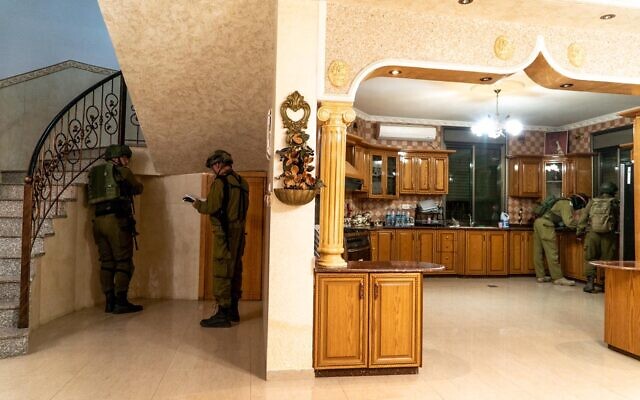 IDF troops map out the home of a Palestinian man suspected of carrying out a drive-by shooting, ahead of its potential demolition, in the West Bank village of Turmus Ayya, May 6, 2021. (Israel Defense Forces)

The US condemnation came as Bennett is expected to travel to Washington as soon as this month for a first meeting with US President Joe Biden since the two leaders took office this year.

Bennett has said he hopes to strengthen ties between the two nations after tense relations between his predecessor Benjamin Netanyahu and the Biden administration. His partner in the coalition government, Foreign Minister Yair Lapid has pledged to handle disagreements behind closed doors, as opposed to Netanyahu, who was more willing to publicize his diputes with the White House.