Defense Minister Benny Gantz announced Sunday that he would form a government committee to investigate the irregular purchase process of submarines and corvettes, an affair that has already resulted in indictments against several close associates of Prime Minister Benjamin Netanyahu, as well as high-ranking military officials, but not the premier himself.

The so-called submarine affair, also known as Case 3000, revolves around allegations of a massive bribery scheme in the multi-billion-shekel state purchase of the naval vessels from German shipbuilder Thyssenkrupp.

Netanyahu, who former defense minister Moshe Ya’alon claims led an improper effort to buy the submarines from Thyssenkrupp, has previously blocked a number of efforts to form a parliamentary commission of inquiry.

Gantz’s move to set up the government commission of inquiry, which will operate under the auspices of the Defense Ministry, could inflame tensions with Netanyahu and imperil the already dysfunctional unity government.

The committee is to be established under military law, which would require any citizen who is subpoenaed — including Netanyahu and his associates — to appear or face possible imprisonment.

The defense minister’s office said in a statement that the committee, to be led by retired judge Amnon Straschnov, will be specifically tasked with exploring the role of the Prime Minister’s Office in the purchase of the naval vessels, as well as that of the National Security Agency and the Defense Ministry.

The statement noted that Gantz had reached a decision on the establishment of the committee after holding numerous consultations with former senior members of the legal and security establishment.

“In light of these consultations and current information to which he is privy, Gantz has come to the conclusion that a formal inquiry by a Defense Ministry commission will be able to shed light on some of the processes that led to the procurement of submarines and patrol boats, looking at the procedures and contracting execution,” it said.

While several of Netanyahu’s close associates face charges in Case 3000, which involves suspicions Israeli officials were bribed to push for the acquisitions of naval vessels and submarines from Thyssenkrupp, the prime minister has not been implicated and the attorney general has said he is not a suspect.

The scandal also involves the sale of two Dolphin-class submarines and two anti-submarine warships by Germany to Egypt, allegedly approved by Netanyahu without consulting or notifying the Defense Ministry. Critics and rivals of Netanyahu allege he had a possible conflict ‎of ‎interest surrounding the massive deal for the vessels. 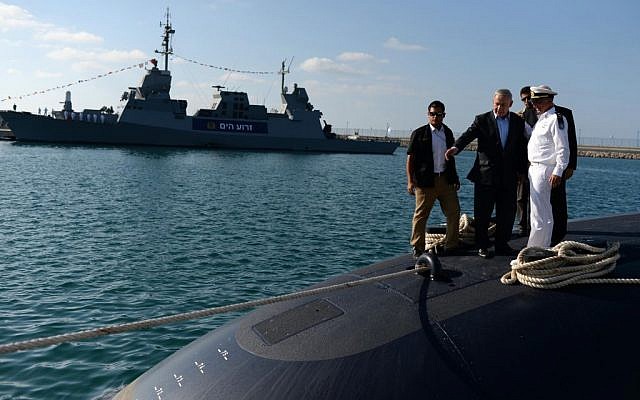 David Shimron, Netanyahu’s personal lawyer and second cousin, was originally suspected of mediating a bribery deal in the submarine case, but that charge was dropped by police and he is instead charged with money laundering. Avriel Bar-Yosef, Netanyahu’s one-time pick for national security adviser, faces charges of requesting a bribe, taking a bribe, fraud and breach of trust.

In October, the state prosecution told the High Court of Justice that it believes there is no justification to open a criminal probe into Netanyahu over the matter.

Gantz’s office said the findings of the committee will be presented within four months and will be shared with “full public transparency.”

“The defense minister instructed the committee members to work with the professional echelon in the Ministry of Defense and emphasized to them that they are required to carry out their work independently, without the involvement of the political echelons,” the statement stressed. 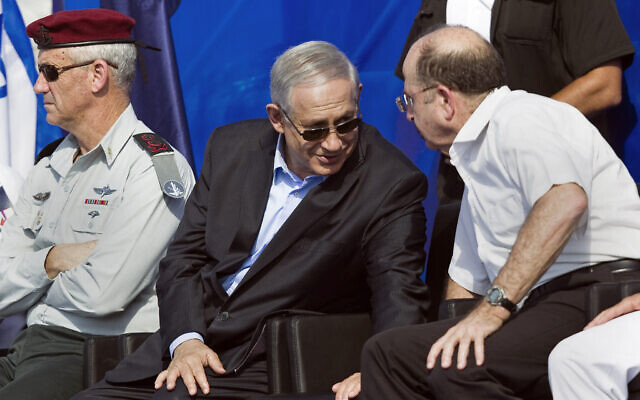 On the campaign trail, Gantz called for a state commission to probe the submarine affair, but in recent months Blue and White has refrained from voting on several bills to establish such an investigative committee, all of which were shot down due to a lack of support in the Knesset.

His decision appeared likely to spark a coalition crisis, with coalition chair Miki Zohar immediately responding to the announcement by saying that “Ganz’s decision to set up a commission of inquiry into the submarines is nothing less than an act of defiance against Likud and its leader.”

Zohar added that “although Ganz is well aware that Netanyahu has no hand in the story of the submarines, he is working to discredit him while risking the integrity of the coalition.

“Today we received further proof that Ganz is forcibly dragging Israel to elections in the midst of a global crisis. I am sorry that instead of assisting the prime minister in his efforts to bring vaccines to the citizens of Israel, Gantz is trying to regain the seats of some of Netanyahu’s haters,” Zohar said.