SAN DIEGO, California (AP) — Sirhan Sirhan faces his 16th parole hearing Friday for fatally shooting US Sen. Robert F. Kennedy in 1968, and for the first time no prosecutor will be there to argue he should be kept behind bars.

Los Angeles County District Attorney George Gascón, a former police officer who took office last year after running on a reform platform, says he idolized the Kennedys and mourned RFK’s assassination but is sticking to his policy that prosecutors have no role in deciding whether prisoners should be released.

That decision is best left to California Parole Board members who can evaluate whether Sirhan has been rehabilitated and can be released safely, Gascón told The Associated Press earlier this year. Relitigating a case decades after a crime should not be the job of prosecutors, even in notorious cases, he said.

“The role of a prosecutor and their access to information ends at sentencing,” Alex Bastian, special advisor to Gascón, said in a statement Thursday.

The 77-year-old Sirhan, a Jerusalem-born Palestinian, has served 53 years for the first-degree murder of the New York senator and brother of President John F. Kennedy. RFK was a Democratic presidential candidate when he was gunned down at the Ambassador Hotel in Los Angeles moments after delivering a victory speech in the pivotal California primary.

Gascón said he admired Kennedy while Sirhan is “the kind of individual that we all like to hate.”

“I can get very emotionally wrapped around my personal feelings (about) someone that killed someone that I thought could have been an incredible president for this country,” Gascón said. “But that has no place in this process. Just like it doesn’t for the person nobody knows about.”

She plans to argue that the board’s decision should be based on who Sirhan is today and not about past events, which is what the board has based its parole denials on before. She said she plans to focus on his exemplary record in prison and show that he poses no danger.

“We can’t change the past, but he was not sentenced to life without the possibility of parole,” Berry told the AP on Thursday. “To justify denying it based on the gravity of the crime and the fact that it disenfranchised millions of Americans is ignoring the rehabilitation that has occurred and that rehabilitation is a more relevant indicator of whether or not a person is still a risk to society.”

Sirhan’s hearing will be presided over by a two-person panel that usually announces its decision the same day. After that, the Parole Board staff has 90 days to review the decision, and then it is handed over to the governor for consideration. 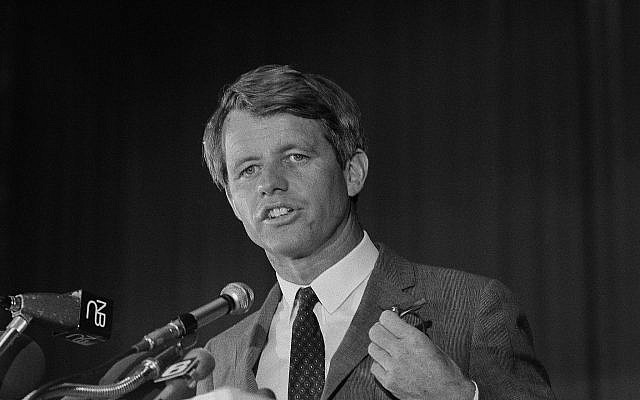 In this May 9, 1968 file photo, Sen. Robert F. Kennedy speaks to the delegates of the United Auto Workers at a convention hall in Atlantic City, N.J. The seventh child of Joseph and Rose Kennedy was named U.S. attorney general after his brother’s election in 1960. He was elected U.S. senator from New York in 1964. In 1968, during his campaign for the presidency, he was shot and killed in Los Angeles, moments after winning the California Democratic primary. (AP Photo, File)

Sirhan was sentenced to death after his conviction, but that sentence was commuted to life when the California Supreme Court briefly outlawed capital punishment in 1972. At his last parole hearing in 2016, commissioners concluded after more than three hours of intense testimony that Sirhan did not show adequate remorse or understand the enormity of his crime.

Berry said California laws approved since 2018 support her case. One she plans to point out to the board favors releasing certain older prisoners who committed crimes at a young age when the brain is prone to impulsivity. Sirhan was 24 at the time of the assassination and said he had been motivated by Kennedy’s support for Israel.

Sirhan has in the past stuck to his account that he doesn’t remember the killing. However, he has recalled events before the crime in detail — going to a shooting range that day, visiting the hotel in search of a party and returning after realizing he was too drunk to drive after downing Tom Collins cocktails.

Just before the assassination, he drank coffee in a hotel pantry with a woman to whom he was attracted. The next thing he has said he remembered was being choked and unable to breathe as he was taken into custody. At his 2016 hearing, he said he felt remorse for any crime victim but couldn’t take responsibility for the shooting. 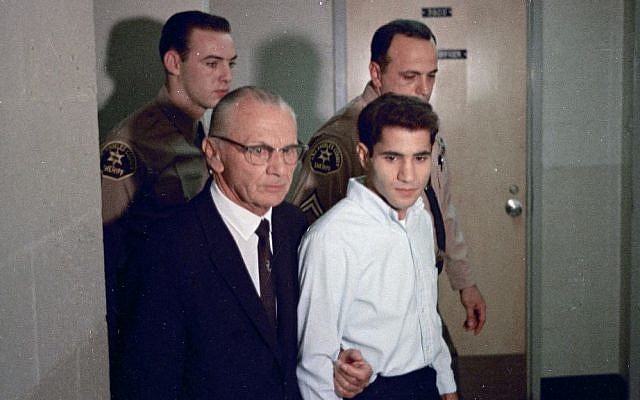 Sirhan told the panel then that if released, he hoped he would be deported to Jordan or live with his brother in Pasadena, California.

After 15 denials for his release, Berry said it’s difficult to predict how much of an impact the prosecution’s absence will have on the outcome.

“I like to think it’ll make a difference. But I think everybody is not impervious to the fact that this is political,” she said.