Prime Minister Benjamin Netanyahu has said he believes his Likud party will soar to Knesset 40 seats or more in the coming election, helping him secure a majority in the next Knesset, form a coalition and remain prime minister as head of a government that does exactly as he says.

The reason for his upcoming electoral success, according to the premier, is the pandemic.

In leaked footage aired Thursday by Channel 12 News of a video conference meeting held the previous night, Netanyahu could be seen saying his political fate was tied to the virus crisis, and that he’ll win in the March election due to his perceived success in tackling the pandemic with the country’s massive vaccination campaign.

Netanyahu was meeting with representatives of a protest group representing independent business owners, with Channel 12 reporting he feared the activists could join with his political opponents or attempt to form their own party ahead of the election.

The activists represent the “I Am Shulman” (“Ani Shulman” in Hebrew) Facebook group, which was formed in 2019 and has become a social media rallying point for the self-employed in Israel, who have long complained of unfair treatment by the government. Many of them have been particularly hard-hit by the pandemic. The group currently has some 200,000 members.

Netanyahu promised the activists he would be able to secure a majority coalition of at least 61 seats in the 120-seat Knesset in order “to get you what you want.”

“In none of the previous elections have I had [a majority of 61]. Now I can, because there is one change: Coronavirus,” the prime minister said.

“The coronavirus lowers [me] when it rises, and the coronavirus brings [me] up when it goes down,” he continued, referring to the daily case rates which are expected to decrease as the effects of Israel’s ambitious vaccination drive and third national lockdown begin to be felt.

Netanyahu announced last week that Israel would be the first country in the world to inoculate all of its citizens over the age of 16 and that it will do so by the last week of March. The election is set to be held on March 23.

“We will pass 61, without Blue and White and the left,” Netanyahu told the activists.

“If I have for that matter 40, 42 seats, together we are even 63,” he said, explaining that he sees the next coalition comprising of his Likud, the two ultra-Orthodox parties — Shas and United Torah Judaism — and MK Bezalel Smotrich’s newly independent Religious Zionism Party. It is not yet clear that the latter can pass the electoral threshold to enter the Knesset.

Netanyahu also predicted that his recent efforts to reach out to the Israeli Arab community could yield him “three or even four seats.”

In a lengthy and tense back and forth with the activists, Netanyahu beseeched them not to join the crowded political field for fear that they will take votes from other parties while failing to enter the Knesset, potentially costing him his coalition. 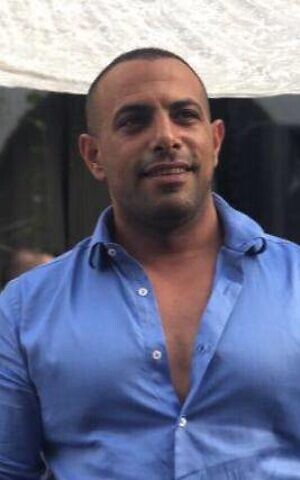 According to Channel 12, the meeting took place after the leader of the “I Am Shulman” group, Abir Kara, rejected Netanyahu’s offer to join the Likud slate.

“If you really want to solve your problems, you should give me your votes,” he said, promising to advance their demands for breaking up monopolies, weakening the status of labor unions and removing bureaucratic barriers for self-employed workers.

Asked why, with his ability to tackle the coronavirus, for example, he has not been able to take on the unions in his 12 years in power, Netanyahu blamed his former finance minister Moshe Kahlon, who served in the position until after the 2019 election, for having close ties to the Histadrut labor union.

“This is who people voted for to break the monopolies! Vote for me, I will break monopolies!” he said.

To the suggestion that he “despised” small business owners, Netanyahu responded furiously: “I despise you? I’m not working for you? I almost sacrificed my political career two or three times to help you!”

The activist group, which was formed before the pandemic hit Israel, has seen a swell of support as the government introduced three national lockdowns to tackle the coronavirus outbreak, repeatedly shutting business across the country.

In July, the group organized a rally in Tel Aviv’s Rabin Square against the government’s handling of the economic crisis, and what they said was insufficient aid offered to small business owners and professionals in the hard-hit entertainment and hospitality industries. Some outlets estimated that as many as 70,000 attended the demonstration. 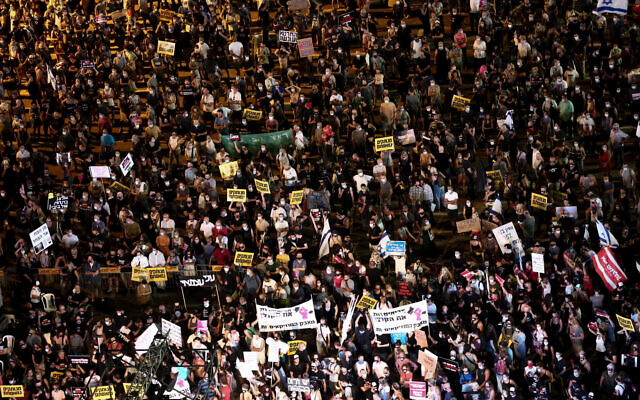 Protesters demand government action at a demonstration in Tel Aviv’s Rabin Square, in the wake of the economic crisis triggered by the COVID-19 pandemic, on July 11, 2020. (Miriam Alster/ Flash90)

Responding to the airing of the video of Netanyahu, “I Am Shulman” said in a statement, “While politicians talk, we have been working hard to help the self-employed and achieve results. We receive many offers to join parties, thanks to the power we have accumulated, and we will examine each of them with a view to what can be done that will be of maximum benefit to the independent [workers’] public in Israel.”

Hitting out at Channel 12 for broadcasting the footage, Likud claimed that the news outlet “chose to broadcast two minutes that are not representative of the important and prolonged meeting.”

“After the prime minister brought millions of vaccines to all Israeli citizens, he is devoting himself to helping the self-employed and all those hurt during the coronavirus [pandemic] so that we can all get back to life,” the statement said.