More than a century ago, Jewish doctors were prescribing “solitary walks in the forest” and Bohemian spring water to their patients. Ready to meet the onslaught of largely Yiddish-speaking tourists was Marienbad, one of three Czech spa towns with seasonal Jewish influxes.

Surrounded by dozens of springs with high-mineral content, Marienbad was where great Torah scholars from Poland rubbed elbows with Britain’s King Edward VII and Sigmund Freud. Festooned with elaborate fountains, promenades, and meeting halls, the town was perfect for conventions and conferences.

“In Marienbad they all mingled together, and the Rabbonim tried to influence the public in a Jewish and positive way, without antagonizing them,” wrote David Leitner, author of “Marienbad & Beyond,” a book about his family’s role in the spa town’s Jewish heyday.

Before the Holocaust, Leitner’s Hasidic family operated the David Leitner Hotel National, founded by the author’s great-grandfather. Playing host to celebrities and workers alike, the hotel staff learned of world events from the actors themselves, said Leitner, who lives in Manchester, England.

Entrance to the Hotel National owned by the Leitner family of Marienbad. The Vishnitzer Rebbe is shown leaving with followers. (courtesy: David Leitner)

For example, when Queen Wilhemina of the Netherlands visited Marienbad, she witnessed thousands of people greet Rabbi Tzvi Hirsch Spira at the train station. Requesting a meeting with the legendary scholar, the queen planned to tell Spira — known as the Muncaj Rebbe — about her inability to produce an heir.

After uttering a few blessings during their meeting, the Muncaj Rebbe assured the queen that her line would continue. Within months, the queen was pregnant with Princess Juliana, heir to the throne. (Years later, as Nazi Germany took over Europe, Queen Wilhemina intervened to help 80 prominent rabbis acquire entry visas to the Netherlands.)

A stage for politics

Known in Czech as Mariánské Lázně, Marienbad opened its first treatment center — “The Golden Ball” — at the end of the 18th century. 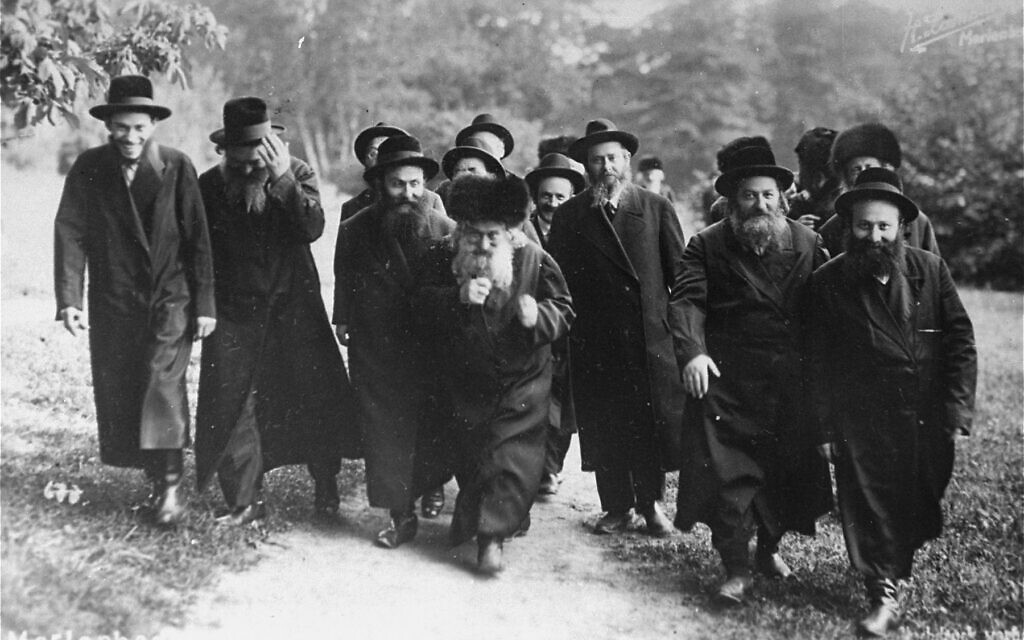 The Gerrer Rebbe — or ‘Imrei Emes’ — and his followers in Marienbad, 1920 (public domain)

In 1820, Jews were permitted to take up residence in Marienbad, which they had already been visiting for treatments. The community built a synagogue and operated numerous institutions, as illustrated in dozens of photos compiled by Leitner for his book.

Although Marienbad was never exclusively Jewish, the three large Bohemian spa towns — Marienbad, Carlsbad, and Franzensbad — were often referred to as “Jewish towns.” The Jewish communities of Vienna, Prague and Berlin helped fund a local hospital in Marienbad, which made the springs available to poor people. 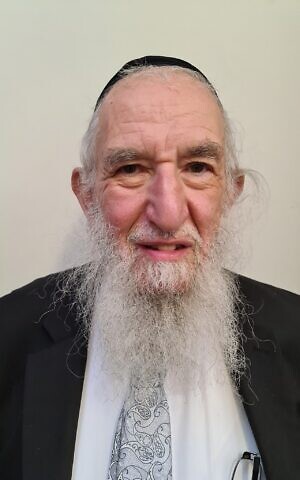 At the Hotel National, kosher food and running water in every room were standard. The entrance was flanked by signs displaying the various amenities, including a lift to upper floors and central heating.

The hotel’s religious facilities included a mikveh ritual bath and synagogue whose ceiling was painted dark blue. As a point of pride, the foyer displayed a poster with the images of 50 great Torah scholars who frequented the premises.

In Leitner’s assessment, the most important aspect of his family’s work was “personally meeting and attending to the various needs of the large spectrum of Gedolim [great scholars], learning from them, their ethics and personalities. This ensured that each could take these lessons and further their own Yiddishkeit,” wrote the author.

A section of Leitner’s book is devoted to memorabilia from the Third Jewish World Congress, or the Orthodox movement’s “Great Knesset,” held by Agudas Yisroel in 1937. Kurt Leitner — the author’s father — was the organizing secretary, responsible for communicating with 5,000 delegates put up at hotels around town, including his own. 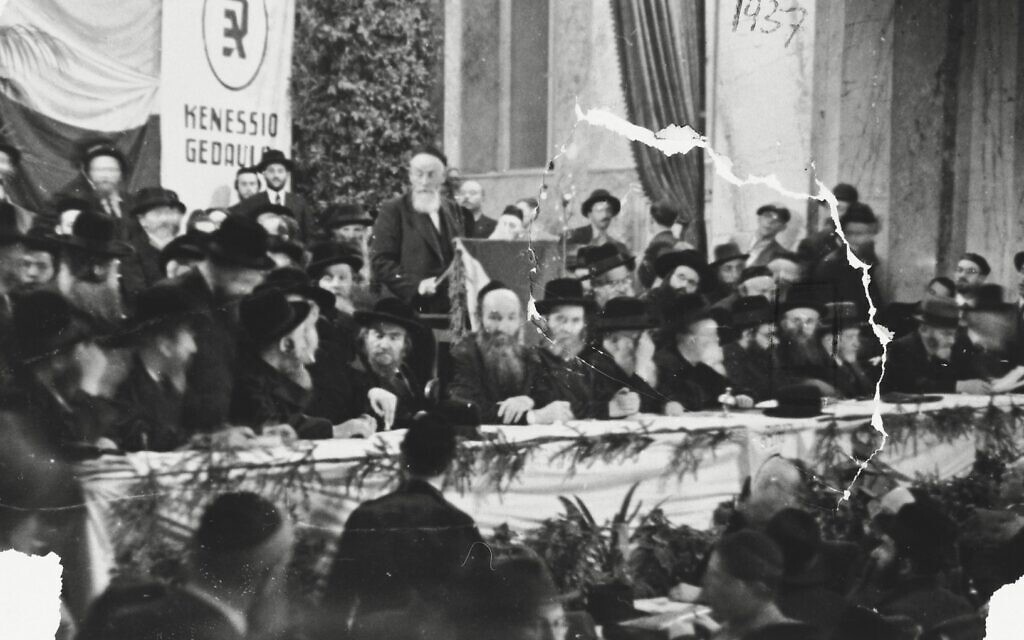 The main resolution of the congress was clear with regard to Zionism: “A Jewish state not based on the principles of Torah is a denial of Jewish origin, is opposed to the identity and to the true stature of our people, and undermines the basis of the existence of our people.”

This was the last congress held by Orthodox Jewry before the Holocaust.

‘They all mingled together’

The death knell for Jewish Marienbad came with Kristallnacht in 1938. The synagogue and cemetery were destroyed, and most of the community fled to Prague. The local newspaper boasted of a “Jew-free town” shortly afterward.

Kurt Leitner served as secretary of the Federation of Czech Jews during the Nazi occupation. According to David Leitner, his father helped publish the seminal document, “The Persecution of the Jews in Nazi Slovakia,” in which the world was alerted to the unfolding stages of genocide. 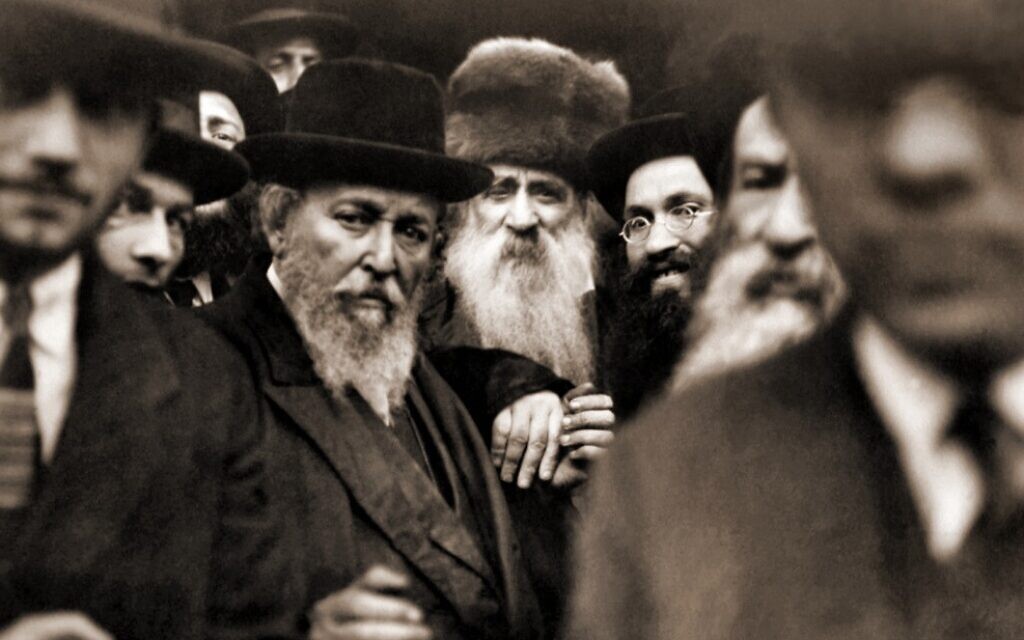 The Belzer Rebbe and followers in Marienbad, 1920 (public domain)

After the Holocaust, there was a modest resurgence of Jewish life in Marienbad. However, by 1972, the major Jewish institutions closed for lack of funding and participation. Since then, the primary source of Jewish life is the stream of Israeli tourists passing through to Prague.

“The Jewish clientele of Marienbad is missing and they would very much like them back, for economic reasons,” Leitner told The Times of Israel. “Many Russians and German still visit this unique town and I understand that Germans buy holiday apartments there.”

At the crossroads between east and west, Marienbad was where Franz Kafka could join the Belzer Rebbe for a forest walk. Although Marienbad is no longer a Jewish destination, Leitner has visited the town several times and said he enjoyed himself.

“Marienbad is not corrupted by modern entertainment,” said Leitner. “There are no pornographic posters displayed and therefore it is a very ‘morally’ clean place for a natural vacation.” 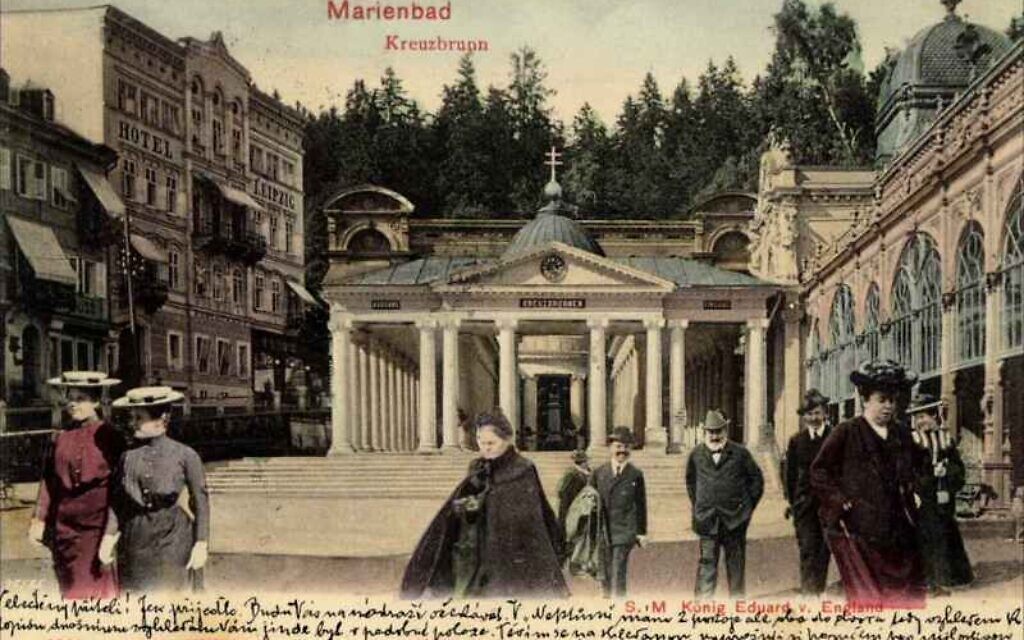