To judge by their joint statements, Prime Minister Naftali Bennett’s first meeting with US President Joe Biden, delayed and utterly overshadowed by the devastating attack at Kabul airport on Thursday, went just about as well as could be expected for the rookie Israeli leader.

In terms of public policy goals, Biden didn’t discomfit him on the Palestinian issue, pledged support for further Israeli peace deals in the region and beyond, promised to replenish Israel’s Iron Dome supplies, restated the US commitment to Israel’s regional qualitative military edge, and stressed the “unshakeable” American commitment to Israel.

Crucially, Bennett listened happily as Biden vowed to the watching world that the US would “never” allow Iran to acquire nuclear weapons. While his administration preferred to achieve this via diplomacy, Biden noted, it was open to “other options if that doesn’t work out.”

In their one-on-one and wider team meetings, Bennett will have been aiming to remake the American-Israeli dynamic on Iran. Under his predecessor Benjamin Netanyahu — whose shadow loomed over Friday’s meeting, as it looms over most everything Bennett does in these first months of his prime ministership — the US and Israel were openly at odds about how to stop the ayatollahs.

The fresh prime minister, by contrast, told Biden he had come to Washington with a “new spirit” encompassing goodwill, hope, decency, honesty, unity and bipartisanship. And his goal will have been to turn that new spirit into a revived strategic alliance against the regime in Tehran, whether or not the 2015 nuclear deal is revived — with joint understandings on how to deal with Iran as it moves ever-closer to a nuclear capability, and if and when it tries to break out to the bomb.

Personally, again in the shadow of Netanyahu, Bennett demonstrated poise and articulacy in the meeting — setting the appropriate tone with his condolences on behalf of all Israels for the loss of life in Afghanistan, stressing Israel’s appreciation for Biden’s longstanding support of Israel, and readily endorsing the president’s warm words for Barack Obama as the man to thank for ensuring that the US maintains Israel’s strategic military advantage over its enemies.

Astutely, in this grim week for the US and its leadership, Bennett also found effective words to highlight that Israel does not ask troops from America or any other country troops to put their lives on the line for us, but does depend profoundly on American diplomatic support and military assistance.

This meeting between Israel’s youngest-ever prime minister and America’s oldest-ever president was the first at the White House in over 12 years involving an Israeli premier whose name is not Benjamin Netanyahu. In their brief remarks to the press, Bennett, whose parents were born in the US, demonstrated that his predecessor is not the only Israeli leader who can manage fluent English on the world stage.

Politically for Bennett, the meeting wasn’t quite a home run. The intended Thursday summit would have coincided with the primetime evening news back home. Friday’s delayed and understandably shorter session began just before Shabbat in Israel, and the joint remarks to the media were broadcast after Shabbat had begun here.

Thus Bennett, whose path to the premiership was particularly improbable given that he heads the relatively small political party Yamina, missed the opportunity to impress his voters and potential voters: He’s Orthodox, most of them are Orthodox, and they would not have been breaching the Sabbath to see him live on TV. 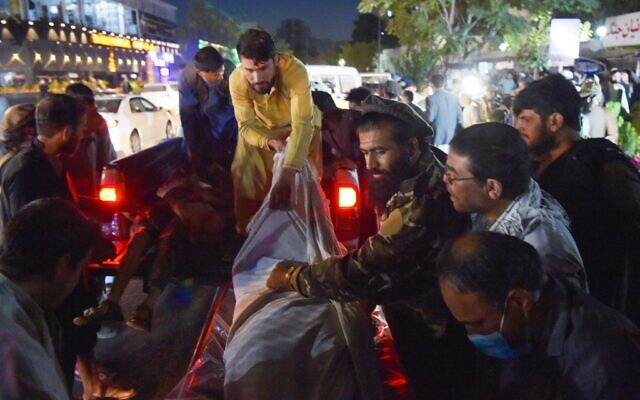 Volunteers and medical staff unload bodies from a pickup truck outside a hospital after two deadly blasts outside the airport in Kabul on August 26, 2021. (Wakil KOHSAR / AFP)

What is most important for the prime minister and the State of Israel, however, is not how well Friday’s summit went publicly, or even what was agreed behind the scenes. Rather, it relates to US policy and action at this crucial juncture for our vital ally’s involvement in the region.

Bennett was meeting with a president caught in the midst of the deadly debacle of US withdrawal from Afghanistan. The administration’s deepening failure to carry out a remotely orderly departure, itself a consequence of its striking failure to predict how that departure would play out, are profoundly undermining its credibility — among America’s friends and enemies, and among ours.

Bennett and Biden publicly celebrated their new friendship and pledged our countries’ commitment to each other. But the nature of the United States’ engagement in this part of the world was changing even before it found itself in the heart of this current deadly, bitter episode, and the uncertainty and concern are all the greater now. 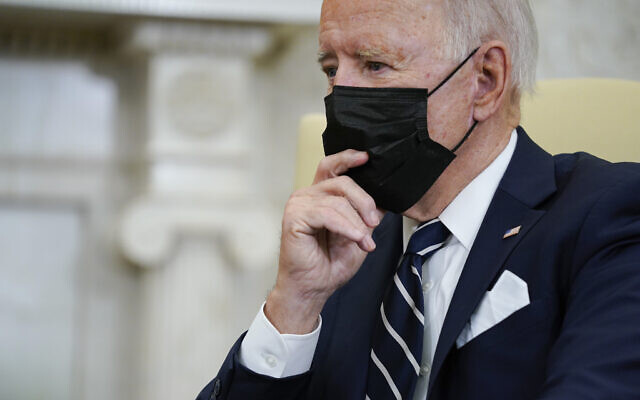 Bennett took pains to stress in his remarks that Israel, surrounded by enemies that seek its annihilation, “cannot lose sight for even one moment that we’re in the toughest neighborhood in the world.” But he also sought to make a similar point about the United States’ well-being in the face of threats it faces from its extremist enemies — states like Iran, and terrorist organizations such as Islamic Jihad— by noting that “these very days illustrate what the world would look like if a radical Islamic regime acquired a nuclear weapon: that marriage would be a nuclear nightmare for the entire world.”

The prime minister was urging the president not to turn America’s back on this neighborhood — for Israel’s sake, but also, emphatically, for America’s. If their talks Friday helped convince Biden and his team of that abiding joint imperative, it truly will have been a success.