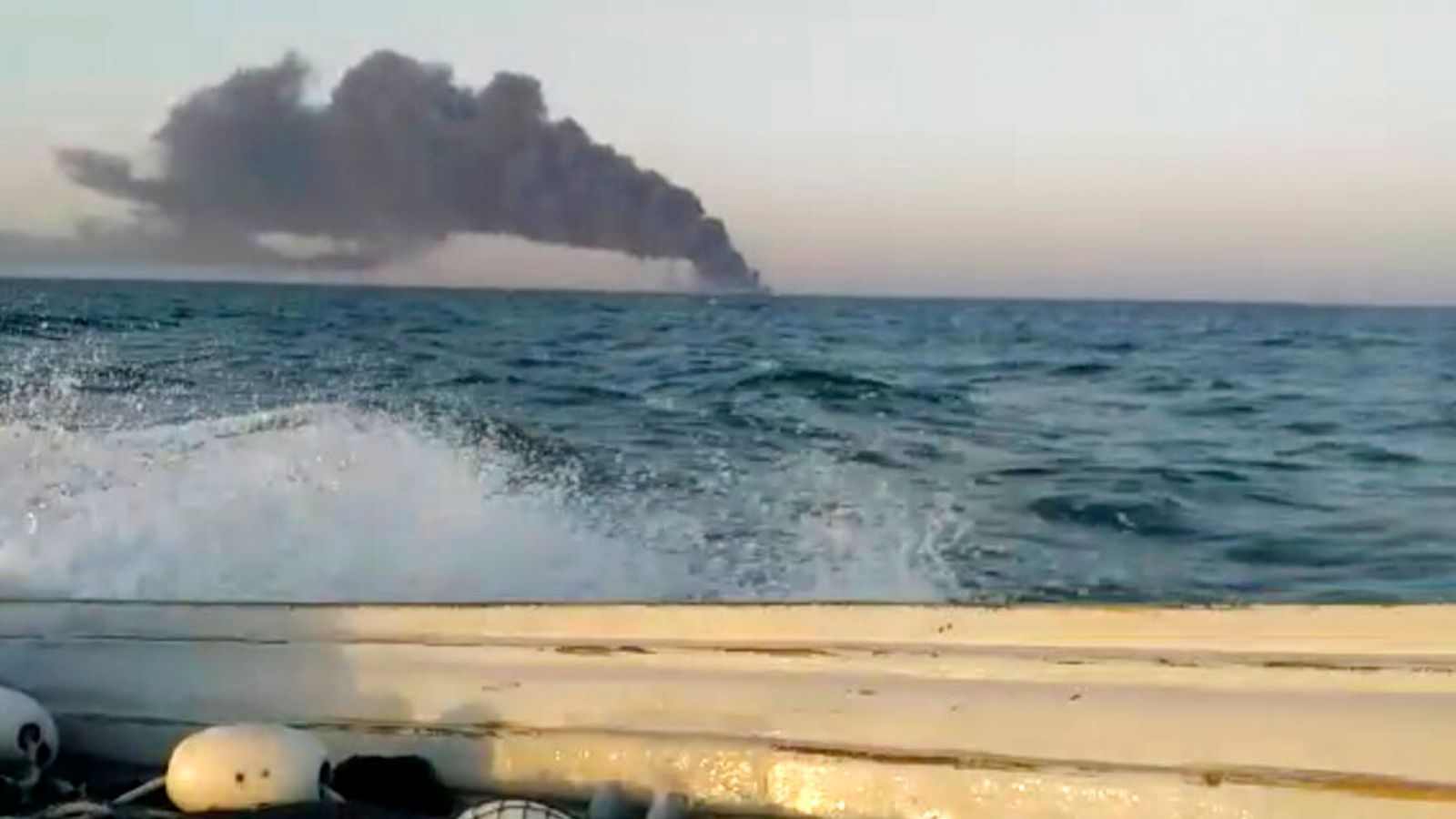 Iran’s largest navy warship has sunk in the Gulf of Oman after catching fire.

Iranian media did not give an explanation for the fire but said it had started at 2.25am local time on Wednesday.

Photos on social media showed sailors in life jackets evacuating the ship as it sank near the port of Jask, about 790 miles from the capital Tehran.

Fire has broken out at Iranian Army’s Kharg vessel. No casualties so far.
Telegram channel affiliated with Iranian Navy has denied rumors that it was bound for Venezuela, saying it was supposed to depart for Russia along with Alborz vessel, but the mission is now cancelled. pic.twitter.com/wczYtKBRXX

“All efforts to save the vessel were unsuccessful and it sank,” said Iran’s semi-official Fars news agency.

The ship was on a training mission, according to state TV.

It happened in an area where there have been accusations of attacks on ships owned by arch-enemies Iran and Israel.

The Kharg was built in Britain and entered service in 1984, and is named after the island that’s home to Iran’s main oil terminal.

It is one of the few Iranian naval ships that can replenish other vessels and is able to lift heavy cargo and launch helicopters.

Iran election: All you need to know as nation chooses its next president

Israel-Gaza violence: First flare-up since ceasefire is a reminder of its fragility

Airstrikes launched against Hamas after incendiary devices are sent into Israel