The arrangement announced by Gantz, which he described as a loan, will allow the Israeli government to effectively circumvent a law passed in 2018 that requires it to offset any payments made by the PA to Palestinians wounded, jailed, or killed by Israel — including avowed terrorists — by withholding the same amount from the Palestinian tax revenue that Israel collects.

Instead, Israel will loan the PA approximately NIS 500 million, and pay itself back next June out of the roughly NIS 600 million ($186 million) it withheld earlier this summer and put in escrow, which was estimated to be roughly the same as what Ramallah paid out in salaries to terror convicts and families of so-called martyrs in 2020.

Gantz’s announcement came after a meeting he held the night before with PA President Mahmoud Abbas, the first such public meeting between high-level Israeli and Palestinian officials in over a decade. At a briefing Monday, Gantz called for the PA to be bolstered as a bulwark against Hamas and other terror groups.

The PA did not immediately comment on the offer of funds. The two sides have been negotiating the matter for some time. Last week, a Palestinian official confirmed that these talks were taking place, though it described the arrangement as an “advance” on funds that the PA was owed, “not a loan.”

The defense minister said Israel would also recognize the status of Palestinians or their spouses currently living in the West Bank without proper documentation, most of whom came from the Gaza Strip or from abroad without official permission over the years in order to marry people in the West Bank. This status change would only apply to adults and would be performed according to the relevant security protocols, his office said.

Palestinian Authority President Mahmoud Abbas addresses a meeting of Fatah’s Revolutionary Council, in a speech that was broadcast on Wednesday, June 23, 2021. (WAFA)

A senior Palestinian official, Hussein Al Sheikh, confirmed that the PA had agreed to work with Israel to get approvals for 5,000 undocumented spouses as a first step toward addressing this issue in general.

Tens of thousands of undocumented spouses of Palestinians and others are thought to live in the West Bank, facing deportation or arrest if caught, and Israel, which is not obligated to approve these requests in accordance with a 1987 High Court ruling, has largely halted its recognition of undocumented Palestinian spouses over the last 12 years.

We have reached an agreement with the Israeli government on the Palestinian families’ reunification file, to have 5000 as a first batch in the road to finalising this file entirely in a prearranged timeframe.

Under the Oslo Accords, the PA requires Israeli approval in order to issue identity cards, but it has largely refused to pass along requests for these undocumented spouses, believing that Israel should not have this authority.  One former Palestinian official told The Times of Israel that 35,000 such residency applications were stuck in limbo between Israel and the PA.

Israel was also digitizing many of its permit applications for Palestinian in order to streamline the process and make it cheaper and easier, according to Gantz.

An additional 16,000 Palestinians will also be permitted to work in Israel, 1,000 of them specifically in tourism industries, and Israel will also approve more building in Area C of the West Bank, which is under full Israeli security control, he said.

Gantz’s meeting with Abbas came as Prime Minister Naftali Bennett returned from Washington after meeting with US President Joe Biden. Biden raised the Palestinian issue with the new Israeli leader during their discussions.

Bennett has vowed to prop up the ailing PA government and economy, although he has ruled out working to establish an independent Palestinian state.

The last high-level face-to-face talks between Israeli and Palestinian leaders were in 2010, at the beginning of former prime minister Benjamin Netanyahu’s second term in office. While the two leaders crossed paths on occasion later, ties became increasingly strained as the peace process went on indefinite hold; their last public phone call was in 2017 after a Palestinian terror attack. 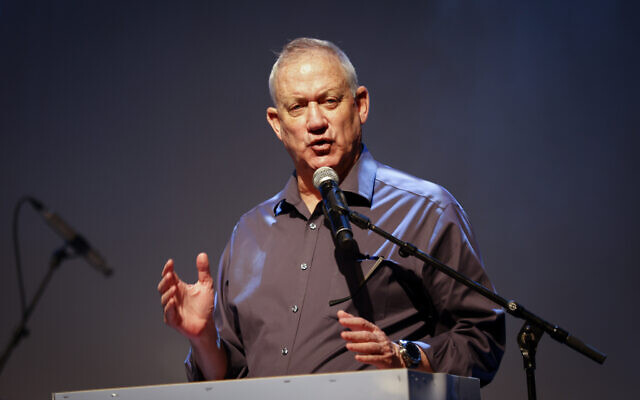 Gantz spoke on the phone with Abbas in mid-July, marking the highest-level public contact between the two sides since Netanyahu’s 2017 phone call. A flurry of meetings and phone calls have followed: Public Security Minister Omer Barlev spoke with Abbas a few weeks later, while ministers on both sides held rare meetings with their counterparts.

Israeli officials have publicly emphasized strengthening the PA’s economy as Ramallah faces a growing fiscal crisis. In July, Israel increased the number of work permits for West Bank Palestinians seeking employment inside Israel in an attempt to ease the economic pangs. 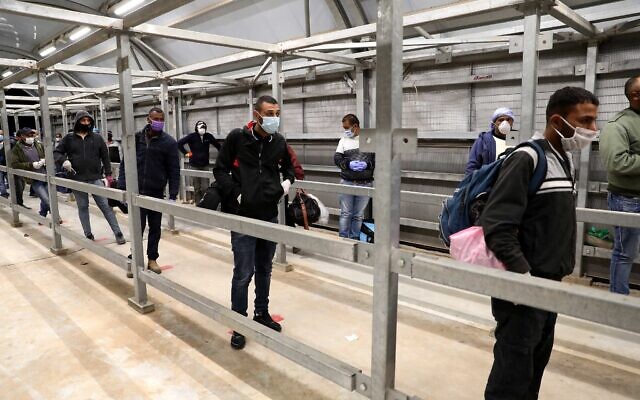 At the same time, Ramallah has seen a major drop in Arab and international aid, which previously accounted for a significant chunk of its budget. In 2019, the PA received around $300 million in budget support by the end of June. In 2021, however, it got just $30.2 million — barely more than one-tenth the amount.