In a potential blow to summer vacationers, Israel is expected to add Greece to the list of countries requiring full quarantine for all returnees, the Kan public broadcaster reported Saturday.

The report said the move was being mulled by officials in the wake of rising infection rates in Greece, as well as a number of cases found among holidaymakers arriving back in Israel from the nearby nation.

Greece has seen a recent spike in new confirmed cases which officials have blamed on the highly-contagious Delta variant of the coronavirus as well as crowded entertainment venues.

The addition of Greece to Israel’s list of countries requiring full quarantine would be a blow to the tourist industry there.

Greece is an incredibly popular vacation destination for Israelis — according to Kan there are 200-230 flights between the two nations every week.

Meanwhile, Army Radio questioned the delay in Spain’s designation as a banned country, reporting Saturday that 56 travelers arriving in Israel from the European country have been found to be infected with the coronavirus in the past month.

The Health Ministry said Friday that from July 23, Spain and Kyrgyzstan will be added to the list of countries with extreme rates of infection, to which Israelis are barred from flying, provided that a government committee approves the ministry’s request.

However despite the upcoming ban, flights from Spain are still landing at Ben Gurion Airport’s Terminal 3, and not at Terminal 1 which has been designated for flights from countries with extreme rates of infection, the report said.

When reached for comment by Army Radio, the Health Ministry said the flights were landing at Terminal 3 because the travel ban had not yet come into effect, claiming the decision was in the hands of the Israel Airports Authority.

According to Kan, officials believed there was a “reasonable” chance that the United Kingdom, Cyprus and Turkey would be on the list of banned locations within the coming weeks.

Meanwhile, as of Friday those returning from 15 countries deemed to have high infection rates were required to quarantine for the full seven days with a negative test result, according to the ministry’s updated guidelines. The full quarantine period was recently shortened from the previous 10-14 days.

Those returning from any other country now need to enter isolation, but for just 24 hours or until they receive a negative result to a test taken upon landing — the sooner of the two.

It is expected that test results will be delivered within 24 hours to ensure that returnees from non-high-risk countries that are nevertheless infected with COVID-19 don’t infect others. 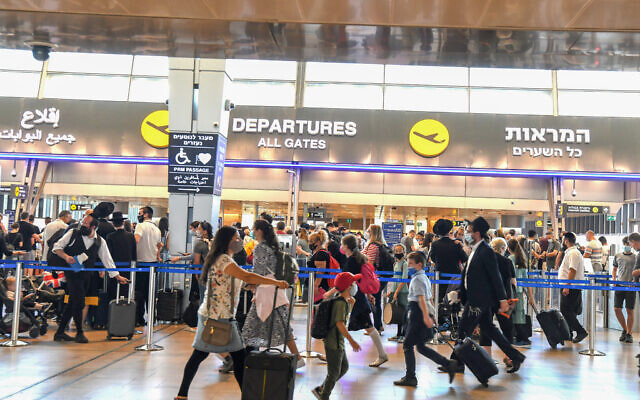 Israelis who are vaccinated or recovered from COVID-19 had been exempt from quarantine upon returning to the country until now, unless they were returning from the countries to which travel is banned for health reasons.

“Anyone who hoped that vaccines on their own would solve the problem — they won’t,” Bennett said at a meeting attended by ministers, health officials, national security council members, police and the military.

“Delta is surging” all over the world, he said. “On the one hand the vaccines are effective against the virus, and so we are making sure we have the necessary stocks. But vaccines alone are not enough.”