By Chris Jewers For Mailonline and Afp

Israel is facing a fresh surge of coronavirus cases leading to calls for teenagers to be given jabs as even the fully vaccinated are catching the Delta variant of the virus.

Israel recorded 125 new cases on Monday – the most per day since April, in a country where more than half the population has been fully vaccinated.

The country’s latest outbreaks were identified in several schools during random testing and came after Israel rolled back nearly all of its coronavirus restrictions.

According to local newspaper Haaretz nine fully-vaccinated teachers in two schools were among those who contracted the virus, as were three fully-vaccinated members of the military, the Israeli Defence Forces announced.

At the peak of the country’s outbreak in January, Israel was recording some 10,000 daily cases but has since been able to get it under control thanks to its world-leading vaccination programme.

On Tuesday, newly-elected Prime Minister Naftali Bennett warned of a ‘new outbreak’ of coronavirus in Israel after the rise in infections, that he said was likely due to returning travellers carrying the Delta variant.

Israel is facing a fresh surge of coronavirus cases leading to calls for teenagers to be given jabs as even the fully vaccinated are catching the Delta variant of the virus. Pictured: A nurse injects an Israeli youth with the Pfizer BioNTech COVID-19 vaccine at a Maccabi Health Center in Jerusalem, on Tuesday, June 22, 2021

‘Our goal is to end it, to take a bucket of water and pour it on the fire when the fire is still small,’ Bennett said at Ben Gurion airport, where the government announced an expanded testing facility would be set up.

Bennett noted that a recent spike in infections appeared to be due to the highly contagious Delta variant of the virus that likely came from overseas.

An outbreak in the town of Binyamina, north of Tel Aviv, saw more than 1,000 people quarantined and appeared to be due to travellers returning from Cyprus, he said.

‘Whoever doesn’t have to fly abroad, please don’t,’ Bennett added.

Last month, the country expanded its vaccine eligibility to include teenagers, but left the decision up to parents.

Defence minister Benny Gantz has ordered the military and the civil defence to renew its efforts to test the population and to keep the contract department open that was shut down.

On Tuesday, the health ministry announced that 49,044 tests had been conducted over the past day, with a positivity rate of 0.3 percent.

Bennett, who ousted former premier Benjamin Netanyahu earlier this month, said he was reconvening a ‘corona cabinet’ to handle the challenge.

‘We reached an initial decision to treat this as a new outbreak,’ Bennett said. 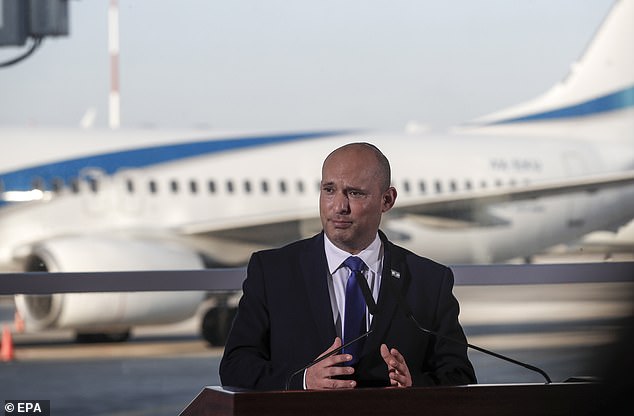 On Tuesday, newly-elected Prime Minister Naftali Bennett (pictured) warned of a ‘new outbreak’ of coronavirus in Israel after the rise in infections, that he said was likely due to returning travellers carrying the Delta variant

Israel launched a sweeping vaccination campaign after obtaining millions of doses of the Pfizer-BioNTech vaccine.

More than 55 percent of Israel’s population – some 5.2 million people – have received both doses of the vaccine.

Nearly a third of the new cases recorded in the past week have been found in vaccinated people, with many of the new infections being the delta variant.

Hezi Levi, the health ministry director-general, speaking to Israel’s Channel 12 on Monday said that most of the cases among vaccinated individuals are mild, but called on parents to have their children vaccinated. 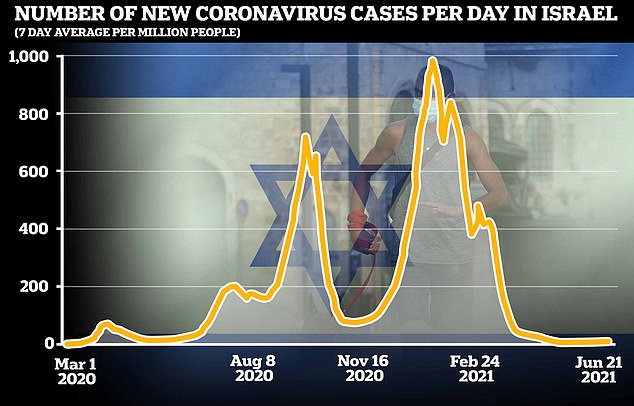 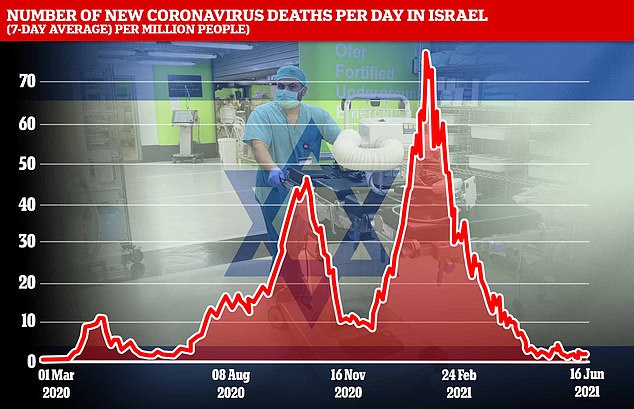 Bennett urged parents to get their children vaccinated too, calling for children aged 12 and older to get jabs ‘as quickly as possible’.

Health ministry figures show that young people aged 10-19 were the most affected by the virus last month.

On June 15, Israel lifted its requirement to wear face masks in enclosed public places – one of the last measures in force to fight the country’s outbreak.

IN total, the country has recorded over 840,000 novel coronavirus cases, including 6,428 deaths.