Israel on Sunday made booster doses of the COVID-19 vaccine available to everyone age 12 and up who received the second shot at least five months earlier, in an effort to combat spiraling coronavirus infections.

“From today the third dose is available to everyone,” Health Ministry Director-General Nachman Ash said.

The new policy is effective immediately and those eligible should set up appointments with their health providers, the Health Ministry said.

Prime Minister Naftali Bennett urged all Israelis to get the booster.

“This is a privilege that no other country has,” he said Sunday, after the new policy was announced.

Israel — the first country to officially offer a third dose — began its COVID booster campaign on August 1, rolling it out to all those over age 60. It then gradually dropped the eligibility age, expanding it last week to anyone 30 and older. As of Sunday, over 1.9 million Israelis had received the third dose.

The ministry also announced that Israelis who have been vaccinated with a third dose, starting a week after receiving it will be exempt from a week-long quarantine upon returning to Israel from countries that are considered to have a low or moderate risk of COVID infection. That policy is effective as of September 3.

The exemption also applies to those who have had their second vaccine dose within the last five months, the ministry said.

Instead, they will self-isolate for just 24 hours, or until they receive a negative test result, which they would take upon landing.

Additionally, the “Green Pass” system, a document that allows entry into certain gatherings and public places for those who are vaccinated or have recovered from the coronavirus will expire six months after the holder received their second or third dose, the Health Ministry said. The move enters effect on October 1.

This policy aims mainly to encourage those who have had two doses to get their booster shot.

“Even under immense pressure, we maintained a balanced and responsible line that recognizes the value of life, but also takes into account that restrictions and closures exact a price,” Health Minister Nitzan Horowitz said at a press conference Sunday.

“We must continue vaccinating at a fast pace. It is critical for success,” Horowitz added.

The ministry could not yet say if a fourth dose would be required in six months.

“It is too early to speak about the end of the fourth wave,” Horowitz said, as data showed cases continued to rise. 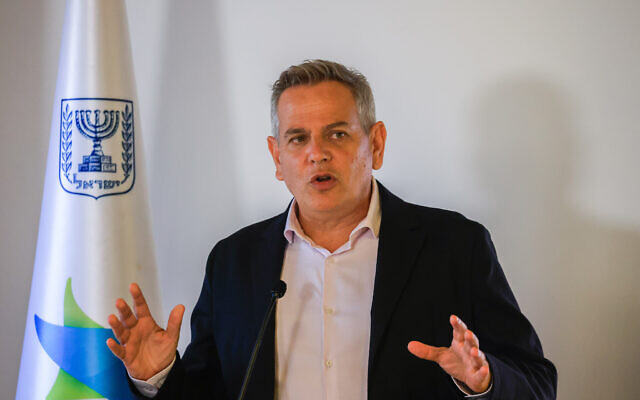 On Saturday, 7,071 people in Israel tested positive for COVID-19, according to Health Ministry statistics. As of Sunday, there were 80,579 active COVID cases in Israel, with 1,175 hospitalized, 726 in serious condition, and 149 of them on ventilators. The death toll since the start of the pandemic stood at 6,958.

Tuesday saw the highest one-day figure so far during the fourth wave, with over 10,000 infections — close to the record for a one-day new case total set in January.

Prof. Eran Segal, a top coronavirus adviser to the government, told Army Radio on Sunday morning that the entire eligible population should receive the third dose.

“From the moment that we understood the vaccine is fading, the right thing to do is to give a third dose to the entire population that got vaccinated five months or more ago,” Segal said.