Israel is slow-walking the extradition case of a fugitive Mexican, a former top investigator who is seeking asylum in the country, in protest of Mexico’s support for human rights investigations of Israel at the United Nations, The New York Times reported Thursday.

Tomas Zeron, who headed the Criminal Investigation Agency, is wanted on charges of compromising an investigation into the disappearance of 43 students in 2014. He is also accused of embezzling over $50 million dollars and torturing suspects.

After the case into the mass abduction was reopened, following the election of Mexican President Andres Manuel Lopez Obrador, Zeron fled. He has been in Israel since September 2019 and has requested asylum, according to the report.

Israeli officials familiar with Zeron’s petition told the newspaper that he claims he is being persecuted as part of an effort by the incumbent Mexican president to get back at his predecessor Enrique Pena Nieto.

Israel has not answered Mexican requests to extradite him, nor has it granted him asylum, the report said.

An unnamed senior Israeli official cited in the report said the processing of the extradition request was being delayed as part of a policy of “tit-for-tit diplomacy” against Mexico, started by former prime minister Benjamin Netanyahu in retaliation against countries that vote against Israel in UN forums.

“Why would we help Mexico?” the official said, pointing to the country’s support for UN Human Rights Council probes of Israel over its fighting against terrorists in the Hamas-ruled Gaza Strip and its treatment of Palestinians.

The official also said some of Zeron’s claims could be valid, reasoning that just as Mexico is acting against Israel over alleged crimes he asserted it is not guilty of, it could also be persecuting the ex-investigator without valid cause.

Alejandro Encinas, the Mexican undersecretary for human rights, insisted to the Times that no political motivations were at play.

“There is a video that’s public where this guy is torturing someone and threatening him with death. And that’s not a matter of speculation or political persecution of anyone,” he said.

Encinas also charged that Zeron had received assistance from Israeli firms he has ties to, such as controversial private intelligence firm NSO Group, whose spyware the fugitive reportedly authorized for use.

NSO denied ever assisting Zeron, and the report said Encinas provided no direct proof of the allegation. An international media investigative effort called “The Cartel Project” reported in December that he had fled to Israel with help from his contacts in the country’s cyber-surveillance industry. 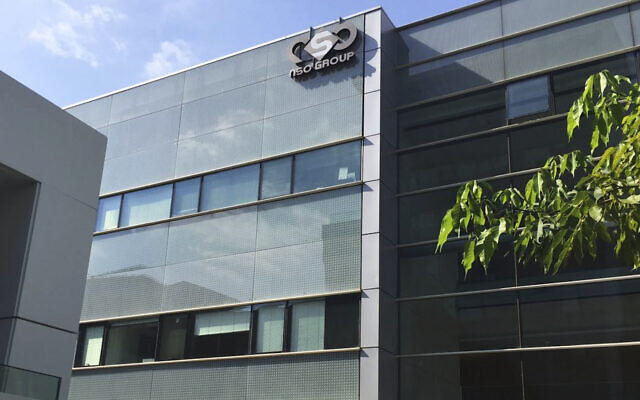 The students had taken five buses to travel to a demonstration, but were stopped by corrupt police in the city of Iguala, Guerrero and handed over to a drug cartel.

Prosecutors initially said the cartel mistook the students for members of a rival gang and killed them before incinerating their bodies at a garbage dump and tossing the remains in a river.

However, independent experts from the Inter-American Commission on Human Rights rejected the government’s conclusion, and the families of the victims continue to demand answers.