The Health Ministry is expected to approve COVID-19 vaccine booster shots for all Israelis over the age of 12 next week, according to a report on Saturday.

The shots will be available to anyone who received their second vaccine dose at least five months ago, the Kan public broadcaster said.

The information was not immediately confirmed by the Health Ministry.

More than 1.9 million Israelis have received a COVID booster dose since the shots first became available on August 1. As of Tuesday, the third doses are available to all Israelis over the age of 30.

The Health Ministry is also reportedly considering easing quarantine rules for those who have received a booster shot, once more Israelis have been administered the third dose, according to Kan.

According to Health Ministry figures cited by Channel 12 news on Wednesday night, a third coronavirus vaccine dose boosts protection against severe illness from the virus to 97 percent after 16 days. The network also said that 16 days after the booster shot is administered, protection against infection jumps to 95%.

A healthcare worker fills a syringe with the Pfizer COVID-19 vaccine at the American Museum of Natural History in New York, July 22, 2021. (AP Photo/Mary Altaffer, File)

According to the report, while the level of antibodies is considerably higher within seven days of the shot, they appear to reach their peak after 16 days.

On Friday, 8,485 people in Israel tested positive for COVID-19, according to  Health Ministry statistics. As of Saturday, there were 81,679 active COVID cases in Israel, with 1,120 hospitalized, 703 in serious condition, and 153 of them on ventilators. The death toll since the start of the pandemic stood at 6,950.

Tuesday saw the highest one-day figure so far during the fourth wave, with over 10,000 infections — close to the record for a one-day new case total set in January.

Speaking to Channel 12 news Saturday evening, coronavirus statistician Prof. Eran Segal of the Weizmann Institute of Science said that there are indications that the infection rate numbers are trending downward.

“We currently have over 700 people in serious condition, it’s a high number, but this week’s addition was 50 people, the fewest amount in this wave,” he said.

The R number, the basic reproduction number of the virus, stood at 1.1 as of Saturday, but is decreasing, “and may even reach below 1 this coming week,” said Segal. An R rate of 1 indicates that every infected person will infect one other person on average, and a rate above 1 means the virus will spread more rapidly. 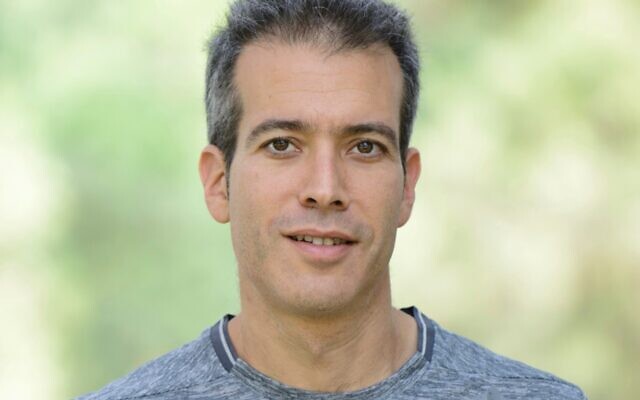 In addition, 60,000 previously unvaccinated persons received the jab this week. “It’s a far cry from the one million or so [left to vaccinate] but it is higher than previous weeks and there’s a huge effort on this front.”

Segal pointed to positive developments in the field and said that Israel has built a strong “barrier” against the virus, with close to two million people having received the booster shot in recent weeks, 400,000 having recovered from the virus and having at least some natural immunity, and 300,000 previously unvaccinated people deciding to get vaccinated since the beginning of this month.

Israel is now facing two critical events: the opening of the school year on September 1, and the High Holidays in the coming weeks, when people gather in synagogues and with their families to mark the holidays.

“But we have a million people with a booster shot just in the previous 10 days, we’re not yet seeing the effects of this in the data, but with all this combined, according to my estimation, this will balance any increase in morbidity, and, even if there is an increase in it, we will be able to handle it,” said Segal.