Israel on Tuesday began vaccinating Palestinians in East Jerusalem who have Israeli residency cards but live beyond the security barrier that runs through the eastern half of the city.

The vaccinations were carried out by Magen David Adom paramedics at the key Qalandiya crossing.

Tens of thousands live beyond the barrier that snakes through the capital, which some health experts have suggested could make it more challenging for them to access the vaccine.

MDA apparently chose to place the vaccination station by the crossing so as to increase accessibility to the vaccine to those who live beyond the barrier.

A MDA medic vaccinates a Palestinian worker in East Jerusalem on February 10, 2021 (Screencapture/Twitter)

The vaccination drive was coordinated with the Health Ministry and the IDF’s Central Command. It will operate on Tuesday from 10 a.m. until 8 p.m.

East Jerusalem is claimed by Israel, and was annexed in the wake of the 1967 Six Day War, and again declared Israeli in the 1980 Basic Law: Jerusalem, Capital of Israel. The Israeli declarations are not recognized by the international community. Israel considers the entire city its capital, while the Palestinians see the eastern sector as the capital of their future state.

Health experts have singled them out as a potential source of infection, given that many cross the Green Line on a daily basis. 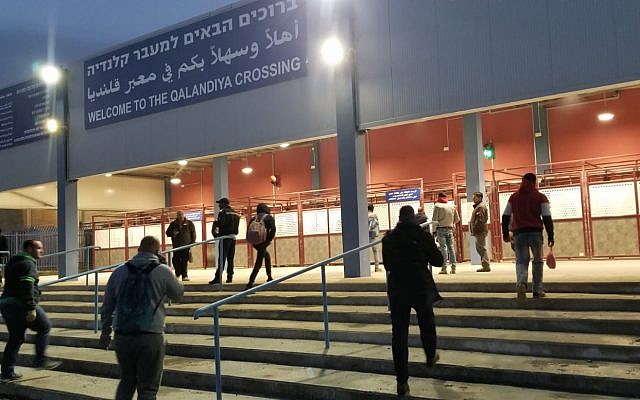 Palestinian workers stream into the Qalandiya checkpoint in northern Jerusalem on April 16, 2019. (Adam Rasgon/Times of Israel)

Israel has offered vaccinations to all of its citizens, Jews and Arabs alike, in addition to Palestinian residents of East Jerusalem. A fierce debate has raged for several weeks over whether Israel is ultimately responsible for providing vaccines to West Bank and Gaza Strip Palestinians.

In recent days Israel has transferred several thousand doses to Ramallah for the Palestinian Authority to vaccinate medical staff. But critics have faulted the Jewish state for not vaccinating the roughly five million Palestinians living in the Gaza Strip and the West Bank. 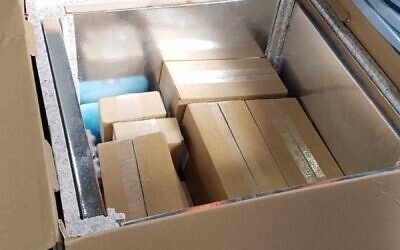 Russian COVID vaccines delivered from the Palestinian Authority in Ramallah to the Gaza Strip on February 17, 2021 (courtesy)

Critics of Israel’s vaccination policy point to the Fourth Geneva Convention, which states that an occupying power is required to provide vaccines to the inhabitants of the territories under its control.

Israel rejects the claim that it occupies the West Bank, saying the territories it has ruled since 1967 are “disputed,” rather than occupied. It also notes that it has pulled out of Gaza, though it maintains a blockade over the territory, which it says is necessary for security; the Hamas terror group, which rules, Gaza, is committed to the destruction of the Jewish state. As such, Jerusalem has never accepted the applicability of that international law statute to the territories.

The government points to the 1995 Oslo Accords, which stipulate that the Palestinian Authority is responsible for Palestinians living in the West Bank and Gaza, while both sides are to work together to combat epidemics.