Yuval Steinitz and his Egyptian counterpart Tarek el-Molla “agreed on the construction of an offshore gas pipeline from the Leviathan gas field to the liquefaction facilities in Egypt,” the official said, speaking on the condition of anonymity.

The goal was “to increase the gas exports to Europe through the liquefaction facilities in Egypt, in light of the growing demand in Europe for natural gas,” he added.

The deal was announced as Molla visited Israel, where he also met Prime Minister Benjamin Netanyahu and Foreign Minister Gabi Ashkenazi as well as Steinitz.

The energy ministers and their teams met “in order to enlarge and to increase the cooperation in energy,” Molla said in a video released by Steinitz’s office. 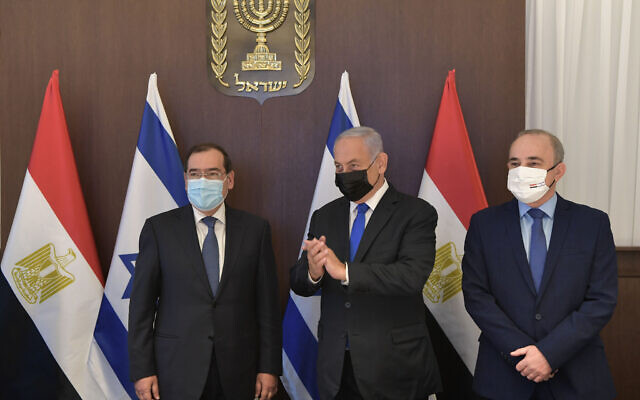 Israel began pumping gas from Leviathan in December 2019 and exporting to Egypt the following month.