Serial Israeli entrepreneur Saar Safra didn’t set off to get into the bee-saving business when he moved back to his native country after 15 years in Seattle. He’s a software guy who, in the past two decades, has led or founded five software-based companies, three of which have been acquired.

After closing down his last venture in Seattle in 2017, Safra relocated his family back to Israel and began looking for his next opportunity in the local tech ecosystem.

He had four criteria. “It had to be B2B [business to business], based on a SaaS [software-as-a-service] model, and it had to be a billion-dollar business. I also wanted to be involved in something that would do well by doing good,” Safra told The Times of Israel in a recent interview.

In one of his dozens of meetings with local entrepreneurs and business people, he came across Eliyah Radzyner, a beekeeper by trade and apiary operations adviser who had previously co-founded an agriculture tech startup developing robotic systems for greenhouse farming.

Radzyner was looking to introduce more technology into modern beekeeping, a profession that largely builds on practices from over 150 years ago. The two hit it off and Safra said he thought he would help Radzyner get off the ground with a business plan and a way to assess metrics “just for a few months” using his rich background in business development.

But half a year later, Safra, said he “realized this was it” and in 2018, together with three other co-founders, they established Beewise, a startup based in Beit Ha’emek that has since developed what it calls the first automated and autonomous beehive dubbed the Beehome.

The Beehome is an automated, autonomous beehive developed by Israeli startup Beewise that monitors and cares for bees 24/7. (Courtesy)

The Beehome is a solar-powered, converted container that brings together robotics, artificial intelligence, imaging, a software platform, and a mobile application to monitor and care for honeybees around the clock. The device can house up to 24 bee colonies and automatically controls for climate and humidity conditions, detects and eliminates pests and parasites, identifies when a colony is preparing to swarm, sends alerts when human intervention is needed, and even harvests the honey the bees produce.

“The Beehome works with 24 colonies, 12 on each side. And in the center, there’s a robotic system that moves and monitors [the colonies] 24/7 using computer vision, machine learning and neural networks. It dispenses food, water, medicine if there is a disease or pest, it knows if it’s too hot or cold — the robot can treat all of this,” Safra said.

Controlling and monitoring all these conditions in real-time ensures that yields improve, pollination occurs more efficiently, and honeybee populations are protected, he explained.

Bee populations certainly need protecting. Due to what Safra calls a “perfect storm” of climate change, habitat loss, excessive use of agricultural chemicals, parasitic mites, and various pathogens, bee populations have been declining for decades and the world “is losing about 40 percent of colonies every year.” 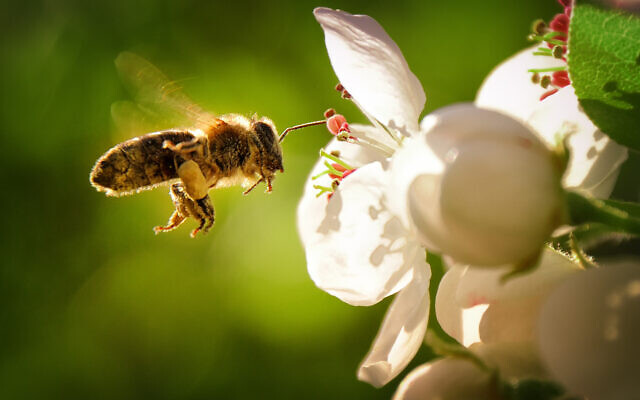 Honeybees are among the most important pollinators in our ecosystem. (Susanne Schulz on iStock by Getty Images)

In the US, beekeepers lost an estimated 45% of their managed honeybee colonies between April 2020 and April 2021, marking the second-highest annual loss on record according to the most recent loss and management report issued by the Bee Informed Partnership.

It’s an astonishing figure given that “nearly 90% of the world’s wild flowering plant species depend, entirely, or at least in part, on animal pollination, along with more than 75% of the world’s food crops and 35% of global agricultural land,” according to the United Nations.

In addition, “pollinators contribute to crops that provide biofuels (e.g., canola and palm oils), fibers (e.g., cotton), medicines, forage for livestock, and construction materials. Some species also provide materials such as beeswax for candles and musical instruments, and arts and crafts,” according to the World Bee Project, a UK-based initiative advancing the integration of various technologies to help save the bees.

Indeed, technology is a much-needed solution to protect bee populations and help them thrive – at the risk of losing important processes that bees facilitate, Safra said. 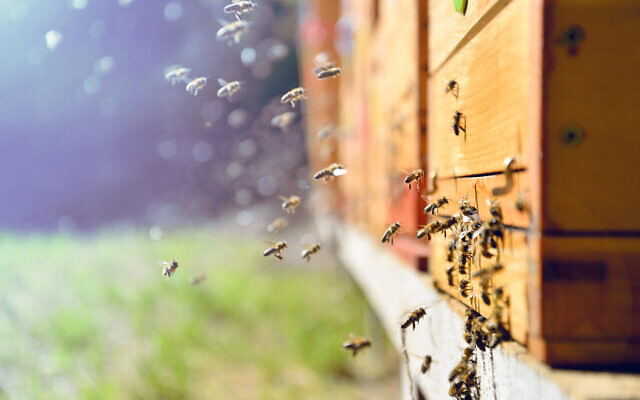 An illustrative photo of flying bees around a wooden beehive. (Sushaaa on iStock by Getty Images)

“Treating and caring for living biological beings in real time helps keep them strong and healthy. A robot can do this all day long; it doesn’t get tired. Humans can’t treat bees in real-time. If there’s a problem, you don’t know about it until you get to the hives. They [beekeepers] need to drive into the field — if they have 1,000 boxes scattered around, they need to look into them to see what’s happening, and often it’s too late as the colony has collapsed,” he said.

With the Beehome, apiarists can take immediate action if there’s an issue, which means “more bees stay alive, there’s more honey and more pollination.” According to initial internal findings, colony collapse with the Beehome is reduced to about 10 percent, Safra told the Times of Israel.

The bee tech and the vision

Beewise is on a real mission to “save the bees,” said Safra, whose company title is chief bee officer. “The world we are saving is the real world, and it is worth saving. I truly believe with all my being that we are going to do it.”

The company currently employs about 70 people who are passionate about the cause, according to Safra, and the startup is growing fast. It’s already raised close to $40 million since it was founded in early 2018, from both Israeli and foreign investors. 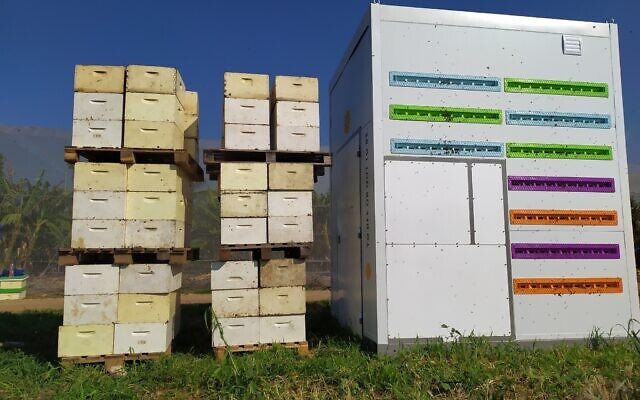 With a number of “happy and excited customers,” Beewise is now setting its sights on the North American market, targeting commercial beekeepers and growers in Canada, the US, and Mexico.

“Growers want visibility into the pollination services they’re getting. Beekeepers want to reduce costs and increase yield,” Safra said, indicating that Beewise contributes to both. At the same time, the company is “not a general supplier of solutions for the beekeeping industry; our sole focus is on saving the bees.”

Beewise’s tech has created such a buzz — it was featured in TIME magazine’s list of “best inventions” in 2020 — that currently “there is more demand than we can supply,” Safra said. The company has deployed about 100 Beehomes to date and expects to deliver hundreds more over the next few months, with the goal of selling tens of thousands in the coming years. 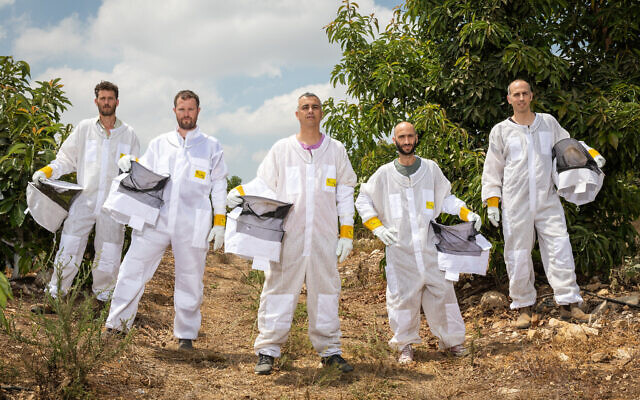 “Innovations don’t need 100 years to catch on. If we get a million devices in the field, we can make a real impact,” he urged.

The biggest hurdle has been logistics. Beewise currently converts the containers and outfits them with the software and robotic systems in Israel, after which they are dispatched to clients.

“We call our solution ‘software wrapped in tin,’ but there is physical distribution of hardware and it has to be delivered on trucks. This increases costs,” Safra explained. He would not divulge the price of a Beehome but said it was “not cost-prohibitive.”

In-market manufacturing would make the solution much more cost-efficient, not to mention faster, and that is where Safra said he is focusing his energies.

The Beehome is not meant to supplant human involvement, Safra emphasizes. “We’re mimicking what beekeepers do and separating the expertise from the physical labor. The beekeepers’ expertise is important. They make the decisions — the robot system in the field carries out the repetitive manual labor.”

Beewise also works closely with apiarists to offer new features and abilities. Having already rolled out a heating-based solution to control for varroa, parasitic mites that often lead to bee colony collapse by feeding on the fat reserves of adults and larvae, the startup is now developing a way to intercept killer hornets. These invasive species, also known as murder hornets and Asian giant hornets, are particularly harmful to honeybees — just a few of them can destroy whole colonies in mere hours.

The feedback, Safra said, has been overwhelmingly positive. “We hear from beekeepers all the time who say they are “never going back to the 150-year-old box.”