“The defense establishment appointed a review committee made up of a number of bodies,” lawmaker Ram Ben-Barak told Army Radio.

“When they finish their review, we’ll demand to see the results and assess whether we need to make corrections,” the former deputy head of Israel’s Mossad spy agency added.

Ben-Barak said Israel’s priority was “to review this whole matter of giving licenses.”

Pegasus had “exposed many terror cells,” he said, but “if it was misused or sold to irresponsible bodies, this is something we need to check.”

In a statement on Monday, the Defense Ministry said if it finds that the NSO Group violated the terms of its export licenses, it will “take appropriate action.”

The ministry said that Israel only permits companies to export cybersecurity products to “government figures only for legal purposes and to prevent and investigate crimes and to combat terrorism. And this is dependent upon commitments regarding the end use/user from the purchasing country, which must abide by these conditions.”

Pegasus has been implicated in possible mass surveillance of journalists, human rights defenders and 14 heads of state, whose phone numbers were among some 50,000 potential surveillance targets on a list leaked to rights group Amnesty International and Paris-based Forbidden Stories.

NSO has said the leak is “not a list of targets or potential targets of Pegasus.”

NSO chief executive Shalev Hulio told Army Radio Thursday that he would “be very pleased if there were an investigation, so that we’d be able to clear our name.” He also alleged there was an effort “to smear the whole Israeli cyber industry.” 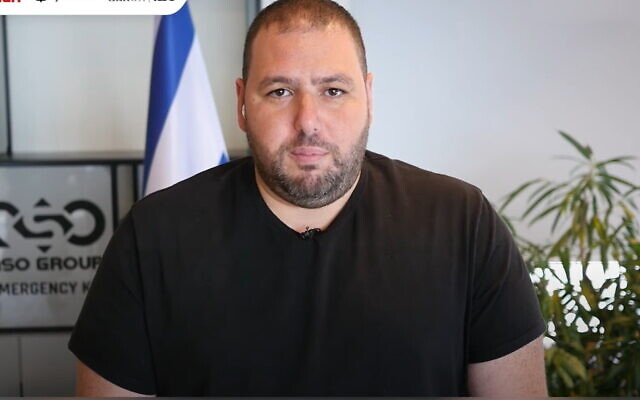 NSO has said it exports to 45 countries, with approval from the Israeli government.

Hulio said the company could not disclose the details of its contracts due to “issues of confidentiality,” but said he would offer full transparency to any government seeking more details.

“Let any state entity come along — any official from any state — and I’ll be prepared to open everything up to them, for them to enter, to dig around from top to bottom,” he said.

Pegasus can hack into mobile phones without a user knowing, enabling clients to read every message, track a user’s location and tap into the phone’s camera and microphone. 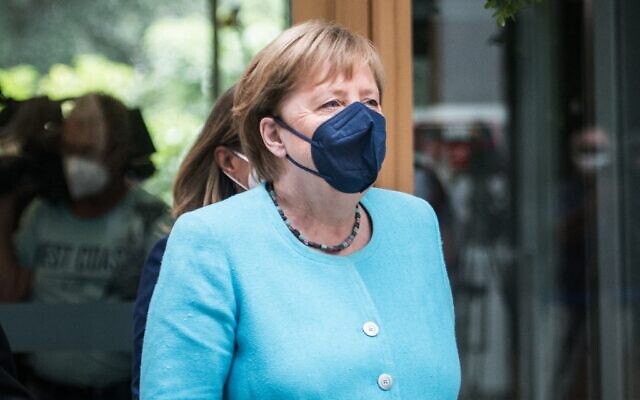 German Chancellor Angela Merkel wears a face mask as she arrives at the house of the Federal Press Conference on July 22, 2021 in Berlin (STEFANIE LOOS / AFP)

Asked about the reports of widespread use of the Pegasus software, Merkel said it was important that “software configured in this way should not land in the wrong hands.”

Paris-based Reporters Without Borders on Wednesday called for a moratorium on cyber-surveillance software.