A new study conducted in Israel has found that COVID-19 antibody levels change according to age and biological sex, with men and women developing different levels of the virus-busting proteins at different stages of their lives, Tel Aviv University said in a statement Tuesday.

The joint TAU and Shamir Medical Center research was published last week in the online journal Medrxiv and has not yet been peer-reviewed.

Between November 8, 2020 and March 5, 2021, researchers analyzed 26,170 blood samples collected from those infected with COVID-19, those who were vaccinated against the coronavirus, and unvaccinated people suspected of contracting COVID-19 but who were asymptomatic.

“Disparities in antibody levels between the various groups are reflective of numerous underexplored phenomena with potential clinical implications, such as the discordance between symptomatic and asymptomatic COVID19 in relation to age and sex,” the researchers concluded in the study.

Though more research is needed, the findings could point to the need for different methods to encourage antibody development in men and women, TAU researcher Noam Shomron, one of the authors of the study, told The Times of Israel.

Shomron was wary of drawing any preemptive assumptions from the results. As scientists, “we don’t like jumping to conclusions especially with COVID-19,” he said.

But “one conclusion is that the vaccine is certainly wonderful,” said Shomron, who is head of the Computational Genomics Laboratory at the Sackler Faculty of Medicine at Tel Aviv University. For the research, he partnered with Dr. Adina Bar Chaim from the Shamir Medical Center.

Another key finding of the study was that the immune response of those who were vaccinated was much stronger than those who have recovered from COVID-19.

“In fact, the level of antibodies found in the blood of vaccinated persons was four times higher than that found in convalescents,” the TAU statement said.

Comparisons were made between men and women of similar ages who had become infected or were vaccinated at around the same time.

Shomron told The Times of Israel that samples were taken from vaccinated people between two and four weeks after they were given their second dose of the vaccine.

Samples from those infected with COVID-19 were taken from patients as they were being treated in hospitals while they were still symptomatic, he said.

Among women, antibody levels were seen to rise from the age of 51 when compared to levels in men of a similar age.

“This phenomenon may be related to changes in levels of the estrogen hormone, observed around this age, which affects the immune system,” the statement said.

In men, rising antibody levels were seen earlier, starting at around the age of 35.

“This may be related to changes in levels of the male sex hormone testosterone, and the effect on the immune system,” the statement said.

Similar differences in the presence of antibodies in men and women of different ages were also seen during the SARS and MERs outbreaks in 2003 and 2012 respectively, Shomron said. 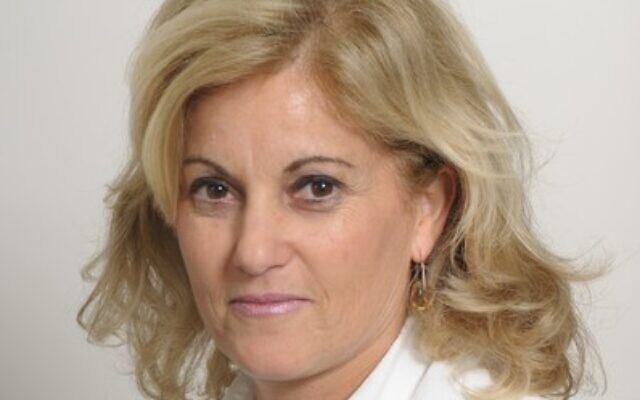 Estrogen has an immunomodulatory effect which serves as a protective factor against the coronavirus. The rising antibody levels found in women after the age of 51 may be as a result of a menopausal drop in estrogen, researchers wrote.

However, the study noted that the effect of testosterone on COVIC-19 pathology is “is less consistent and the association is not as robust.”

Overall, the researchers noticed that young adults sustained higher concentrations of antibodies for a longer period when compared to older vaccinated people. There was a difference of “tens of percent” found in the decrease of antibody levels between younger and “very old” age groups.

“In young adults, a high concentration of antibodies is usually the result of a strong immune response, while in older people it typically indicates overreaction of the immune system associated with severe illness,” it said.

Data for the study was collected by Dr. Ramzia Abu Hamad from the Shamir Medical Center, and analysis was conducted by Guy Shapira, a Ph.D. student at Shomron’s laboratory.