Israeli scientists are harnessing the “destructive” qualities of allergy-causing cells, as part of a bold attempt to pioneer a new immunotherapy for fighting cancer.

A research team from Tel Aviv University has found that eosinophils, white blood cells that induce allergies, significantly reduce the growth of human tumors in vitro, and mouse tumors in the body.

Nine days after mice were injected with eosinophils, the overall size of tumors per mouse averaged half that of mice who weren’t injected.

Some past studies have suggested that eosinophils may combat cancer, but Prof. Ariel Munitz says that his research gives the clearest picture of their potential, and that his team is the first to start developing an eosinophil-based immunotherapy.

The development is just getting underway and is likely to take years, but is exciting as it could offer a “double bullet” treatment against cancer, said Munitz.

This is because his research concluded that eosinophils fight tumors themselves, and also cause increased numbers of cancer-fighting T cells to gather around tumors. “The combined force of these two effects could be very promising in fighting cancer,” he told The Times of Israel.

Munitz said that his team started the research, just published in the peer-reviewed Cancer Research, a journal of the American Association for Cancer Research, because eosinophils are so powerful in causing allergies.

“They are so destructive that there are three drugs that fight asthma just by targeting these blood cells,” he said. “So our thought was that if these cells can wreak so much damage, let’s explore what they can do in places that we actually want damage, namely in the case of cancer.”

They observed, as scientists have in the past, that eosinophils appear to naturally accumulate around some tumors in the human body, and seem to slow tumor growth.

They wanted to see up close how the process worked, so they conducted lab experiments. “Working in the lab, we put them on tumor cells, and saw that they actually kill tumor cells,” Munitz said.

The team also injected tumor cells through the tails of mice, and then injected eosinophils in to some of them. “In the mice that received eosinophil, tumors reduced to 50% of the size of those in the other mice, nine days after injection,” said Munitz. “It was very impressive.

“What is more, there was a doubling of T cells, and the T cells were seen to be penetrating the tumors well,” he added. 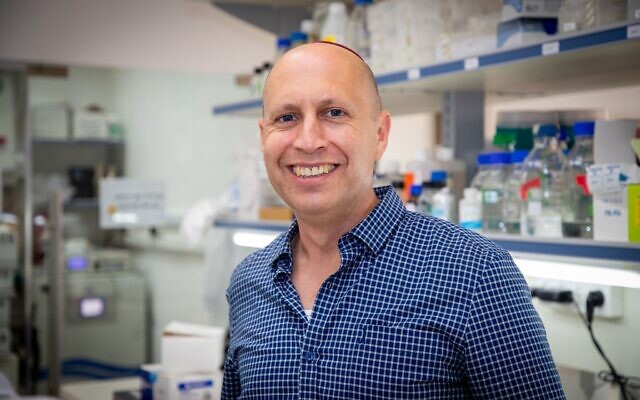 Munitz said his team has started work on developing treatments that boost eosinophils.

”Increasing the number and power of T cells is one of the main targets of immunotherapy treatments administered to cancer patients today,” he said. “In our study we discovered a new interaction that summons large quantities of T cells to cancer tissues, and our findings may have therapeutic implications.

“Ultimately, our study may serve as a basis for the development of improved immunotherapeutic medications that employ eosinophils to fight cancer in two ways: on the one hand, the eosinophils will attack the cancer directly by releasing their own destructive proteins, while on the other, they will increase the number of T cells in the cancer’s environment.

“We believe that the combined effect can significantly enhance the effectiveness of the treatment.”