Large numbers of Israelis packed shopping malls, gyms and swimming pools on Sunday after the country began to roll back some of the major restrictions imposed as part of its third lockdown in late December to curb the spread of COVID-19.

Television reports showed throngs hit shopping centers to make use of their first opportunity to browse through stores for several weeks.

Though shoppers largely adhered to health guidelines, in some cases people were seen to crowd and fail to maintain social distancing.

From Sunday, streetfront shops, malls, markets, museums, and libraries are open to all Israelis.

Those who have been vaccinated or have recovered from COVID-19 were able to enter gyms, sporting and culture events, hotels, and swimming pools, although the “Green Pass” computer system repeatedly crashed, leading the Health Ministry to announce vaccination certificates could be used as proof until it was running properly.

The reopenings came amid a continued decline in morbidity, particularly among high-risk groups, which is largely being credited to Israel’s rapid vaccination campaign.

Over 4.3 million Israelis have received their first vaccine dose, and over 2.9 million have gotten both shots, among the country’s population of about 9 million, the Health Ministry said Sunday. Around 3 million Israelis are not currently eligible to be vaccinated, including those younger than 16 and people who have recovered from COVID-19, among others.

The Health Ministry said Saturday that coronavirus vaccines were “dramatically” effective and the latest data shows the shots were 98.9% effective at preventing death caused by COVID-19.

However, speaking to Army Radio Sunday morning, coronavirus czar Nachman Ash said that the impact of the vaccine must not be taken as license to throw caution to the wind. 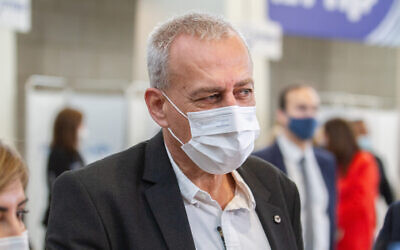 “I am happy to see the data, but it should be treated carefully so that the public does not make a mistake and think that it is possible to behave however you want,” he said.

The Military Intelligence taskforce said Sunday that Israel’s R-value, the reproduction number of the virus that measures transmission, or the number of new cases stemming from each coronavirus infection, had dropped from 0.85 last week to 0.79.

Health officials have stated that an R-number below 0.8 was necessary for a loosening of restrictions.

The announcement came as the Health Ministry said another 1,240 people were diagnosed with the virus on Saturday. There tend to be fewer new cases after the weekend due to reduced testing levels.

The ministry said 857 people were in serious condition, including 273 on ventilators, and the death toll stood at 5,569.

In addition to the opening of commerce, grades 5-6, and 11-12 were permitted to resume in-person classes in low-infection cities or medium-infected ones with high rates of vaccination. Kindergartens and grades 1-4 have previously opened in cities designated as low-infection “green” and “yellow” in the government’s color-coding system for morbidity rates.

Grades 7-10 around the country are expected to continue remote learning for at least another two weeks and the director-general of the health ministry, Chezy Levy, told the Kan public broadcaster Sunday morning that all students would return to school on March 7.

“We wanted to open things up carefully, not to put all the students together in the school and cause infection and morbidity,” he said. 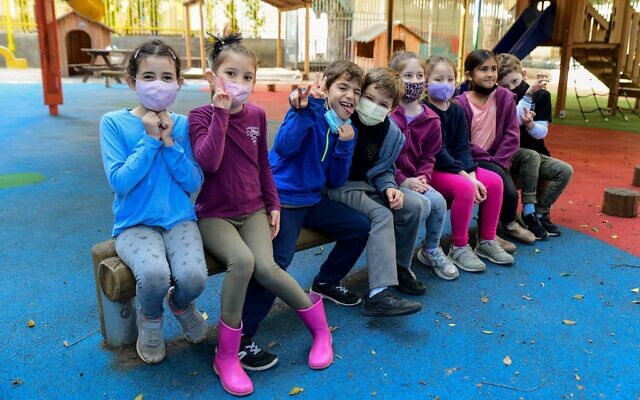 Infection rates among children and school reopenings are a central concern during Israel’s third-wave virus outbreak. Children represent a larger proportion of infections than earlier in the pandemic, possibly due to the new virus variants and the fact that a significant share of adults have been vaccinated.

Levy said that Israel planned to also vaccinate children once the vaccine was authorized for them, but did not give a timeline.