Israeli researchers are recommending that health authorities around the world take a shortcut to COVID-19 herd immunity: a single-dose vaccine protocol for all under-30s.

Their analysis has convinced them that this age group achieves a very high level of immunity with just one shot. Therefore, the researchers say, doctors would be making the most of often limited vaccine supplies if they gave each young person a single dose.

In addition, countries will achieve coverage far more quickly if a single dose is administered to under-30s, says the research group from Ben Gurion University.

“I’m recommending one dose for young people,” epidemiologist Prof. Nadav Davidovitch told The Times of Israel. He said that according to his research, the response among young people to the first dose is so strong that the second shot can be skipped with minimal impact.

The effectiveness of two doses on adults is well above 90% according to most studies. Among under-30s, around 80% of the protection has been shown to be in place after the first dose, Davidovitch’s team has calculated.

A high school student receives a COVID-19 vaccine injection, at a vaccination center in Tel Aviv, on January 23, 2021. (Avshalom Sassoni/Flash90)

“Rise of antibodies after one dose in young people is very close to the impact of two doses — and even higher than the full two doses for older people,” he said.

The main impetus for his research, which analyzed Israeli and British data on vaccine responses, was the scarcity of shots in many countries.

While Israel and some other Western countries have high vaccination levels, in many parts of the world, including Africa, there are shortages of shots, and doctors are struggling to administer the vaccines that are available. In India, where COVID rates have skyrocketed, the government is promising to vaccinate all adults by the end of 2021, but the biggest vaccine maker is struggling to meet demand. 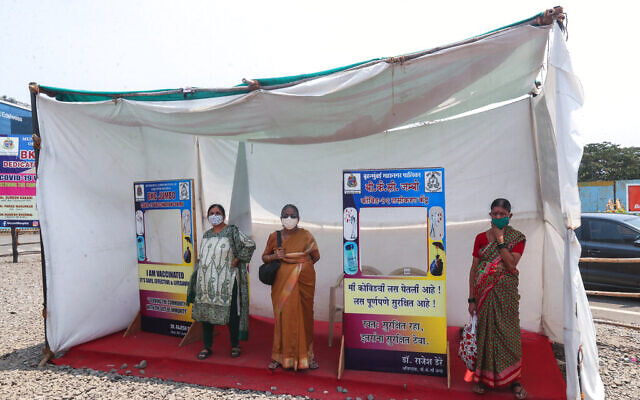 Women stand waiting for information at a vaccination center as shortage of COVID-19 vaccine continues in Mumbai, India, Tuesday, May 4, 2021. COVID-19 infections and deaths are mounting with alarming speed in India with no end in sight to the crisis. (AP Photo/Rafiq Maqbool)

Davidovitch and his PhD student Oren Miron conduced a meta-analysis of peer-reviewed studies pinpointing when exactly vaccine protection kicks in.

“There is much published data which shows that for under 30s the difference in protection between the first dose and both doses is not so dramatic as it is for older people,” Davidovitch said.

The research proposing a one-dose protocol is complete but not yet peer-reviewed.

Davidovitch commented: “It’s important research as there are lots of places internationally where there is a shortage of vaccines and if you don’t have enough vaccines, you can make then go further by prioritizing them better.”

While the research was initiated to address vaccine shortages, it is also relevant in Israel, where some officials support a one-dose protocol because it minimizes side effects. Most adult Israelis have already received both doses, however.

The Health Ministry believes there is a link between vaccines and a heart condition called myocarditis, but cases are thought to have occurred almost exclusively after young people received their second vaccine dose. Davidovitch said that his research figures among Israel’s health officials who are considering a one-dose protocol in view of the myocarditis concern.

While plenty of data exists on protection patterns among 16- to 30-year-olds, the vaccination of younger teenagers is new and there is limited data. But Miron conducted a reanalysis of data from the children’s trial that Pfizer conducted for its vaccine and made a surprising discovery. 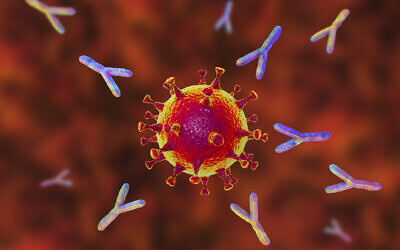 “I reanalyzed the data, and saw that at younger ages the first dose is very, very effective,” he said. Miron noticed that all infections among the trial sample took place within the first ten days of the initial shot — meaning before any vaccine protection is considered to have kicked in.

But during the subsequent 11 days — when the first shot kicked in but the second shot hadn’t yet been administered — no infections were recorded.

Miron said this suggests that the first shot was highly effective among young teens — or more specifically, that the 100 percent efficacy rate that Pfizer announced can all be attributed to the first shot.

“We saw that the last COVID-19 case occurred within the first 10 days after the initial dose, and from day 11 until day 21 there were no new COVID cases, which suggest there may be very good effectiveness of just one dose,” he said.

“This suggests the first dose is very effective at younger ages, and supports the idea of using one dose for younger people.”