Israel’s medal-winning judokas returned home from Tokyo on Monday, landing at Ben Gurion Airport and proudly displaying their bronze awards as they walked into the arrivals area where they were given a hero’s welcome.

Eleven medals were awarded to the team, including to judokas who did not compete but were registered as team members on the day of the contest. Team member Gili Cohen missed out on a medal because she was not registered to compete on the final day of the event.

“I haven’t taken the medal off since I won it,” Paltchick said. “I wrapped myself in the flag and it was my blanket the night after I won.”

“I am so happy to see everyone, happy we as a team could bring this pride [to the nation],” he said.

“It is amazing what is happening here,” Sasson said of the fans’ welcome.

“It is hard to take in all the love, the support and encouragement. It’s just crazy,” Hershko told the Ynet website. “It is indescribable, supreme happiness, something that we worked on for such a long time and we succeeded in achieving as one team.”

“We knew we would come back to Israel with a medal,” said team trainer Oren Smadja. “We are happy. With heart and soul we managed to win in the end.”

The Israeli judo delegation, though it had expectations of greater success, did not win any other medals at the Olympics.

“When you come back with a medal around your neck it is a great success anyway,” said Smadja, who won a bronze medal in judo at the 1992 Summer Olympics. 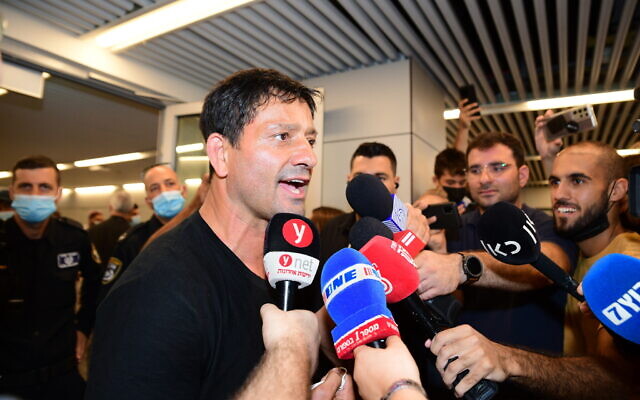 “This is a huge failure. Conclusions must be drawn as to how this collapse happened at the Olympics,” an unnamed delegation official was quoted as saying by the Ynet news site on Thursday.

“There is something systematic here, it isn’t a one-time failure, and all the judokas lost to inferior rivals,” the official said. 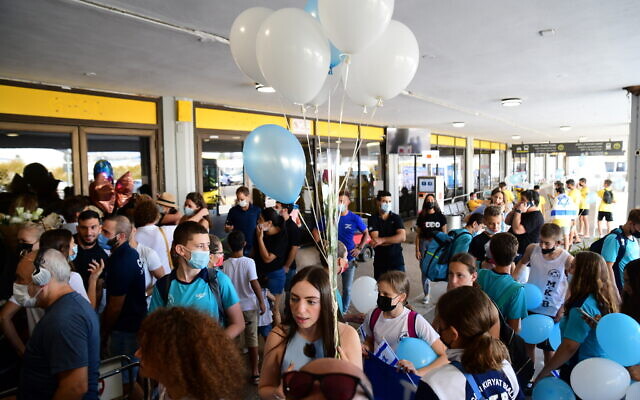 So far, Israel has won three medals at the games, including a gold by gymnast Artem Dolgopyat on Monday for his floor routine. It was only the second time ever that Israel has won a Olympic gold medal.

Israel’s last hope for a medal is in baseball, where the team will play a knockout match on Tuesday.