Fewer than 43,000 Israelis received their first coronavirus shot in the last week — less than the number of people who received it in a single day at the start of March.

Daily first dose administration peaked at 83,280 in mid-February, and was still high on March 1, at 45,521. But now that figure — key for judging the extent to which the unvaccinated population is committing to inoculations — has fallen significantly. Over the last seven days the average has been 6,096, down from 10,532 in the preceding week and 14,476 the week before that.

Many vaccination centers have closed, and at those that remain open, doctors and nurses say there is noticeable quiet. “With so many Israelis vaccinated, it’s hard to bring people in,” said Dr. Ian Miskin, head of coronavirus care and vaccination for the Clalit healthcare provider in Jerusalem.

While early in the inoculation drive there were long lines of people trying to get standby appointments at vaccination centers, now healthcare providers are trying to convince people to take shots.

A medical worker prepares COVID-19 vaccine at a at Clalit vaccination center in Jerusalem, on March 8, 2021. (Yonatan Sindel/Flash90)

“We’re being pro-active, calling people, asking them to come for vaccination, and reassuring them,” said Mali Kusha, chief nursing officer at Meuhedet Health Services, adding that the slowdown is par for the course after such a strong start for the vaccination drive. “We’re still in a very good place,” she stressed. 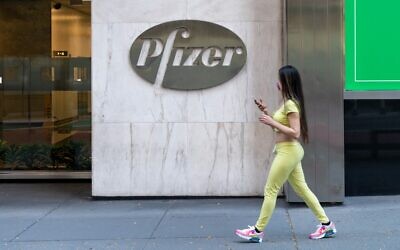 On Wednesday, Pfizer announced that a trial for 12- to 15-year-olds has shown the vaccine to be 100 percent effective for that age group. Israel is ready to vaccinate adolescents as soon as the FDA approves it. That could mean vaccination centers will soon be buzzing with teenagers, which would allow Israel to increase significantly from the 56% of the population that has currently received at least one shot. Around one in three Israelis is under 16.

When under-16s, who are not yet eligible for vaccines, are taken out of the equation, there are high vaccination levels across almost all of the target groups.

Kusha said this means that each of Israel’s four healthcare providers is left trying to sway a relatively small number of members, but it’s hard work to mobilize them. “We only have another 130,000 people in our organization who are still eligible for vaccines, which is really nothing, and that’s why it’s important we are going after them by phone,” she stated. 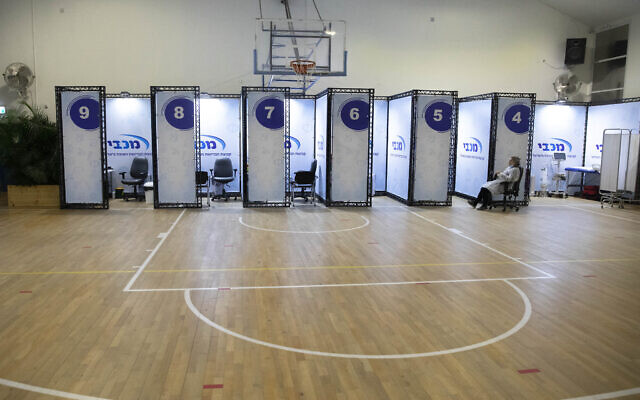 An Israeli medic waits during an event to encourage the vaccination of young Israelis at a vaccination center in Holon, Feb. 15, 2021. (AP Photo/Sebastian Scheiner)

Clinics believe that the slowdown during March was exaggerated by the lead-up to Passover, which led to many Jewish Israelis who are prepared to vaccinate delaying doing so. “Our centers in Jerusalem saw a very sharp reduction ahead of Passover,” Miskin reported.

People were concerned — unnecessarily, he stressed — about feeling side effects during the holiday. Kusha said her staff heard the same cause for reticence in calls to patients, and said rates were also impacted by the fact people were busy preparing for the holiday. “During holiday times Jewish people just don’t want to get vaccinatated,” she said. 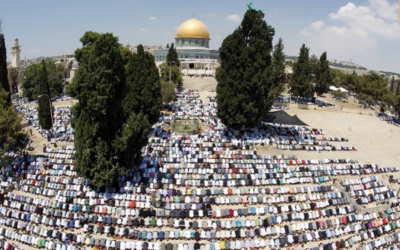 For Arab citizens, however, the approach of a holiday — Ramadan, which starts on April 13 — is having the opposite effect. Arabs, who have been slower than the rest of the nation to get immunized, are heading to vaccination centers in larger numbers.

“We’re now doing very well with Arab society because they realize they want to get vaccinates before Ramadan,” Miskin said, explaining that people want to get immunized to attend prayers and because some families are limiting post-fast meals to the vaccinated.

Vaccination among the Jewish population is expected to pick up after Passover. Kusha predicted that Israel will succeed in inoculating around half of the currently unvaccinated adults, swaying them with advertising campaigns. Miskin said that there will be a new natural convincer over the coming weeks: the lure of the green pass and the promise of summer vacation plans.

“We’ll see people coming to get vaccinated because they want to go to hotels and fly abroad,” he said.