The discovery that Kylie Moore-Gilbert had an Israeli husband led to Iranian authorities stopping her at Tehran’s airport as she prepared to leave the country in 2018 after attending an academic conference. Authorities sentenced her to 10 years in prison for espionage.

In a letter from Moore-Gilbert to the Australian prime minister, smuggled out of Evin prison in Iran in late 2019, the imprisoned academic revealed how Iran’s Islamic Revolution Guard Corps then attempted to set a trap for her Russian-Israeli husband Ruslan Hodorov, the Australian Herald Sun reported.

“The Revolutionary Guard have imprisoned me in these terrible conditions for over nine months in order to extort me both personally and my government,” Moore-Gilbert wrote to Prime Minister Scott Morrison.

“They have also attempted to use me as a hostage in a diabolical plot to lure my husband, an Australian permanent resident into joining me in an Iranian prison,” she wrote.

Moore-Gilbert was released in December 2020 after 804 days behind bars on spying charges, reportedly in exchange for the release of three Iranians who were held in Thailand.

Fairfax Media reported that the Australian government played a crucial behind-the-scenes role in bringing Thailand to the table and engineering the prisoner swap. 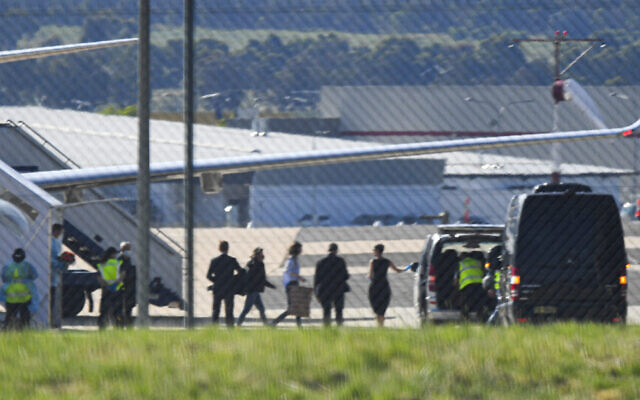 In Bangkok, Thai officials said they transferred three Iranians involved in a botched 2012 bomb plot back to Tehran. While they declined to call it a swap and Iran referred to the men as “economic activists,” the arrangement freed Moore-Gilbert and saw the three men, who were linked to a wider bomb plot targeting Israeli diplomats, return to Iran to a hero’s welcome.

Moore-Gilbert married Hodorov in 2017, though, since her return to Australia, she is seeking divorce over his alleged affair with a close colleague of hers, the Herald Sun reported. Women movers and shakers get moved, shook in artist’s HIPSTORY Edelstein: We’ll live with COVID for many years, but the worst is behind us