By Brendan Carlin and Sam Merriman For The Mail On Sunday

Allies of Jeremy Corbyn were last night accused of preparing for a Labour leadership contest amid warnings that Sir Keir Starmer will be ‘finished’ if the party loses a crucial by-election this summer.

Ian Lavery, the party chairman when Mr Corbyn was leader, faced claims of plotting to boost the hard Left’s grip on Labour’s grassroots membership, who will play a vital role in picking a new leader.

In an email seen by The Mail on Sunday, Mr Lavery told fellow members of the giant Unite union – whose leaders has been fiercely critical of Sir Keir – that they could change the direction of the Labour Party if they became more active.

Mr Lavery, a former miner, urged them to take positions on Labour constituency parties, saying that it would mean doubling the power of Unite members in the party.

The move came just weeks after former Corbyn aide Karie Murphy, a close ally of Mr Lavery, revealed that a ‘new Left’ was mobilising and raised the prospect that it would take back control of Labour.

It also comes ahead of a parliamentary by-election on July 1 in the Labour-held seat of Batley and Spen in West Yorkshire, with predictions that Sir Keir will be a ‘dead man walking’ if his party fails to hold the seat after losing its former stronghold of Hartlepool to the Tories earlier this month. 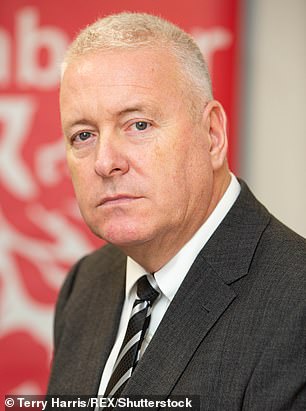 Ian Lavery (above), the party chairman when Mr Corbyn was leader, faced claims of plotting to boost the hard Left’s grip on Labour’s grassroots membership, who will play a vital role in picking a new leader

Last night, allies of Sir Keir accused Mr Lavery of being part of a plot to prepare the ground to install a ‘Corbyn Mark 2’ leader later this year.

They also hit out at Unite – whose general secretary, Len McCluskey, has warned that Sir Keir could be consigned ‘to the dustbin of history’ – for allegedly wasting £2 million of its members’ money in a failed libel battle with ex-Labour MP Anna Turley.

One senior Labour MP said the union could have settled for an apology to Ms Turley and less than £5,000 of her legal costs, but instead presided over a ‘shocking waste of its members’ money’.

Unite insisted last night the £2 million figure was ‘false’ and denied it had wasted members’ money.

A spokesman said it had been defending the union’s reputation and denied that the case could have been settled so cheaply.

However, Mr Lavery’s intervention last week fuelled concerns across the party over Sir Keir’s leadership after the Hartlepool defeat and ahead of the by-election at Batley, where the party has a slim 3,525 majority over the Tories.

The Mail on Sunday understands that even some on the Right of the party are resigned to having to replace Sir Keir but hesitate to trigger a leadership contest because they fear members will elect another Corbyn-style, hard-Left leader.

To boost its hopes of holding the seat, Labour’s candidate will be Kim Leadbeater, sister of former Batley MP Jo Cox, who was murdered in 2016 by a far- Right extremist.

However, in a major blow to the party’s prospects of holding Batley, maverick former Labour MP George Galloway confirmed last week that he would fight the seat for his Workers Party of Britain. 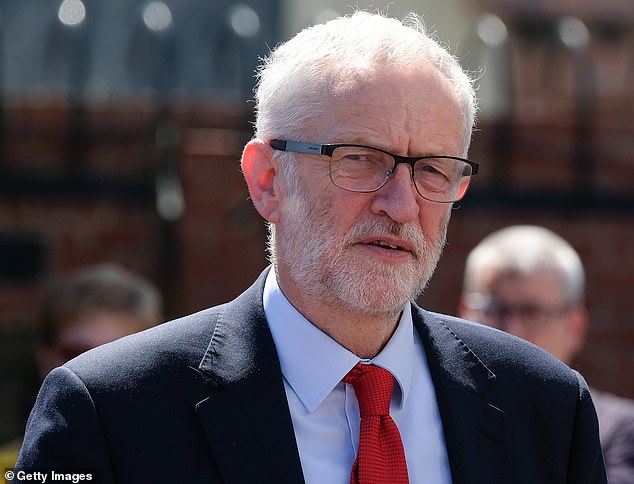 Last night, allies of Sir Keir accused Mr Lavery of being part of a plot to prepare the ground to install a ‘Corbyn Mark 2’ leader later this year

Mr Galloway sought to appeal to Labour voters disillusioned with their leader by saying that defeat would be ‘curtains for Keir’ and would make him ‘the only Opposition leader in history to lose two seats to the Government in the same year’.

But Mr Galloway’s main threat to Labour holding the seat is thought to come from the pro-Palestinian campaigner’s appeal to Batley voters of Pakistani and Kashmiri origin in the wake of the recent explosion of violence between Palestinians and Israel in the Middle East.

Last night, Mr Lavery insisted it was ‘utter nonsense’ to see his intervention as a ‘potential takeover’, saying that he was simply trying to ‘encourage discussion and debate’.

He also denied that he was still angry at Sir Keir for sacking him as party chairman last year, saying: ‘I wasn’t bitter then and I’m definitely not bitter now.’

But one senior Labour MP said: ‘It’s crystal-clear what’s going on here. It’s all part of what Karie Murphy was threatening, with Lavery gingering up the Unite activists to get control of local Labour parties and make sure they nominate a suitably Left-wing leadership candidate.’