Israel’s Olympic team missed out on a second medal at the Tokyo Games Thursday, as judoka Peter Paltchik lost a repechage round.

Paltchik, 29, was defeated by Japan’s Aaron Wolf earlier in the day in the men’s 100kg category before the Israeli judoka faced off against Canada’s Shady El Nahas for a chance at the bronze medal.

However, he was again defeated, ending his dreams of a Tokyo 2020 Olympics medal.

“I feel terrible, and especially sore, because most of the fight was in my hands. I strived for victory and in one moment it slipped through my fingers. I gave my heart and soul,” Paltchik said following the match.

Meanwhile, 21-year-old Israeli windsurfer Katy Spychakov took first place in two of three races on Thursday, but still ended up in overall 6th place, ahead of the final round set to take place Saturday.

Israel’s Katy Spychakov during a training session of the women’s wind surf class at the Enoshima Yacht Harbour at the 2020 Summer Olympics, July 22, 2021, in Fujisawa, Japan. (AP/Gregorio Borgia)

The results meant that Avishag Semberg’s taekwondo bronze in the women’s -49kg category on Saturday remains Israel’s only medal so far in the 2021 games.

On Tuesday, judoka Sagi Muki, who had been considered a top contender for a medal at the Tokyo Games, was knocked out in the round of 16 after a fight lasting more than eight minutes.

Monday also saw disappointment in judo after Timna Nelson-Levy and Tohar Butbul advanced to the quarterfinals, but were then knocked out of the tournament in the repechage. Butbul automatically won his first two rounds when an Algerian rival and a Sudanese rival both quit to avoid facing the Israeli.

The Israeli Olympic Committee said in a statement on Tuesday that it “embraces the athletes during [this] moment of disappointment.”

“There are still two more days of fighting for [judokas] Or Sasson and Raz Hershko… and we keep our fingers crossed for them,” the committee said in a statement. “Summaries and conclusions will only be drawn at the end of the games when we return to Israel.”

Eyes in Israel now turn to the baseball team, which will face off against South Korea on Thursday afternoon (Israel time) in the opening round.

Israel beat the South Korean team at the World Baseball Classic in 2017.

“We are on equal ground with most of the other teams,” player Shlomo Lipetz told the Times of Israel on Tuesday. 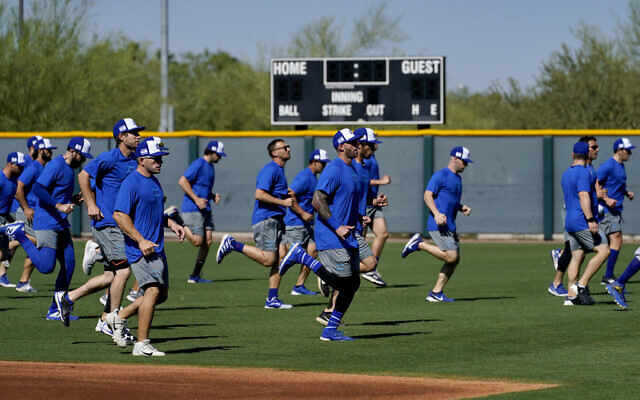 Later on Thursday, swimmers Gal Cohen Groumi and Tomer Frankel will participate in the men’s 100m butterfly heat, while Aviv Barzelay will take part in the women’s 200m backstroke, all attempting to make it through to the medal round.

Swimmer Yakov Toumarkin on Thursday said he plans to continue in the next Olympics, set for 2024, after placing 4th during Wednesday’s 200m backstroke, and 6th in Sunday’s 100m backstroke.

“I feel healthy, I’m not injured and I feel like I can do more. I wouldn’t like to end my Olympic career like this,” Toumarkin said.

A full schedule for Israel’s athletes at the Tokyo Olympics can be found here.