KABUL, Afghanistan — The death toll from Thursday’s attacks on Kabul airport rose to at least 85, including 72 Afghans and 13 US troops, officials said Friday, as evacuation flights from the country resumed.

Two suicide bombers and gunmen attacked crowds of Afghans flocking to the airport, transforming a scene of desperation into one of horror in the waning days of an airlift for those fleeing the Taliban takeover.

The US general overseeing the evacuation said the attacks would not stop the United States from evacuating Americans and others, and flights out were continuing. General Kenneth McKenzie, head of US Central Command, said there was a large amount of security at the airport, and alternate routes were being used to get evacuees in. About 5,000 people were awaiting flights on the airfield, McKenzie said.

The blasts came hours after Western officials warned of a major attack, urging people to leave the airport. But that advice went largely unheeded by Afghans desperate to escape the country in the last few days of an American-led evacuation before the US officially ends its 20-year presence on August 31.

The Islamic State group claimed responsibility for the killings on its Amaq news channel. The IS affiliate in Afghanistan is far more radical than the Taliban, who recently took control of the country in a lightning blitz. The Taliban were not believed to have been involved in the attacks and condemned the blasts, in which it said 28 of its fighters were killed.

In an emotional speech from the White House, US President Joe Biden said the latest bloodshed would not drive the US out of Afghanistan earlier than scheduled, and that he had instructed the US military to develop plans to strike IS.

US officials initially said 11 Marines and one Navy medic were among those who died. Another service member died hours later. Eighteen service members were wounded and officials warned the toll could grow.

Smoke rises from a deadly explosion outside the airport in Kabul, Afghanistan, August 26, 2021. (AP/Wali Sabawoon)

At least 72 Afghans were killed and 143 others were wounded in the bombings, a Taliban official and a health official said.

One of the bombers struck people standing knee-deep in a wastewater canal under the sweltering sun, throwing bodies into the fetid water. Those who moments earlier had hoped to get on flights out could be seen carrying the wounded to ambulances in a daze, their own clothes darkened with blood.

Pentagon spokesman John Kirby said one explosion was near an airport entrance and another was a short distance away by a hotel. McKenzie said clearly some failure at the airport allowed a suicide bomber to get so close to the gate.

He said the Taliban has been screening people outside the gates, though there was no indication that the Taliban deliberately allowed Thursday’s attacks to happen. He said the US has asked Taliban commanders to tighten security around the airport’s perimeter.

The second blast was at or near Baron Hotel, where many people, including Afghans, Britons and Americans, were told to gather in recent days before heading to the airport for evacuation. Additional explosions could be heard later, but Taliban spokesman Zabihullah Mujahid said some blasts were carried out by US forces to destroy their equipment. 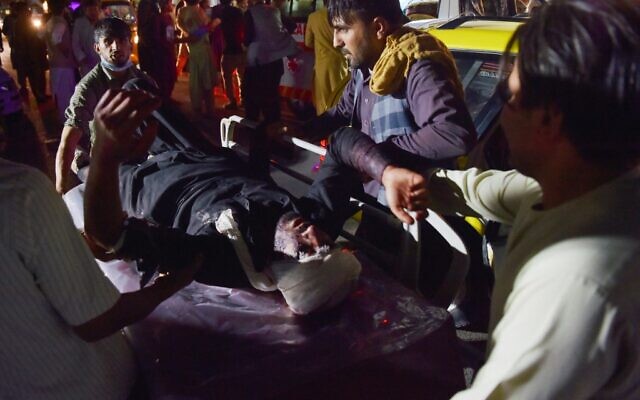 Medics and hospital staff bring an injured man on a stretcher for treatment after two blasts outside the airport in Kabul, Afghanistan on August 26, 2021. (Photo by Wakil KOHSAR / AFP)

Over the last week, the airport has been the scene of some of the most searing images of the chaotic end of America’s longest war and the Taliban’s takeover, as flight after flight took off carrying those who fear a return to the militants’ brutal rule. When the Taliban were last in power, they confined women largely to their home and widely imposed draconian restrictions.

Already, some countries have ended their evacuations and begun to withdraw their soldiers and diplomats, signaling the beginning of the end of one of history’s largest airlifts. The Taliban have insisted foreign troops must be out by America’s self-imposed deadline of August 31 — and the evacuations must end then, too.

Even so, the airlift continued Thursday, though the number of evacuees fell for a second day as the terror attack and further threats kept people away. From 3 a.m. to 3 p.m., Washington time, about 7,500 people were evacuated, a White House official said. Fourteen US military flights carried about 5,100, and 39 coalition flights carried 2,400.

The total compared to 19,000 in one 24-hour period toward the start of the week. 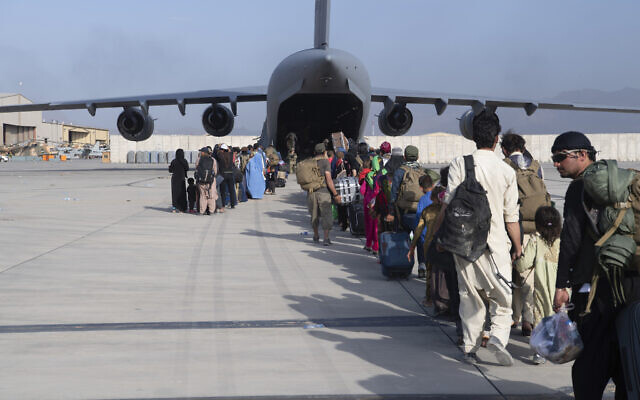 In Washington, Biden spent much of the morning in the secure White House Situation Room where he was briefed on the explosions and conferred with his national security team and commanders on the ground in Kabul.

After the attack, Taliban spokesman Mujahid appeared to shirk blame, noting the airport is controlled by US troops.

The Sunni extremists of IS, with links to the group’s more well-known affiliate in Syria and Iraq, have carried out a series of brutal attacks, mainly targeting Afghanistan’s Shiite Muslim minority, including a 2020 assault on a maternity hospital in Kabul in which they killed women and infants.

The Taliban have fought against Islamic State militants in Afghanistan, where the Taliban have wrested back control nearly 20 years after they were ousted in a US-led invasion. The Americans went in following the September 11, 2001, attacks, which al-Qaeda orchestrated while being sheltered by the group. 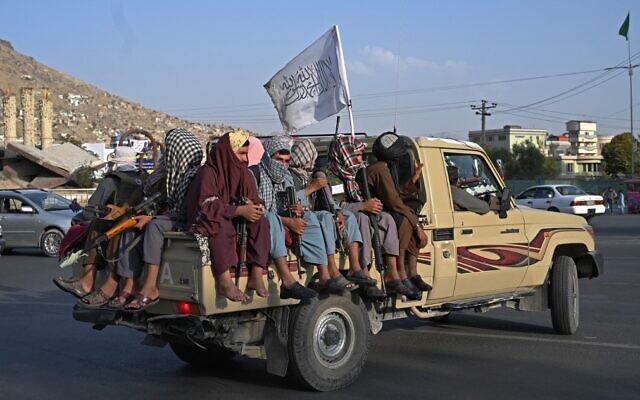 Amid the warnings and the pending American withdrawal, Canada ended its evacuations, and European nations halted or prepared to stop their own operations.

The Taliban have said they’ll allow Afghans to leave via commercial flights after the deadline next week, but it remains unclear which airlines would return to an airport controlled by the militants. Turkish presidential spokesman Ibrahim Kalin said talks were underway between his country and the Taliban about allowing Turkish civilian experts to help run the facility.