Foreign Minister Yair Lapid confirmed on Monday afternoon that he will travel to Morocco for an official visit, and that his Moroccan counterpart will visit Israel.

Speaking at a Yesh Atid faction meeting in the Knesset, Lapid said the “historic” trip will take place following the renewal of direct flights between Rabat and Tel Aviv later this month.

Lapid’s spokesman told the Times of Israel that the details of the trip have yet to be finalized.

Lapid’s visit will be the first for an Israeli foreign minister.

After a 20-year lull in diplomatic relations, Israel and Morocco renewed their ties late last year, amid a wave of normalization agreements between Jerusalem and Arab countries.

In late June, Lapid made a historic trip to the UAE to open the Israeli embassy in Abu Dhabi and the consulate in Dubai.

Foreign Ministry Director-General Alon Ushpiz was in the North African kingdom two weeks ago and delivered Lapid’s written invitation during his meeting with Bourita.

Lapid stressed in his letter that restoring ties between Israel and Morocco was a historical milestone. Israel’s top diplomat also expressed his desire to make progress in bilateral cooperation in the fields of trade, technology, culture and tourism. 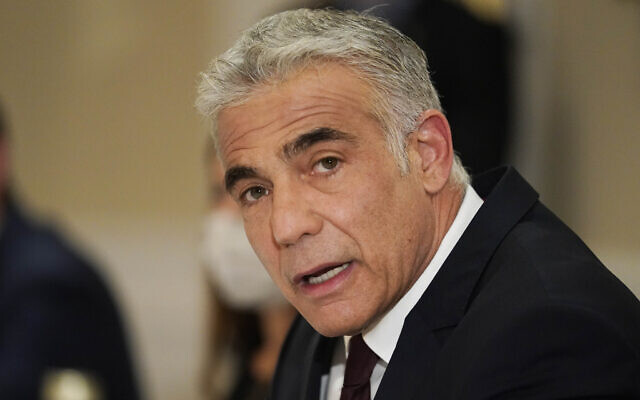 In a statement, Lapid said the invitation showed that the establishment of diplomatic relations and direct connections between the two countries and their citizens was “a top priority” for Israel.

“I thank His Majesty, King Muhammad VI, for the leadership and inspiration he gave to the process,” Lapid said. “I look forward to strengthening the political ties between Israel and Morocco and to building economic, technological, cultural and tourism cooperation between the two countries.” 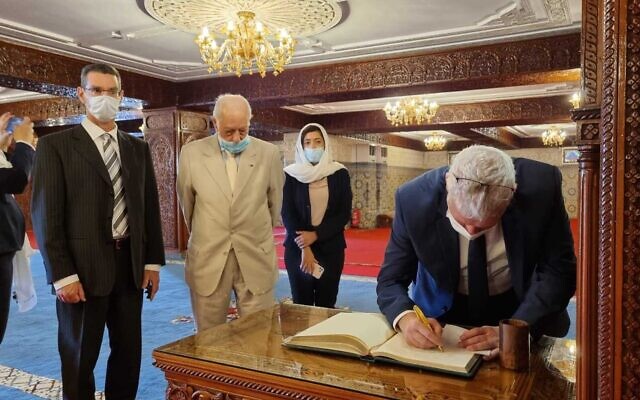 Alon Ushpiz, director general of the Foreign Ministry, signs the guest book at the Mausoleum of Mohammed V in Rabat, Morocco, July 7, 2021. (Courtesy)

“We would like to thank the kings in Morocco… for their friendship and support of the Jews of Morocco throughout history, a legacy that his majesty King Mohammed VI is carrying on,” Ushpiz wrote in the guest book in both Hebrew and Arabic.

He added: “The tradition of tolerance and moderation that has been left to us and the next generations is an inspiration for the renewal of ties between Israel and Morocco.” 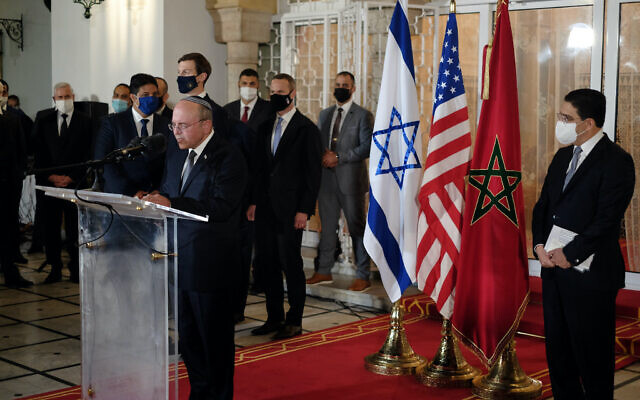 Also this month, a Moroccan air force plane touched down in Israel’s Hatzor Air Base, reportedly to take part in a multinational Israeli Air Force exercise later this month.

Judah Ari Gross and Times of Israel staff contributed to this report.