The decision by Lapid, who is now foreign minister, was hailed by a leader of Canada’s Jewish community, and moved Israel a step closer to filling a number of key diplomatic posts.

“I would like to thank Foreign Minister Yair Lapid for the trust and high regard in his decision to appoint me Israel’s ambassador in Canada,” said Hoffman. “Canada is a large and important country, and our close and positive ties with it represent a strategic asset for Israel’s national security.”

“I will fulfill this important mission out of a feeling of deep obligation and responsibility,” he pledged.

The position has been vacant since January 2020, when Nimrod Barkan stepped down.

The announcement was made on Hoffman’s 57th birthday.

David M. Weinberg, Israel Office director of Canada’s Centre for Israel and Jewish Affairs, the advocacy arm of the Jewish Federations of Canada, said that Hoffman was an experienced hand at foreign policy.

“When in Knesset, Dr. Hoffman served superbly for two years as Chairman of the Israel-Canada Parliamentary Friendship Association. He knows and values the Canada-Israel alliance — an alliance based on shared values and strategic interests — and undoubtedly will make a solid contribution to its expansion,” he said.

Hoffman came into the Knesset with Lapid when he was a freshman upstart, serving from 2013 to 2015. In addition to heading the Israel-Canada Parliamentary Friendship Association, Hoffman chaired the Foreign Affairs and Public Diplomacy subcommittee, and served on the Defense and Foreign Affairs Committee.

He holds a PhD in War Studies from King’s College London, is currently a lecturer at the Interdisciplinary Center Herzliya, and was a co-founder of the IDC’s International Policy Institute for Counter-Terrorism.

“The fact that Israel’s new government has moved quickly to fill this important post with a public figure close to FM Yair Lapid is a sign of the importance that Jerusalem accords to Israel-Canada relations,” Weinberg said.

After filling the Ottawa post, Israel still remains without full-time ambassadors in Paris and Canberra. Foreign Ministry sources told The Times of Israel that Lapid is now actively working on selecting the nominees for the open diplomatic positions in France and Australia, which are reserved for political appointees rather than career diplomats.

In the 2020 coalition agreement between then-prime minister Benjamin Netanyahu of Likud and Defense Minister Benny Gantz of Blue and White, the two parties agreed that Likud would choose political appointees to head Israeli missions in London, New York, Paris, and Canberra. In the coalition agreement with the Labor party, the parties agreed that the ambassador to Canada would be a Labor appointee.

But in practice, only some of the positions were filled, with Likud members Gilad Erdan serving in a double role as ambassador to the US and the UN, and Tzipi Hotovely representing Israel at the Court of St. James in the UK.

Netanyahu and then-foreign minister Gabi Ashkenazi (Blue and White) failed to agree on ambassadors to France, Canada, or Australia.

Israel’s envoy to France, Aliza Bin-Noun, stepped down at the end of 2019 and Mark Sofer finished his tenure as ambassador to Australia in October 2020.

Since then, those positions have been filled temporarily by charges d’affaires. 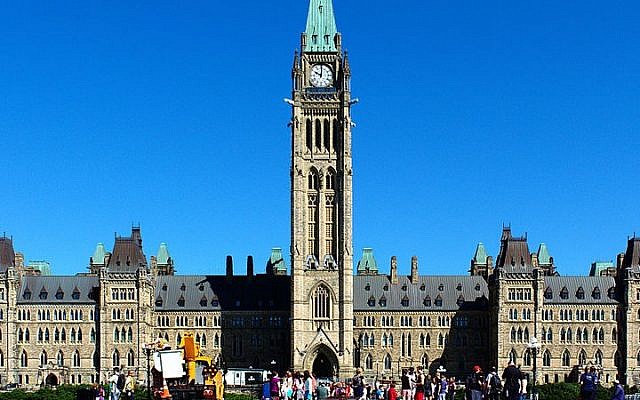 According to government decisions from 1999 and 2002, 11 senior diplomatic posts are reserved for the government — usually the prime minister and foreign minister —  to fill with political appointees.

The rest of Israel’s diplomatic positions are filled by Foreign Ministry professionals.

Israel’s ambassador to Canada is usually a senior Foreign Ministry professional in their last or penultimate post. Barkan, the former envoy in Ottawa, had been in the Foreign Ministry since 1977. His predecessor, Rafael Barak, was the ministry’s director-general before assuming the post in 2013.

Hilik Bar, a former Labor MK who has been active in parliamentary foreign relations, was slated to become the ambassador to Canada — and even began his preparations for the post — but the appointment was held up due to disagreements in the cabinet. Once the Netanyahu-Gantz government collapsed in December 2020 and became a transitional government, it could no longer approve political appointments.

For most of the period since Barkan left, Canada did not have an ambassador in Israel either.

The lack of representation did not significantly impact relations, as it coincided with the COVID-19 shutdown, and most business and political delegations stayed home.