After voting was delayed for nearly 48 hours as factions on the religious right and progressive left waged a bitter political battle, a coalition agreement was reached Thursday evening at the 38th World Zionist Congress outlining the incoming leaders of some of the world’s largest and most highly-funded Zionist institutions.

Thursday’s agreement, which was passed unanimously, sees moderate gains for the center-left parties and progressive Jewish movements. It also includes some concessions from the political right and Orthodox factions, which had garnered a slight majority and were poised to pass a sweeping coalition deal which would have marginalized the center-left.

The unusually high contention centered on control of the so-called Israeli “national” institutions — the World Zionist Organization (WZO) umbrella group, Jewish Agency, Keren Kayemeth LeIsrael – Jewish National Fund (KKL-JNF), and Keren Hayesod — which were all critical to the foundation of the State of Israel. Today, the four have a self-reported collective annual budget of over $1 billion.

The organizations, which constitute the backbone of world Zionism, are themselves apolitical, but their budgets can be wielded to further the agendas of the representatives heading them up. This can impact the execution and implementation of initiatives such as Jewish outreach, Jewish education, and recruiting new immigrants to Israel.

Yaakov Hagoel, left, during an event organized by the Zionist Council of Israel and the World Zionist Organization, at the Porat Yosef Yeshiva in the Old City of Jerusalem, February 7, 2014. (Hadas Parush/Flash 90)

According to a copy of the new coalition deal obtained by The Times of Israel, Yaakov Hagoel of the Likud party will head the World Zionist Organization, and the chair of the KKL-JNF will be split between the allied Likud party and Mizrachi faction.

The centrist Blue and White party, headed by Defense Minister and alternate prime minister Benny Gantz, will be able to select the replacement for current Jewish Agency head Isaac Herzog. The Yesh Atid party, once a part of Blue and White, will receive the vice-chairmanship of KKL-JNF, which entails control of its Finance Committee and the large budget it wields. Yesh Atid will also select the incoming president of the Zionist Movement.

The liberal groups who had stood to lose the most under the initially proposed — and ultimately altered — coalition deal included affiliates of left-leaning Israeli parties, the Reform and Conservative movements, and Hatikvah, a slate of prominent US liberal Zionists.

Non-Orthodox Diaspora Jews constitute a large majority of global Jewry but are vastly underrepresented in the World Zionist Congress due to lack of participation in the primaries. 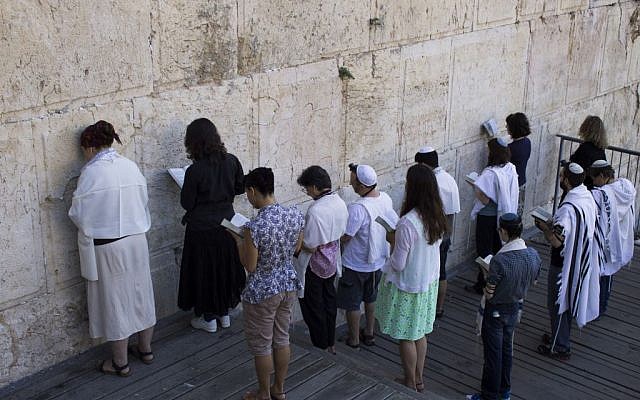 Conservative Jews pray at the section prepared for prayer for the Women of the Wall at Robinson’s Arch in Jerusalem’s Old City on July 30, 2014. (Robert Swift/Flash90)

Non-Orthodox Diaspora Jews have warned of a growing gap between themselves and Israeli Jewry, as Israel’s government continues to rely solely on its Orthodox rabbinate to conduct or approve lifecycle events such as marriages or religious conversions. The impact of this is more than sentimental — the Chief Rabbinate has the power to reject immigration applications or nullify marriages based on a person’s religious status.

The issue appeared to come to a head in 2016 when the Israeli government acceded to demands by progressive Jewry to build a permanent egalitarian prayer space at the Western Wall’s Robinson’s Arch area — and then reneged. A temporary space has since been constructed, but it is frequently used by Orthodox yeshiva students to conduct gender-segregated prayers.

According to Zvika Klein, the Jewish World Correspondent at the Hebrew-language Makor Rishon newspaper, the Zionist movement has historically been largely left-leaning and non-religious, and for many years representatives of the right wing and religious parties felt marginalized, though they too were part of the “wall-to-wall” coalitions. 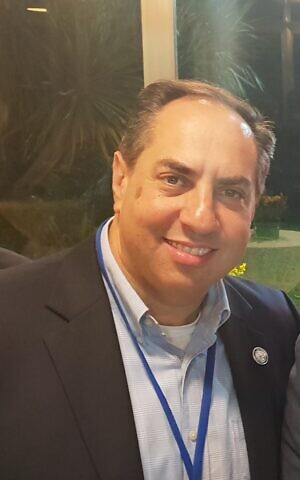 “The current makeup of the World Zionist Congress may… reflect the political landscape in Israel, where more people are voting conservative and more religious,” he said.

David Yaari, vice chairman of the nonpartisan Confederation of General Zionists, said that this was exactly what his faction was seeking to avoid when it helped broker the last-minute deal between the two bitterly divided sides.

“We did not want what was being threatened and imposed, especially upon the Diaspora — a one-sided agreement that would be borne out by the coalition and Netanyahu’s camp, and we did not want the Jewish world to feel that what’s happening politically in Israel is being manifested and imposed upon it,” Yaari told The Times of Israel.

When asked for comment on the results of the vote and the positions attained by the party, a Yesh Atid spokesperson told The Times of Israel only that “we will be wherever we can to advance our values and fight corruption.”