A treasure trove of materials in the archives of Tel Aviv’s Beit Ariela public library has been brought to life with the online performances of musicians, dancers and actors from the Itim Ensemble for “Gnazim, Awakening Old Letters.”

“Gnazim” is Hebrew for archives, and the basement of the library, adjacent to the Tel Aviv Museum of Art, has become the unlikely stage for a collection of artists now finding inspiration in letters written by children’s book author Leah Goldberg, poets Yona Wallach and Zelda, as well as other authors from the annals of Israel’s literary history.

They’re making music, moving their bodies and narrating in the spare, bright environs of the basement archives, with a first performance that premiered Monday night, December 28 on the Gnazim Facebook page (where it can still be seen).

Monday night’s 25-minute premiere included a dreamy look at Leah Goldberg’s personal photo album, followed by video art inspired by Goldberg against the narrated reading of one of her letters.

Another performance piece included portions of letters written by poet Yona Wallach to fellow poet Zelda, while the placement of the white archival boxes being taken off the shelf were turned into a kind of dance.

Using clever green-screen technology created by designer Tal Erez, the white archival boxes and drawers were covered with plastic green cards, making them into a screen for more poetic imagery.

Throughout, musician Asaf Roth sat at a desk situated at the end of one of the archives hallways, an array of instruments at his side to create the background sounds and music for this unusual performance.

It all feels somewhat artsy and fringe, but the project is grounded in Israeli historical figures whose words are being translated by performing artists with a very real appreciation for their creative forebears.

The project was born during the first coronavirus lockdown, when Zvi Sahar, director of the Puppet Cinema/Itim Ensemble, wanted to use the quiet, book-lined walls of the public library to make films for screening during the lockdown.

When Sahar took a full tour of the library, it included a glimpse of the orderly, white turnstile shelves of the basement archives, and “it blew my mind,” he said.

Sahar partnered with curator Anat Safran on the project, although it took months to figure out how to circumvent the coronavirus and its strictures. During lockdowns, they pored over the documents from the archives’ hard drive, pondering this unexpected cultural treasure.

“We accessed these resources, these letters, and gave them life again,” said Sahar. “It’s like a supermarket in there.”

“It’s an endless project,” said Safran. “We just chose letters for now, but there are all kinds of materials in here.”

The archived materials, including thousands of letters, photographs, manuscripts and other materials, are full of the writers’ personal dramas, images and desires, concepts that all feel very current, despite having being written decades earlier, said Sahar.

“We started to read the letters and we were looking for an idea that we could send to an artist, that would bring forth something to think about,” said Safran. 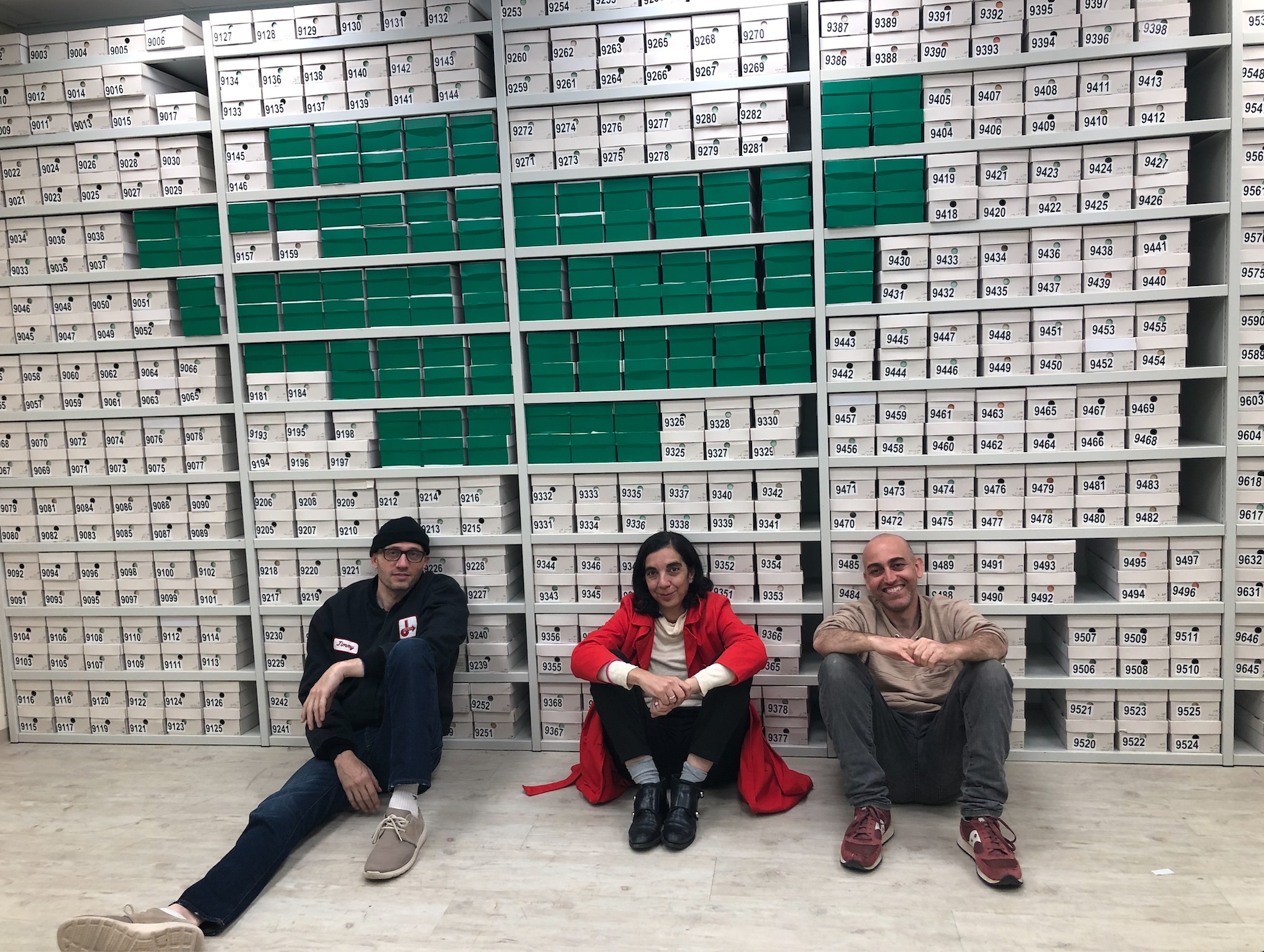 They first chose 100 letters, then narrowed it down to 60, then 40 and finally to 30, and that’s just “a first taste” of what’s in the archives, said Safran.

They then sent copies of the texts to all kinds of participating artists, looking for a response from them in their genre, whether music, theater or dance. Now it’s finally showtime for this archives-inspired performance art, that will take place online, with regular premieres on the Gnazim Facebook page.

(There’s also the Gnazim Itim Ensemble website created for the project, with access to dozens of readings, performances and texts from the archives.)

Each Gnazim performance usually consists of a musician and two dancers, filmed with five cameras, and always in the white space of the basement archives.

Anyone entering the website can access the letters in two different ways. One is by choosing one of the keywords in the left-hand column: “Women, children, men, love, politics, money, death.” The other is by choosing one of the typewritten or handwritten snippets on the front page, that range from “Dear girl!” “With great sorrow” to “The bad mood” or ‘With body and soul” and “In brief, a terrible film.”

Viewers can’t enter a writer’s name, but must select a text instead, thereby helping bring the letter to life once again, along with the artistic response from the Gnazim Itim Ensemble.

There’s also background text about each writer that isn’t a typical Wikipedia entry, said Safran, but “something kind of different, telling why we chose the text and a little history, things that Wikipedia doesn’t know, the story behind the letter.”