Israel’s Mediterranean coast, hit with tons of tar, after a suspected oil leak out at sea, was still largely contaminated, especially in rocky areas, the Israel Nature and Parks Authority reported Monday afternoon.

Some black patches were also visible in the water close to the shore and were being investigated, said INPA Director Shaul Goldstein, who flew by helicopter along northern beaches together with the organization’s marine unit head, Yigal Ben-Ari.

The INPA estimated that a long period will be needed to clear the tar contamination from the beaches and the rocky areas, including the abrasion platforms that serve as habitats for many marine creatures.

These are areas of bedrock that extend out from the foot of a coastal cliff into shallow waters.

An Israeli soldier wearing a full protective suit holds a piece of tar from an oil spill in the Mediterranean Sea, during a cleanup operation at Sharon Beach Nature Reserve, near Gaash, February 22, 2021. (AP Photo/Ariel Schalit)

The tar on the sands is mainly in small coin-sized balls, complicating collection and disposal, Goldstein said, while larger lumps are till covering the rocks. 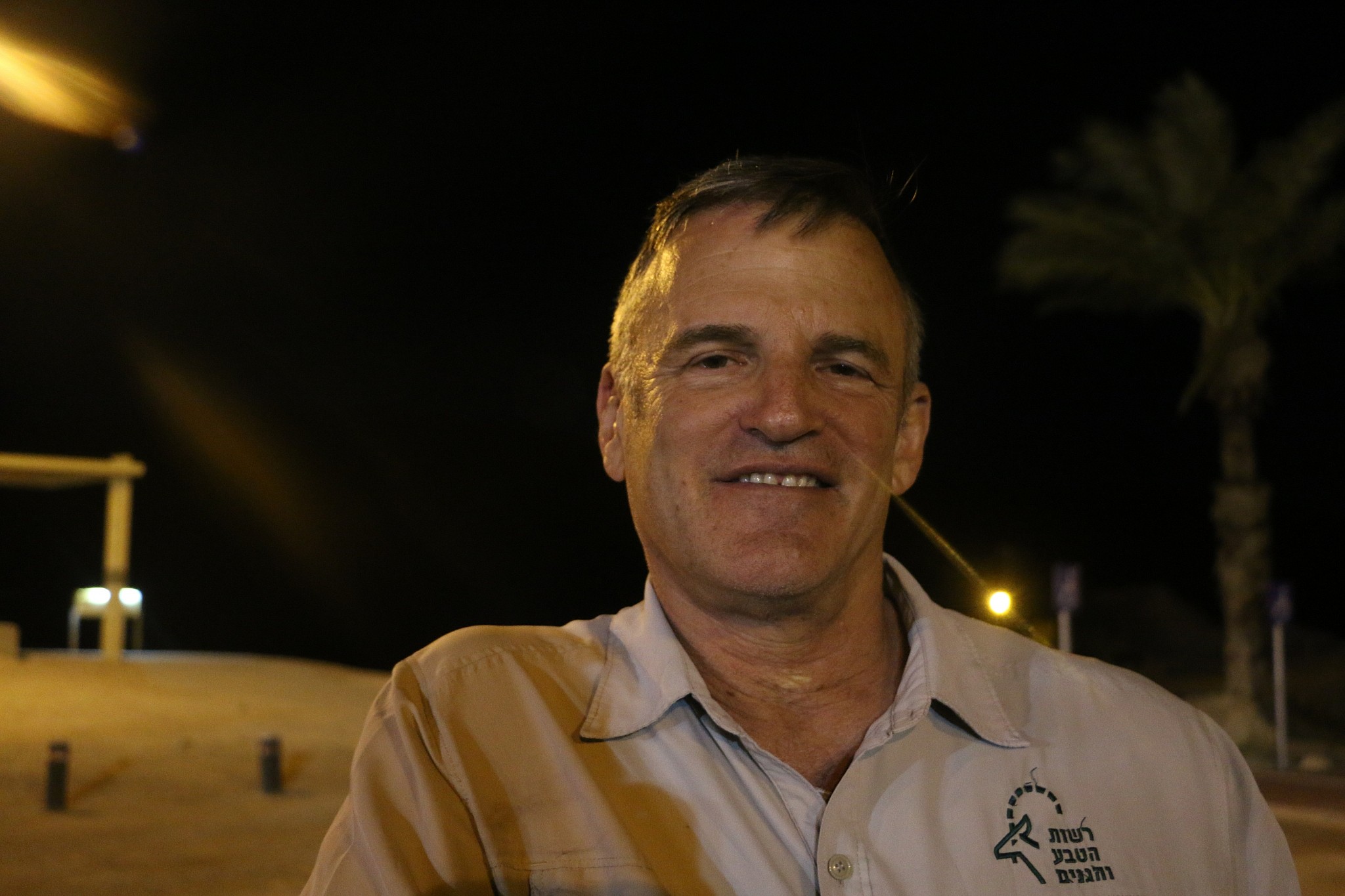 Shaul Goldstein, the director of Israel Nature and Parks Authority, is pictured outside the open-air auditorium at Masada, ahead of the premiere of ‘From Sunset to Sunrise’ on March 19, 2019. (Johanna Chisholm/Times of Israel)

In an update on each of the affected beaches that fall within national parks and nature reserves, the INPA noted as follows:

“At Rosh Hanikra, in the far north of the country close to the Lebanese border, and at Achziv, Shikmona, Bat Galim and Habonim beaches further south, most of the sand is now rid of tar, but the rocks are still highly contaminated and need further, strenuous cleaning.

“At Tel Dor, Beit Yannai, and Gador, the situation is somewhat better, with both the sand and the rocks substantially cleaned up. At Hasharon Beach, most of the sand and rock is still contaminated, as it is at Palmachim, in central Israel.

“In Ashkelon, on the southern coast, around half the beach has been cleaned, but at Nitzanim and Zikim, large expanses of sand are still polluted.”

On Monday, the INPA brought additional inspectors and other staff members to the affected beaches to undertake cleaning, alongside hundreds of volunteers and organized groups, including IDF soldiers. Thirteen stations offered information, guidance and equipment to volunteers, such as gloves, protectors to be worn over shoes and clothing, tools such as rakes and spades, and bags for collecting the tar. 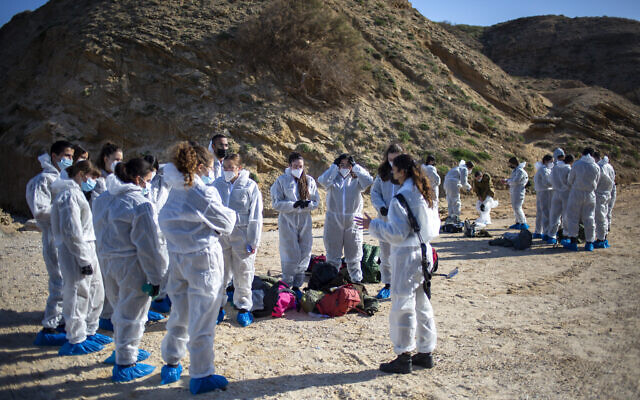 Israeli soldiers wearing protective suits listen to a briefing ahead of cleanup operations to remove tar from a beach after an oil spill in the Mediterranean Sea at Sharon Beach Nature Reserve, near Gaash, February 22, 2021. (AP Photo/Ariel Schalit)

The cause of the contamination — involving dozens of tons of tar spilled at sea — remains unclear and is under investigation.

Reports of the pollution first emerged on Thursday when a 17-meter dead baby fin whale washed up on Israel’s southern coast, along with other wildlife.

Volunteers who want to assist with the cleanup effort were asked to register online with the INPA.