The Israeli government and military feared during the early days of the 1973 Yom Kippur War that without a decisive victory on at least one front, the world would no longer believe the Jewish state could defend itself, according to transcripts of previously classified cabinet meetings and top-level security discussions that were released by the Defense Ministry on Thursday.

“I have been living — since the beginning of the campaign — with the feeling that we cannot leave [the war] in a situation that the world says: That’s it. What we thought about Israel and the [Israel Defense Forces]: That’s it,” then-prime minister Golda Meir said during one such meeting on the night of October 10, the fifth day of the war.

That sentiment was echoed by the IDF chief of staff at the time, Lt. Gen. David Elazar, who said Israel needed to make a major offensive push into Syria to demonstrate the country’s military strength and to force Damascus’s ally Egypt to accept an armistice along the 1967 ceasefire lines.

“We are ready to go back but the Egyptians aren’t totally ready to go back, but they’d be ready for a ceasefire for the following reason: That tomorrow we are bombing all of Syria, including the cities there, and that we are advancing into Syria, and the world will believe that we are strong. No one in the world recognizes our weakness, not in Israel, not in America, not the Arabs and not the Russians. Tomorrow they’ll believe it more, that we are preparing for this, that we are going to Damascus,” Elazar said during that meeting.

The transcripts of the discussions were cleared for publication on Thursday, though in some cases words and sentences were redacted from the text, despite nearly half a century having passed since the conflict. The release of the documents was apparently spurred by the popularity of a new television miniseries on the Yom Kippur War, titled “Valley of Tears” in English, or “Sha’at Neila” in Hebrew, referencing the prayer service said at the end of the Yom Kippur holiday.

The 1973 conflict marked one of the most significant intelligence failures in Israel’s history, with critical information failing to reach Meir and other decisionmakers in time due apparently to haughtiness and hubris following the IDF’s resounding victory six years prior in the 1967 Six Day War. On October 6, 1973, the Jewish holy day of Yom Kippur, the militaries of Syria and Egypt attacked military positions on the Golan Heights and Sinai Peninsula, respectively, catching the relatively small number of Israeli troops stationed there off-guard.

“We had a night that was not good. Compared to yesterday, on the [Suez] canal, it was a bit better. We succeeded in blocking them. But on the other hand, on the Golan, they broke through our lines in one shot with large quantities of tanks,” Elazar said on the morning of October 7, adding: “As of now, we have 81 killed, but that doesn’t include the Golan outpost (which had been overrun by the Syrian military).”

As a result, the government considered taking drastic action.

“Maybe we should bomb Damascus?” then-deputy prime minister Yigal Allon asked during the meeting that morning.

The IDF chief of staff dismissed the recommendation by Allon, who had served as a major general in the 1948 Independence War, arguing that such an attack on a Syrian city would likely draw a similar retaliation against the Israeli home front. 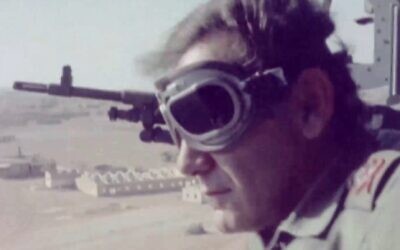 Then-IDF chief of staff David Elazar visits the Egyptian front during the 1973 Yom Kippur War, as seen in footage released from the IDF archives on October 6, 2020. (Defense Ministry)

“Technically there’s no difficulty for us to bomb [Damascus]. But practically they aren’t attacking cities, and I don’t want to start that,” Elazar told the minister.

Ultimately, the IDF would indeed bomb a number of times in Damascus, beginning with a major bombardment of the Syrian military’s General Staff headquarters in the capital on October 9. However, those airstrikes were retaliatory, coming in response to a Syrian missile barrage that hit the Israeli Air Force’s Ramat David base, killing one pilot and injuring several airmen, as well as several nearby civilian communities.

Following a few days of dogged fighting, the IDF regained control of the Golan Heights, largely beating back the Syrian military and launching a counteroffensive into the Syrian homeland. The battle with Egypt was far more difficult, with Egyptian forces managing to penetrate deep into the Israeli-controlled Sinai.

“I agree with the chief of staff that our credibility is going to run out. If there’s not a turning point, then our friends and enemies will reach the conclusion that the State of Israel is weak. Once there is that conclusion, there’s no doubt that the Arabs will want it all and won’t settle for a small amount,” Tal said. 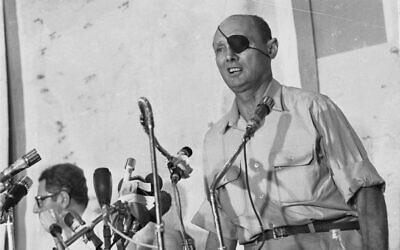 However, Tal differed with his commander, and with defense minister Moshe Dayan and prime minister Meir, affirming that the way to win the war was by focusing on dealing a decisive blow to Syria with the hope that that would force its ally Egypt into accepting a ceasefire. Thus, Tal called for the military to divert its resources from the Syrian front, which was under control, to the Sinai.

Tal was largely alone in that view.

“We need them to shout that we’re approaching Damascus,” Dayan said during a meeting earlier that day. 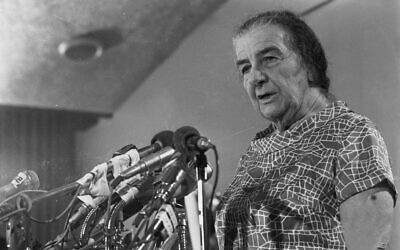 The premier signed off on the IDF pushing into Syria in a counteroffensive to “smash” the Syrian military’s divisions and knock it out of the war, but not yet to capture Damascus.

In the end, the IDF would get within a few dozen kilometers of the Syrian capital, close enough to shell it with artillery, but never conquered it.

On October 10, the government and military became focused on concerns that a ceasefire would be ordered by the United Nations Security Council, potentially halting the gains that the IDF was making. The two main options on the table were a ceasefire along the 1967 lines or one “as it is,” with each military maintaining its gains or losses. Though this latter option was acceptable to Israel on the Syrian front, it was less desirable in the fight against Egypt, which still had troops east of the Suez canal.

“I have a forecast that a decision will be made with a majority of the Security Council to call for a withdrawal to the 1967 [lines]. There will be an American veto for that,” Meir told senior leadership on October 10.

Dayan said he understood from then-US secretary of state Henry Kissinger that Israel had to improve its positioning.

“We have a problem not just with equipment, but also with pilots, etc. We have a quantitative problem. We could take the canal tomorrow, but it would cost us dearly in human lives,” he said. 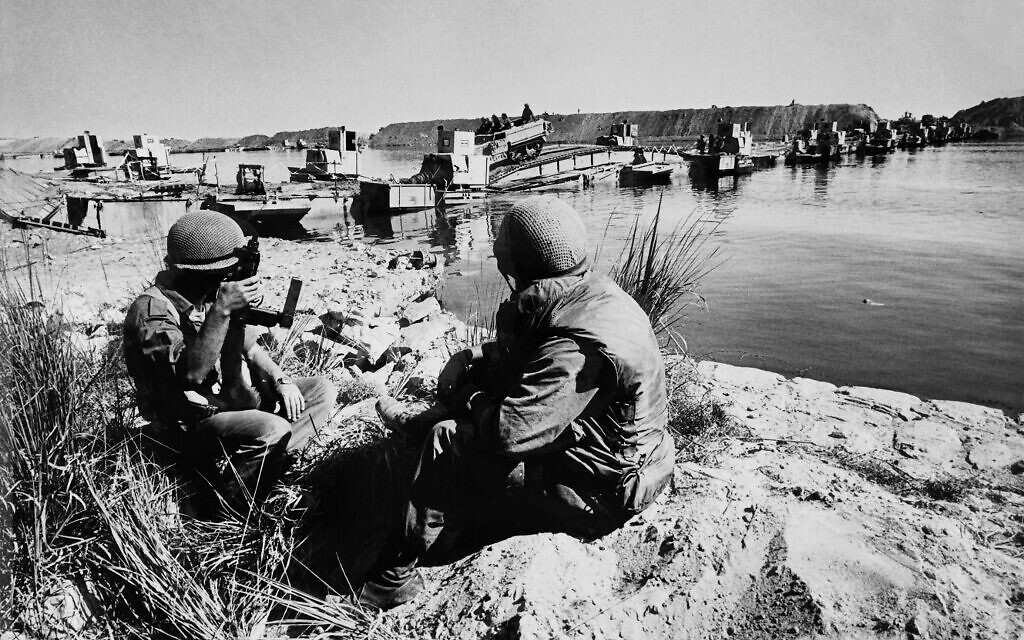 Ultimately, no ceasefire was immediately ordered by the UN Security Council. The fighting continued for almost another two weeks — enough time for Israel to significantly improve its position on the Sinai front. A ceasefire was declared on October 22, but it was almost immediately broken by both sides.

Within three days, the IDF had further improved its situation, surrounding Egypt’s Third Army and effectively halting Cairo’s ability to launch further attacks. A new ceasefire was negotiated on October 25, though fighting continued on and off for months.

In total, over 2,500 Israeli soldiers died and thousands more were injured in the fighting, along with thousands of Egyptian and Syrian troops.